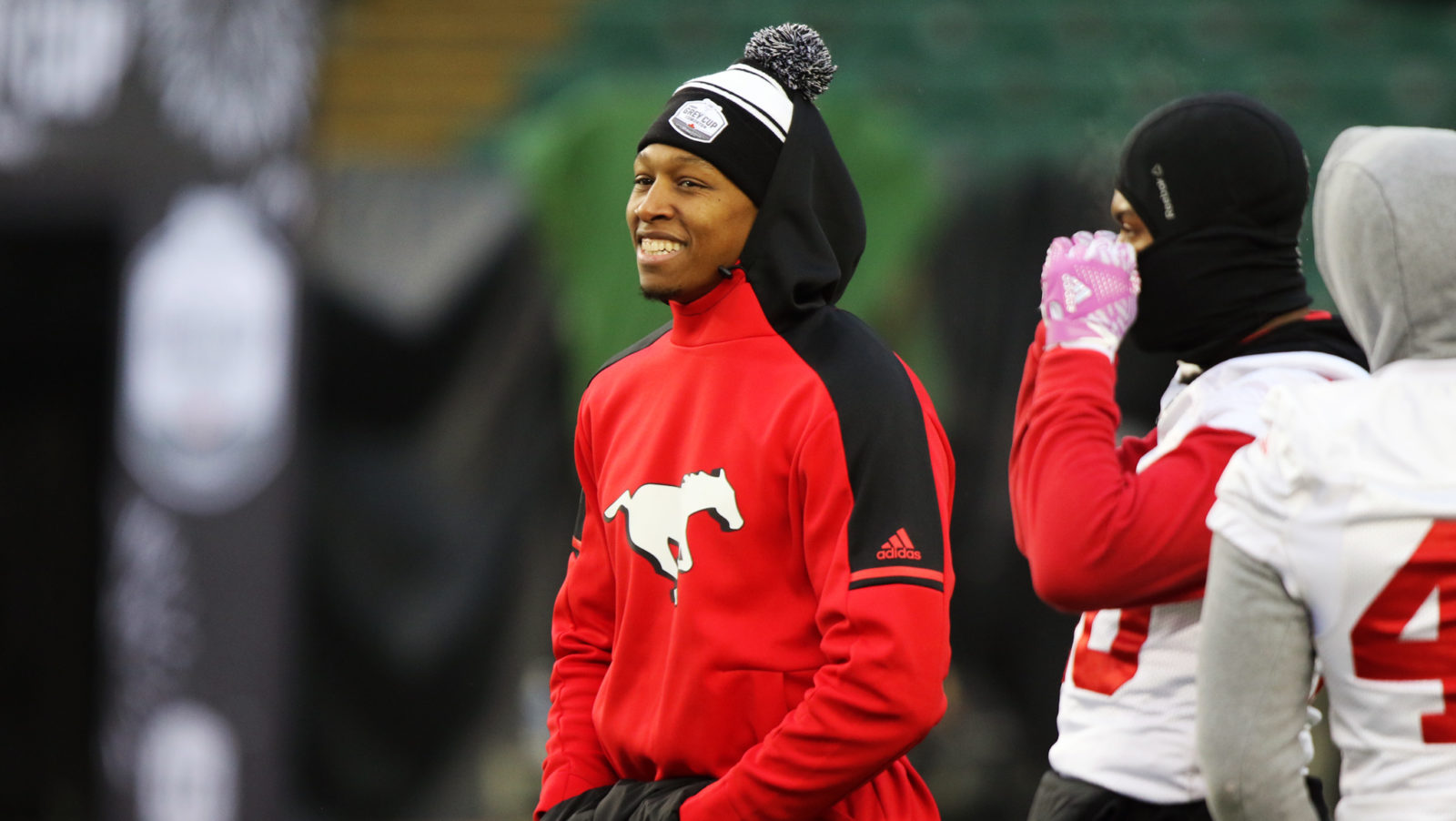 CALGARY — When the 2021 CFL schedule was released a few weeks ago, there was one game Kamar Jorden had circled right away.

It wasn’t a rivalry game between the team’s Alberta neighbours or a Grey Cup rematch, it was the very first game of the year.

“The first game,” Jorden laughed as he spoke with StampsTV last week when asked what game he’s most looking forward to. “The first game for me. I just want to get back on the field and get back to playing football. It really didn’t matter, honestly, who it was (that we would play) the first game. Just for there to be a schedule in 2020 just put a smile on my face. I’m just ready to play whoever”

That’s been the mutual feeling around the CFL for this entire year; let’s get back to football.

2020 has been a long, gruelling year for many people as the COVID-19 pandemic put a hault on regular life. But even more for Canadian football fans, it’s been a long year without seeing their favourite players hit a field somewhere in Canada.

That’s likely why the release of this year’s schedule was even more exciting than usual for fans, players and everyone in between.

The 2021 schedule focusses more on division matchups, giving fans the chance to see more of the exciting rivalries they love. One of those rivalries is between the Stampeders and the Saskatchewan Roughriders and they will meet in Week 3 for the first of a home-and-home series.

“First of all, Sask is always a tough team, they’re always a disciplined defence, they’re always a skilled team on defence,” Jorden said. “We’re going to have to be able to start the season off fast. There’s really no way to build up, we’ve got to really be firing on all cylinders to get those wins and we want to get all three wins here in Calgary and when we go to Sask.”

Jorden also says with more of a focus on divisional games, it will only add to the trash talk that he and the rest of the league engage in.

“It’s been a year where we haven’t been able to necessarily trash talk the Riders, trash talk BC or whatever the case may be,” said Jorden. “I think the fans, the players, everybody associated is just ready to get back into that. I think starting with those back-to-backs in the West is going to be a big time for us to get talking and letting everybody know that Calgary is about to take over a whole other decade.”

As everyone has had to do without CFL football this year, Jorden has found creative ways to keep busy. He moved to Calgary and has been putting in work and running routes at McMahon Stadium.

He’s also been building his brand, thanks to a recommendation to read a book about athlete branding from his former teammate Juwan Brescacin.

“I just put it all together and let my creative spirits take off and see if people liked it,” he said of the merchandise that he’s released this year. “I’ve been getting a good response so far. I’m going to keep doing it for the fans or anybody who really wants to support or who really just likes the things I’m putting out there.”

He’s also gotten into coaching, thanks to former CFLer Keon Raymond, as he hoped to stay involved in the Calgary community during the break in play. He, along with a few other Stampeders including Hergy Mayala, became coaches in Raymond’s seven-on-seven league.

“I know for sure when I came up here, knowing that I wasn’t going to be able to play, the one thing I wanted to do was be involved in Calgary, the community Calgary football somehow,” he said. “Linking up with Keon was the perfect opportunity.”

After his season-ending knee injury midway through the 2018 season, Jorden’s road to recovery has been long and winding. He was able to return to action during last year’s playoffs, playing in the Western Semi-Final, but that was his only chance at hitting the field in 2019.

“If I can take any positive away from this year,” he said. “(It’s that) I have a whole other year to prepare and get stronger and be more explosive and try to be better. I want to be better than I was in 2018, that’s really my goal.”