S.J. Green is currently biding his time at home in Florida, waiting for the opportunity to get back to doing what he loves most.

It’s been an extended time away from the field for Green, and he knows the dangers of the COVID-19 outbreak better than most, being in one of the hot zones of the United States currently.

“My family and I are all safe, which is good,” Green said to MontrealAlouettes.com. “But it’s a difficult time. The world is changing right before our eyes. We’re having to take different precautions to stay safe, and for the most part, we’re doing so. We’re just trying to adjust to the adjustments that have been put in place by the governor and the state government.”

With the 2020 CFL season being pushed back, the veteran pass-catcher is still looking for an opportunity to play one last year before bringing his illustrious career north of the border to a close.

With a proposed shortened season, there should be a chance for him to play, as teams will be looking to have sure-handed, veteran options in the condensed style that has been proposed.

RELATED
» MMQB: Drama and high stakes would punctuate a shortened CFL season
» Nichols: ‘What I wanted was a team that believed in me.’
» Winnipeg tentatively chosen as Hub City for possible 2020 CFL season 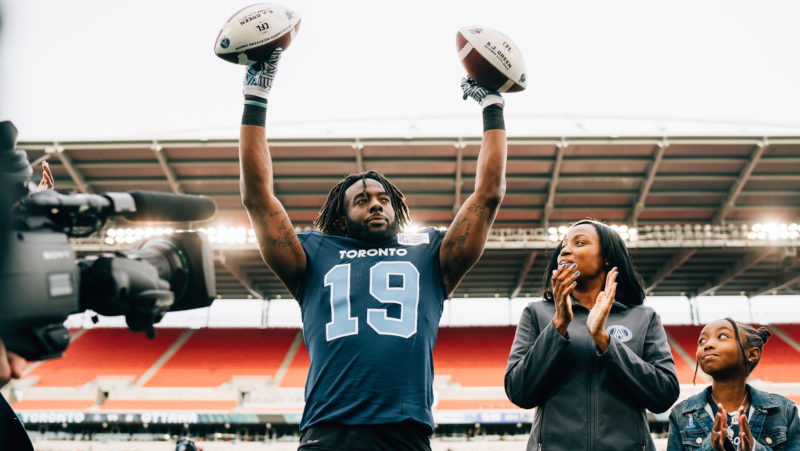 S.J. Green salutes the crowd at BMO Field after being honoured for surpassing 700 career catches and 10,000 career yards. (Johany Jutras/CFL.ca)

Green broke into the CFL as a member of the Alouettes, starting off on the practice roster before grinding his way into the fold. He cemented himself as a full-time contribute at the perfect time, as he helped the Alouettes bring home a pair of Grey Cup championships in 2009 and 2010, respectively. Every year from 2011-2015, he was named an East Division All-Star. He also had 10-plus touchdowns on two occasions for Montreal, scoring a career-best 13 times in 2013.

“My years with the Alouettes were beautiful. It was some of the most fun that I’ve ever had in my life,” Green said. “We won two championships and I met some of my good friends that I still talk with to this day. It was a special time in my life and it’s something that I will never forget. Montreal will always hold a special place in my heart. I would love to return to Montreal for my last season.”

Ahead of the 2017 season, Green was shipped out of Montreal, landing with the Toronto Argonauts in exchange for a pair of late-round draft picks. It didn’t take long for him to get acclimated to life in the Double Blue, as he set a new career-high for yards in a game with 210 against Ottawa REDBLACKS.

In his first full year with his new squad, Green reeled in 104 catches for 1,462 yards and 10 touchdowns. It was the best season he’d had in his career to date. That standout campaign earned him the second CFL All-Star honours of his storied career. The team finished in first place in the East, and with Green and Ricky Ray leading the way, the Boatmen made it into the 105th Grey Cup and toppled the favoured Calgary Stampeders to take home the 17th title in franchise history.

Over his three years with the Argonauts, Green has been the picture of consistency, finishing with at least 80 grabs and over 1,000 yards in each season. He was also named an East Division All-Star in all three campaigns.

Green managed to have another great year for Toronto in 2019, finishing with 85 catches for 1,039 yards and four touchdowns. But the year served as much more for Green, as he was able to surpass the 700-catch and 10,000-yard plateaus against the Ottawa REDBLACKS in Week 18. He became just the 18th player in league history to surpass the 10k mark. 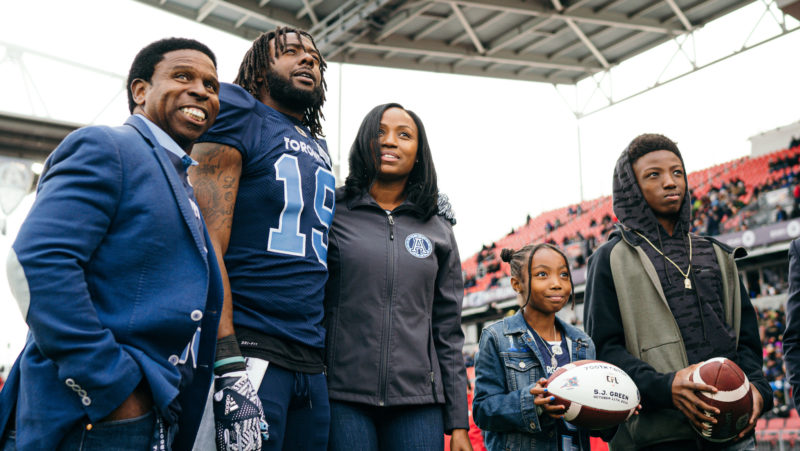 Following the 2019 season, Green opted to try his hand at playing down south, signing with the now-defunct XFL. He was acquired on the waiver wire by Seattle before being traded to Tampa Bay, where he reunited with Trestman.

After the league went under due to the COVID-19 outbreak, Green started looking for his next landing spot in the CFL. He’s still a free agent at the moment, but he’s hopeful to land with the team in the event that a 2020 season takes place.

“I still have an itch to play this game,” Green said. “I still love it and I’m still looking to join a team in the fall if there is a season. But if not, I’m happy with how my career has been set forth and how it ended if it is over.”