TORONTO — Fifty-three of Canada’s draft-eligible football players will convene this weekend to take part in the CFL National Combine presented by New Era.

Some names, like Hec Crighton-winning quarterback Tre Ford, or Crighton-nominated receiver Tyson Philpot, will resonate with Canadian football fans more than some others. We’ll use this space to introduce you to most of the names in the top-10 of the CFL’s Scouting Bureau’s winter rankings, as you’ll likely be hearing these names again on May 3, when the CFL Draft rolls around. 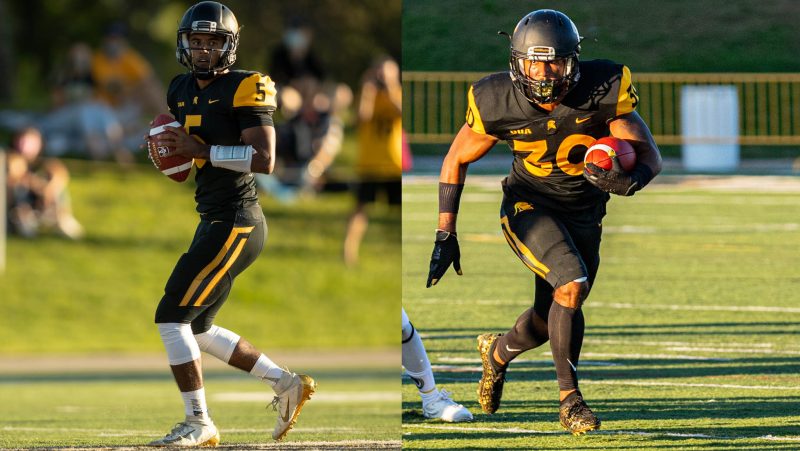 The combine of brotherly love

For each of the aforementioned award-winning and nominated players, there is an identical twin brother counterpart and together, they take up four of the spots in the Scouting Bureau’s Top-10.

Tre and Tyrell Ford, (ranked sixth and ninth, respectively) along with Jalen and Tyson Philpot (ranked second and fifth, respectively) cover a great amount of talent in this year’s draft class and will draw a lot of attention this weekend. Both Ford brothers tested very well at the University of Buffalo’s pro day last week, with discussion of Tre having NFL opportunities open up for him thanks to his 4.45-second 40 (Tyrell, a defensive back, ran it in 4.44 seconds).

Jalen and Tyson, both receivers at the University of Calgary, are the only receivers in the Scouting Bureau rankings. They’ll do battle to see which of them will fare better in the combine and to see who goes first in the Draft in May.

One thing that links both pairs of brothers? The connection they have with their fathers. Cory Philpot played eight seasons in the CFL for the BC Lions and the Winnipeg Blue Bombers. His sons are hungry to make it to the CFL and get the chance to play in front of him.

While the Ford’s father, Robert, didn’t play in the CFL, he has been instrumental in their development. He enrolled Tre and Tyrell in football when they were six and coached and mentored them through to their commitments to Waterloo.

A pair of o-linemen ready to show out

Zack Fry and Noah Zerr (sitting eighth and 10th, respectively in the winter rankings) come from opposite ends of the country with similar goals. Fry, from the reigning Vanier Cup champion Western Mustangs, and Zerr, from the Saskatchewan Huskies team that lost out in the championship game in 2021, will be working to impress scouts and trying to be the highest-chosen offensive lineman in the CFL Draft. Zerr (six-foot-seven, 330 pounds), was a first-team All-Canadian last year, while Fry (six-foot-six, 300 pounds) was a second-team All-Canadian selection.

Both prospects have solid CFL role models. Zerr lists his as former Riders’ OL Ben Heenan. Fry aims to model his game and career after a pair of well-decorated tackles, in Hamilton’s Chris Van Zeyl and Winnipeg’s Stanley Bryant. 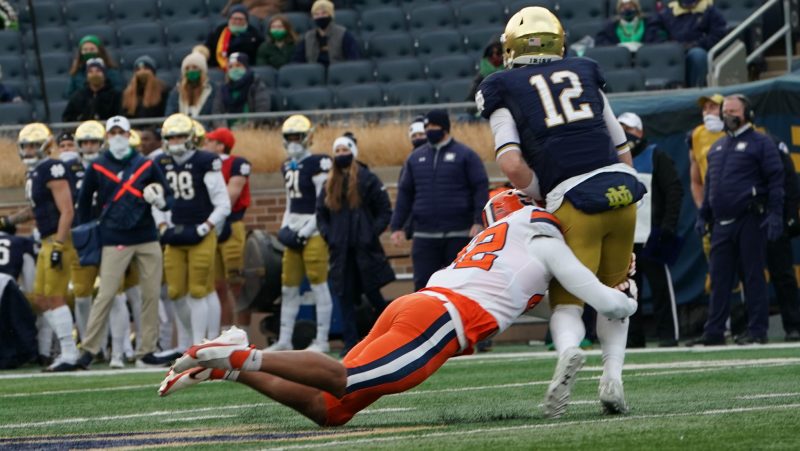 Syracuse’s Tyrell Richards has some successful people with CFL knowledge around him, in his father Joseph and a pair of second cousins, in Junior and Steven Turner (Photo: Syracuse University Athletics)

Syracuse linebacker Tyrell Richards has no shortage of people to turn to when it comes to learning the ropes of the CFL. His father, Joseph Richards, played for the Ottawa Rough Riders and BC Lions.

Richards’ second cousin is Junior Turner, who played for the Stampeders and another second cousin, Steven Turner, set a CFL combine record in 2010 with a 4.31-second 40-yard dash. Steven Turner went on to play for the Argos.

As you make your way through the Top-10 prospects, more and more family ties begin to emerge. Western DL Deionte Knight would like to follow in his father’s footsteps this year. His dad, DeWayne, played for the Bombers, the Riders and the Lions through the 1995 and 1996 seasons. Deionte looks to his dad and more recently, former Wilfrid Laurier d-lineman and current Ottawa REDBLACK, Kwaku Boateng, for inspiration as he embarks on his own CFL career.

That brings us, finally, to Enock Makonzo, who sits at third in the winter rankings. The Coastal Carolina defensive back from Lachine QC will hope to go through the same process that his brother, Ethan, did last year, if not a little faster. The Montreal Alouettes chose Ethan in the sixth round a year ago. A home-province reunion with some family would be a great story. Enock can put in work this weekend to try to make that happen.