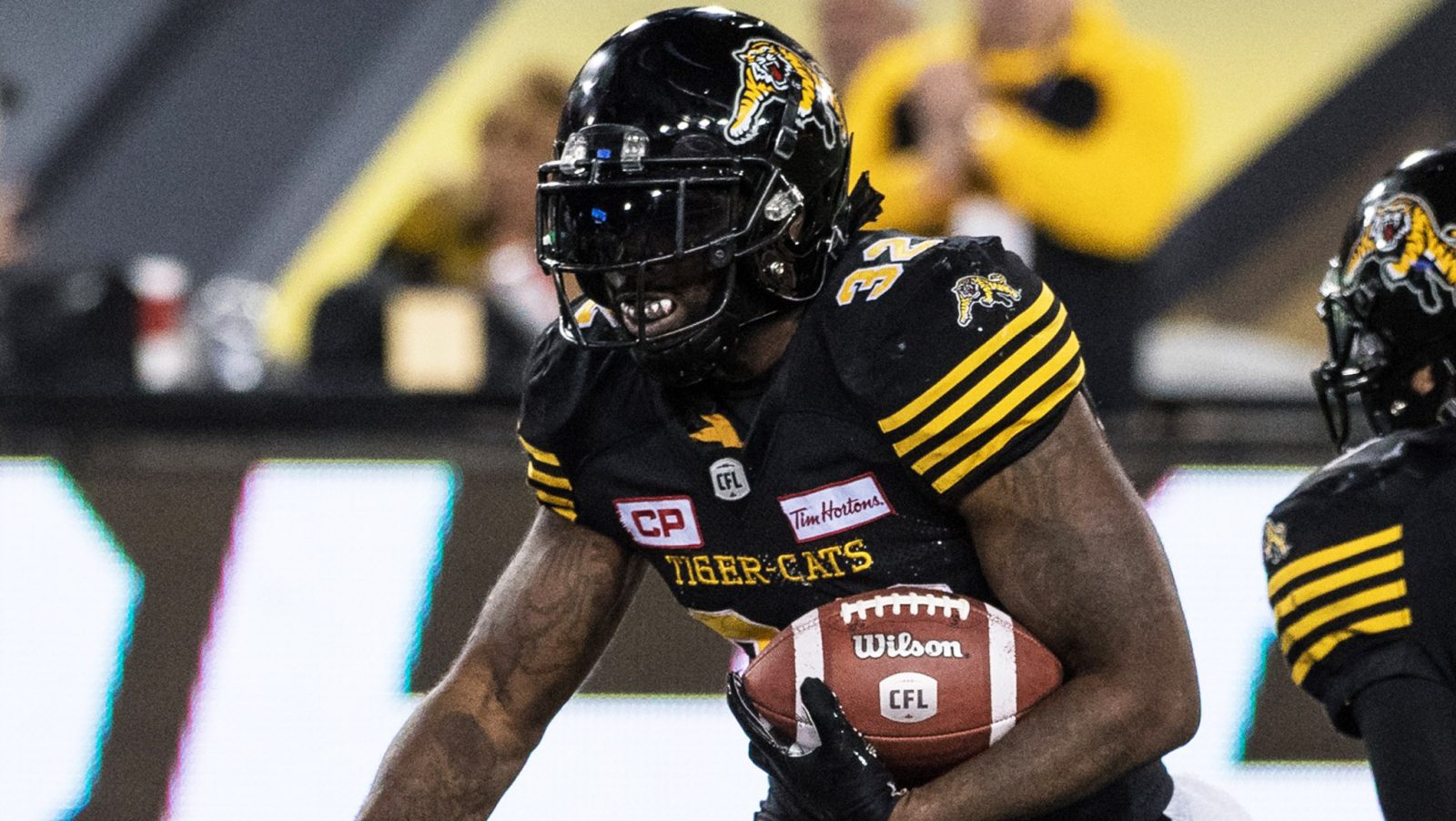 HAMILTON — He hadn’t donned the black and gold in a few years but once C.J. Gable decided to announce his retirement this week, he knew he wanted to end his career as a member of the Hamilton Tiger-Cats.

“You guys are family,” Gable told Ticats’ digital host Louis Butko. “I consider you guys family. You gave me an opportunity to play again. I was down. I knew I was good but I was questioning myself and why I’m not playing. Then I prayed on it and you guys came along and gave me a shot.”

Gable signed a one-day deal with the club that he spent five of his seven CFL seasons on Thursday so he could officially retire as a member of the Ticats.

RELATED
» Bio: C.J. Gable by the numbers
» Gable signs one-day deal to retire as a Tiger-Cat
» Steinberg’s MMQB: Get refreshed with a 2019 crash course, part 2
» Hanging Up The Cleats: Bryant Mitchell announces retirement

After the cancelled 2020 season, Gable had more time to spend with his family, including his young daughter. It was something that he really loved, being home to watch her grow up, and that was a factor in his decision to call it quits.

“The best move for me is to let it go right now,” he said. “And just focus on (my daughter) and focus on my family and coaching now.”

Although he’s hanging up his own cleats, Gable isn’t going too far away from football. He’s been coaching at a high school, Saint Genevieve, near his home in California. He says it’s the perfect way to stay connected with the game he loves so much.

“I’m loving it. It’s fun,” Gable said. “It’s keeping me still in the game since I can’t be out there playing again, I had to keep some football in my life. That’s the best way. To teach these young kids the right steps to get where they want to go.”

Over Gable’s five years with the Tiger-Cats, he suited up in 51 games and tallied 407 carries, 2,372 rushing yards and 17 major scores.

The 33-year-old was traded from Hamilton to Edmonton in the middle of the 2017 season, where he took over as the team’s lead tailback and really found his footing. He hit the 1,000-yard mark for the first time in his CFL career in his first full campaign donning the green and gold in 2018 and followed that up with another 1,000-yard season in 2019.

Gable was also named an East Division All-Star twice (2013, 16) and was a runner-up for the CFL’s Most Outstanding Rookie Award in 2013.

But if it wasn’t for the Tiger-Cats organization, he says, none of this would have happened.

“I’m happy about the decision,” said Gable. “I’ve had a great career. I went far. I did things that other people haven’t done and I had fun. (It was) a great experience, especially playing with Hamilton. That was the first team I’d ever been a part of. The first team that gave me a try. I tried out for three or four teams and they all said no and I didn’t play football for two years. (Hamilton) gave me a try. I’m always grateful for that.

“That’s why every game I gave it my all because I never knew when was going to be my last game and I was just thankful for them giving me the opportunity to play so I never wanted to let them down. ”

“I really appreciate everything you guys have done for me,” Gable continued, addressing the Tiger-Cats and Tiger-Cats fans. “(You) embraced me, brought me in when I was down. You gave me an opportunity to showcase my abilities. You guys embraced me like a true family. Some fans out there even brought me over to dinner.

“It was a blast playing in front of you guys. I’ll never forget. I’ll always remember the memories that I had for Labour Day games and playoff games.”