I’m starting this off with my favourite thing from Week 6 that has now rolled, literally, into Week 7.

Lucky Whitehead‘s entrance to BC Place last week ahead of his pretty great performance against the Ottawa REDBLACKS was all kinds of amazing. First of all, the mini-bike is incredible. But the hat and Teenage Mutant Ninja Turtles backpack combo? *Chef’s kiss*

And if you didn’t see it, Lucky showed up to practice in similar fashion. Why would you do anything different after scoring a return touchdown to go along with three catches for 82 yards?

Luckily for me, I had Lucky on my fantasy team last week. I also took his quarterback, Michael Reilly, who’s four touchdown performance gave me my first big outing from a pivot this season.

Here’s the rest of my team: 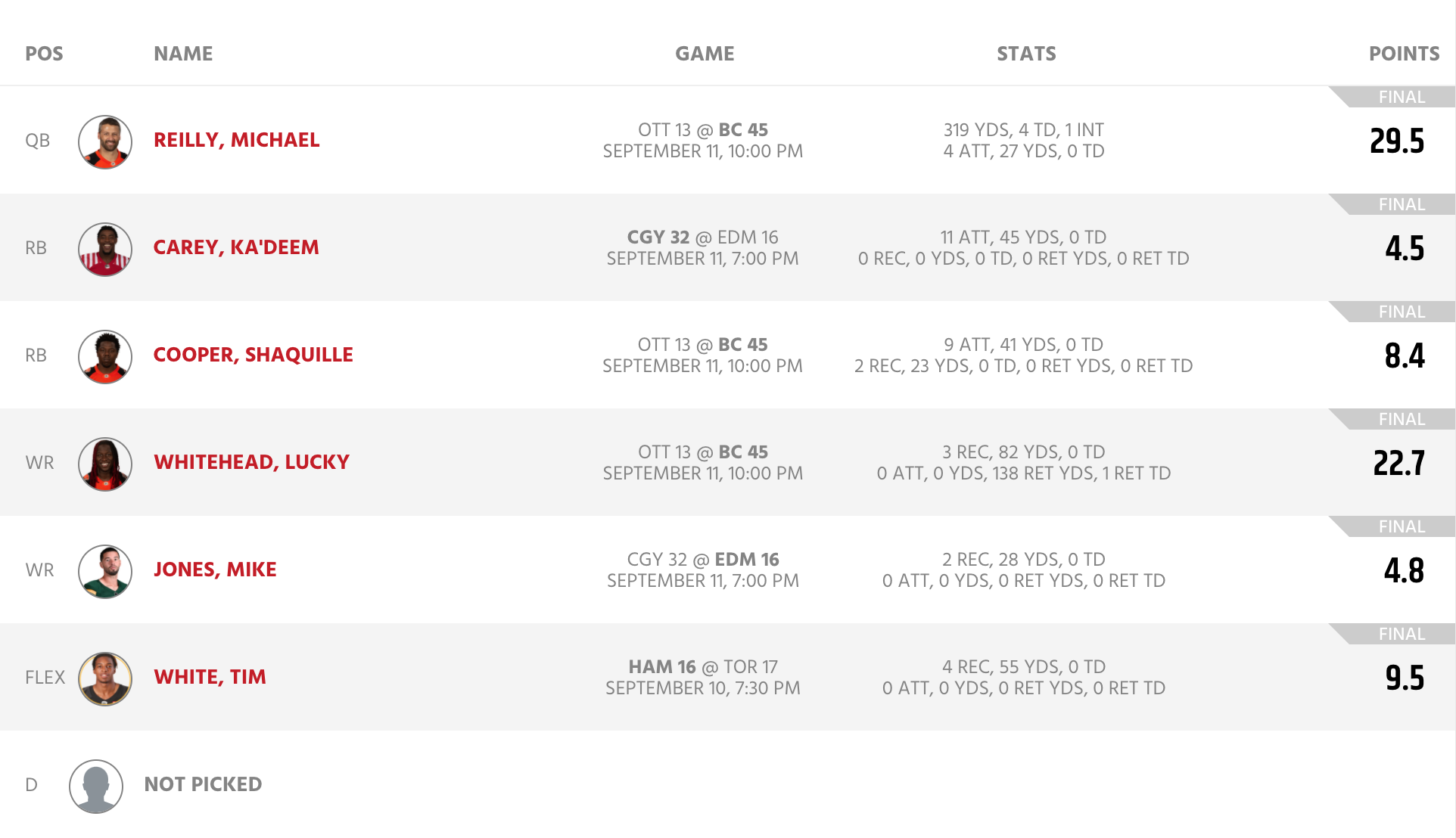 I’m taking Michael Reilly again this week and at running back going with James Wilder Jr. and Ka’Deem Carey. While Carey gave me next to nothing last week, I’m hoping that the Stamps will run the ball a little more on Friday night.

At receiver, I’m going with Jevon Cottoy and Kian Schaffer-Baker. My usual suspects haven’t been giving me the production I’ve been looking for so I’m hoping these two guys help me out. Plus, with Schaffer-Baker at $2,500, how could I not? Darvin Adams is my flex player and, as always, I’m rolling with no defence. 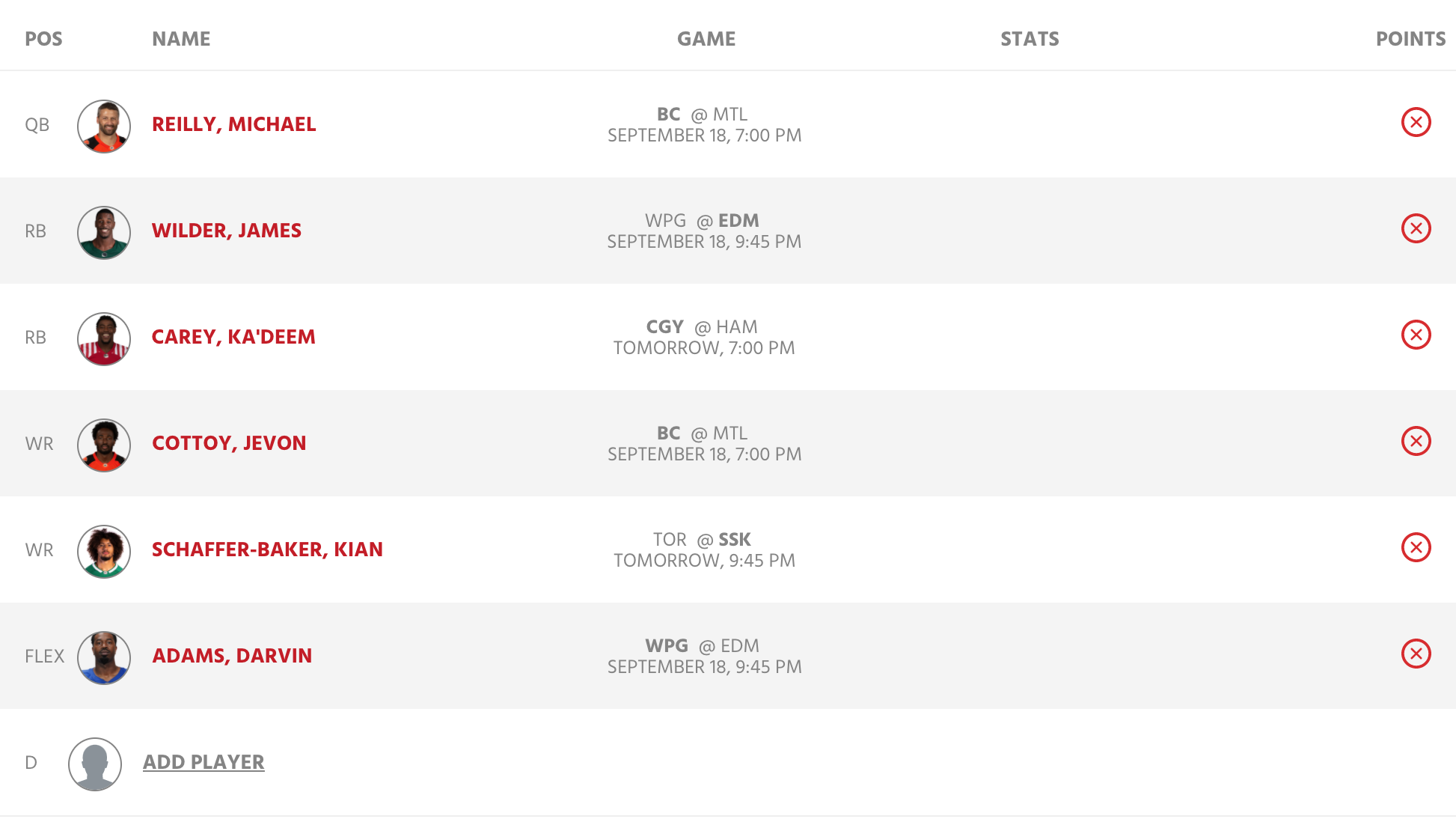 I’m taking Bo Levi Mitchell and the Stampeders to leave Hamilton with their third win of the season. After all, Bo Levi doesn’t lose against Hamilton.

Some may not like this pick (sorry, Rider fans!) but I’m taking the Argos this week. It’ll be difficult for them in a hostile environment but I think they can leave Regina with the W.

I know the Lions won against a struggling Ottawa REDBLACKS team last week, but they were explosive on all sides of the ball. Although I don’t expect them to put up 45 points again and their defence will be challenged with Vernon Adams Jr. at QB, I think they take that momentum to Montreal and come out with a victory.

I’m not picking against the Bombers. That’s it. I’m just not.