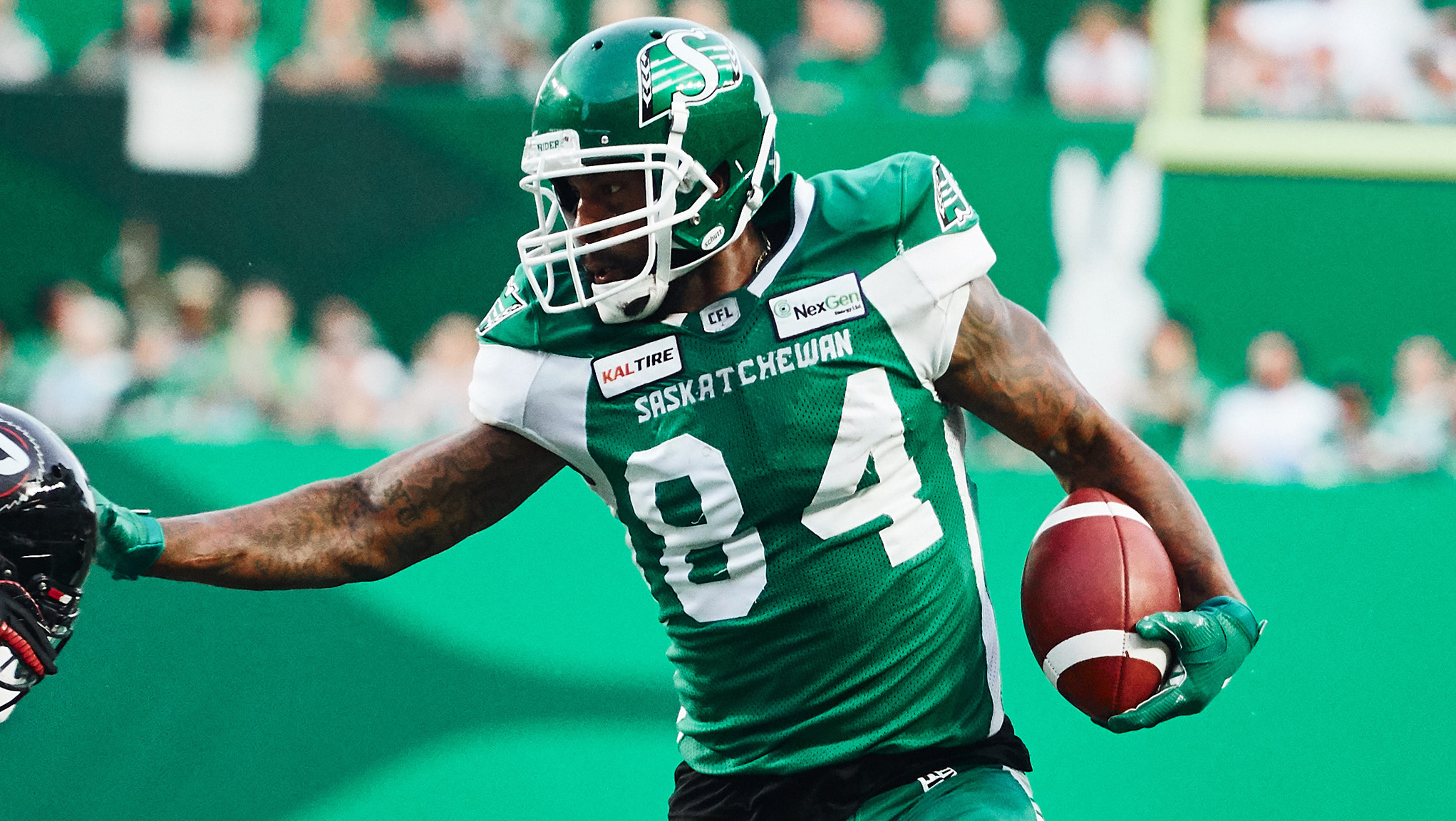 When I first started covering the Canadian Football League there was an aging, but spectacular elite class of receivers.

Nik Lewis, Geroy Simon, Weston Dressler all come to mind but at the top of many media and fans all-star pass catching minds were the names Adarius Bowman and Manny Arceneaux.

I understand how easy it is right now to get days, weeks, hell even years confused. I recently had a friend tell me they were nursing a leg injury and my immediate response was, “wow, no pond hockey for the rest of ’21 then?!”

At first I felt ashamed for not knowing the year less than a month after we turned the calendar, but then I came to peace with the fact that life has been so unusual over the last two years I don’t know why I would ever expect my internal clock to know exactly where we are.

All of which leads to Wednesday afternoon when I saw reports of Adarius Bowman and Manny Arceneaux simultaneously signing in Edmonton to revive their CFL careers.

Like many of you, I blinked several times, then I pinched myself to make sure I was conscious. Wondering if it was a meaningful anniversary for either and what I actually saw were old posts being re-shared I searched through social media until, until..

I have to admit my first thought was what are the Elks doing? Making a splash with names people know is one thing, but it’s been a while for both and selling season tickets with that as the hook didn’t make any sense to me. The first image that struck me was Heath Ledger in The Dark Knight – which is somehow now 13-years old – snapping a pool cue into two as The Joker before handing it to two presumed combatants with the message being that only one would survive and get the job.

Morbid yes, accurate maybe? Could Edmonton really carry two veteran receivers like Arceneaux and Bowman at the end of training camp? How will they fit in with Shai Ross, Mike Jones, Tevaun Smith and James Wilder Jr.? Will Greg Ellingson re-sign in Green & Gold? What would their signings – if anything – mean to him?

All of these questions are important but as always in the CFL the question returns to quarterbacking. Would Nick Arbuckle’s style and Stephen McAdoo’s system match with either veteran to the level both could earn a dress roster spot? What if this speaks to an even bigger play in the method Chris Jones plans to build his roster in the inaugural return to Commonwealth season.

In short the signing creates more questions than answers.

Jones and his staff likely believe they are bringing in experienced, honourable men who can show the locker room how to be a pro and re-establish a culture of professionalism in Edmonton that appeared to be lacking at various points through a difficult 2021 season.

At length, it calls into question exactly what Edmonton will look like when the team breaks training camp this spring. How many names of notoriety from five years ago will be asked to maximize their value against the odds? With Duron Carter reportedly being contacted, nothing feels out of the question, and the news of Brandon Banks release from Hamilton Thursday is sure to make YEG minds spin wondering what he could do for the Elks.

The reality of Arceneaux and Bowman signing is this: When Chris Jones is your Head Coach nothing is out of the question. He will turn over every rock and battle upstream against any river to find a player who is one per cent more productive than the alternative with the end goal being a Grey Cup championship.

That’s how the game will be played in Edmonton moving forward and each roster move you see from Commonwealth will reflect that, but know this. Trying to read into every decision can lead to an injured neck as you twist and turn to find the angle Jones and his staff are attempting to exploit.

Just like Adarius and Manny, the best option is to hang on tight, enjoy the ride and see where it takes the mystery that is the 2022 Edmonton Elks.