Every year as CFL free agency nears, teams prioritize their pending free agents and work to sign them back well before the flood gates open in early February.

By nature of the overwhelming number of players involved, there are always marquee names from the backfield available. From power backs to touch passers and everything in between, the face of a team is often found in the backfield.

This year we began pending free agency with 14 quarterbacks, 24 running backs and 10 fullbacks who could choose to sign extensions before February or enter the open market.

48 players, in a nine team league. The possibilities are endless as always, but in 2021 the impact moves are limited to a few major names.

Take the running backs. There is a distinct difference from 2019 between elite workhorse runners, and those working by committee (Hamilton, Ottawa, Calgary). William Stanback, C.J. Gable,  John White and William Powell all carving out a tier of their own with Stanback a free agent after his NFL release choosing to sign back in Montreal, Powell returning to Saskatchewan well before reaching free agency and Andrew Harris agreeing to terms with the Bombers. 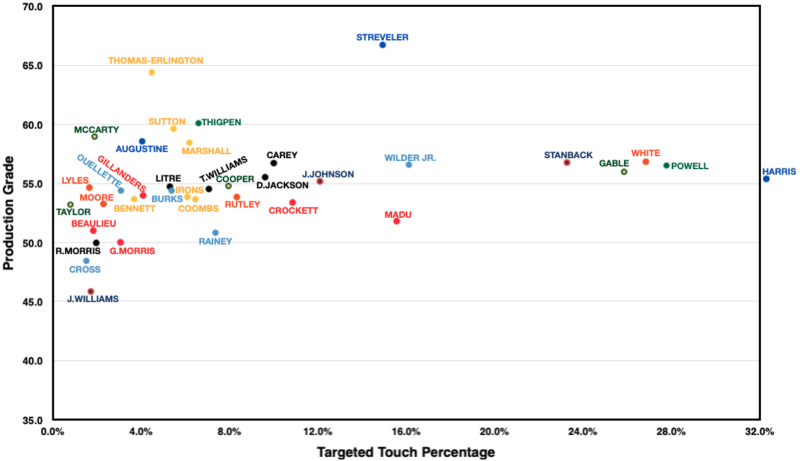 In a class of his own in workload and production, Harris, who consistently eclipses the previous ceiling of 32.0% targeted touch percentage (how often a pass is thrown to, or run is called for a player), lives in his own stratosphere on the usage vs. production scale above.

All five of the top running backs from 2019 were up for 2021 Free Agency in December with Gable still available after remaining un-signed in 2020 free agency. He and BC Lions John White remain the best available ball carriers from the ‘high volume’ RBs of 2019 with plenty of names in the mid-pack waiting for a chance to join the elite.

Harris signing back in Winnipeg is arguably the biggest news in all 2021 CFL Free Agency regardless of who signs anywhere moving forward into February, but there is one name which might parallel Harris’ ability to instantly change the backfield, and league should he sign elsewhere.

For the quarterbacks this year, there are plenty of young, unproven names such as Montell Cozart, Grant Kraemer, Will Arndt and Sean McGuire. A pivot who used to live in the same obscurity these young names looking for a shot do now is Masoli.

Through the ups and downs of a now eight year CFL career, Masoli has risen past the third stringers, beyond the backups hoping for their shot and into the upper tier of CFL starters. 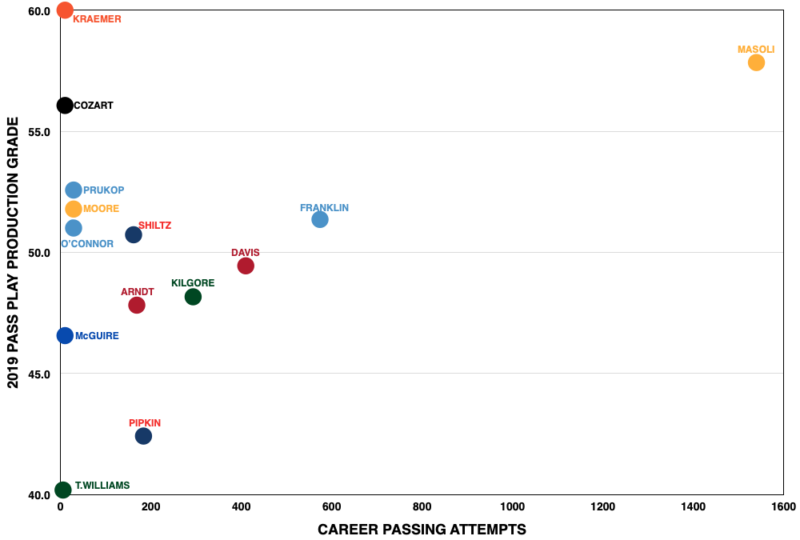 When healthy, Jeremiah is one of the more productive and creative quarterbacks in the CFL over the past two seasons which places him on a pedestal far above the rest of his 2021 CFL Free Agency QB company pictured above.

The true curveball in the Masoli equation is Matt Nichols not yet re-working his deal with the Argos, who signed just last year, and Nick Arbuckle’s negotiations with the Ottawa REDBLACKS reportedly moving slower than expected.

Should either one of those teams be in need of an alternative solution Masoli is clearly the best option in the 2021 Free Agency class, which might explain why more than 50% of the pending passers have signed extensions, but Masoli has not.

While I believe Masoli will sign an extension in Hamilton and battle with Dane Evans in a training camp to remember, the possibility remains that Masoli could play this all patiently and see if a large pay day comes his way in a move that would spice up the East Division in a way not seen since Henry Burris landed in Ottawa as Zach Collaros took control of the Ticats or Trevor Harris left Toronto in search of opportunity in Ottawa.

Until the quarterback market shakes out, expect all parties involved to make only patient and methodical moves.

They know how important the backfield is in shaping success, with a poor decision causing an immediate negative impact. Fitting that after so much time waiting, we watch and wait again to see how the league will look once returning to play.