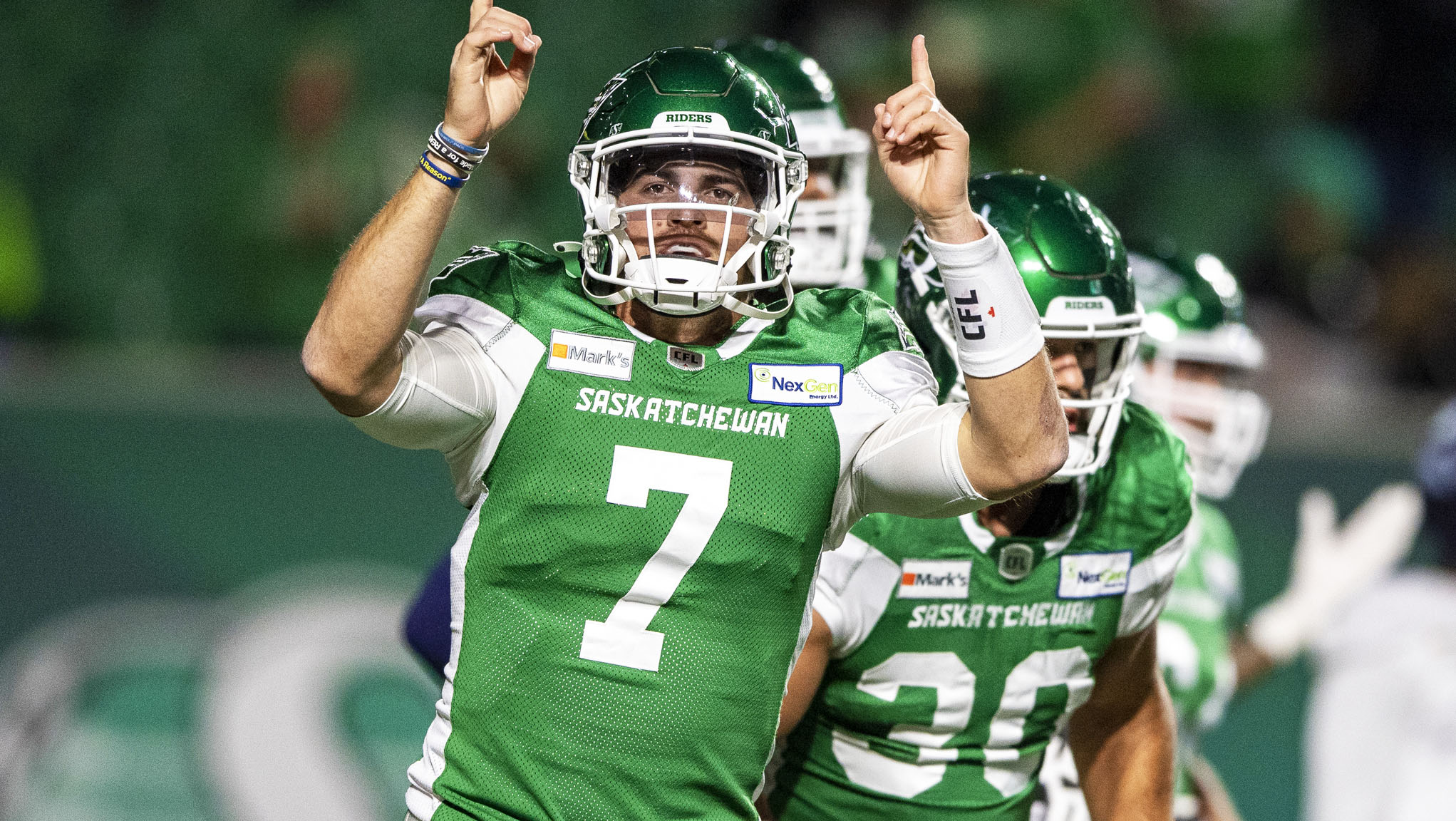 REGINA — After back-to-back losses against the Winnipeg Blue Bombers, Saskatchewan Roughriders quarterback Cody Fajardo was starting to lose a bit of his confidence.

But after a win over the Toronto Argonauts on Friday night in front of the Saskatchewan faithful at Mosaic Stadium, he was finally able to breathe a sigh of relief.

“It’s been a tough two weeks, I was down in the dumps pretty bad,” Fajardo told members of the media after the team’s win. “Obviously, I wasn’t going on social media. And it’s just a tough place to be in when I tried to be so positive. But this one really felt good.

“I know it’s not always on my shoulders, but sometimes I feel that way. But our team showed up to play. I thought we did a great job on offence, on defence and on special teams. Toronto gave us everything they had, and it was a tight game late so I’m really proud of those guys in that locker room.”

The Riders offence was firing on all cylinders, not only were their receivers getting involved and Fajardo tossed two touchdowns and ran in another, but they were able to establish the run game as well. William Powell tallied his first 100-yard game of the season, rushing for 122 yards on 21 carries while also adding two catches for 15 yards.

“It keeps the defence on their toes, it keeps the defence guessing,” said Powell of his increased workload against the Argos. “They can’t rely on one thing, we’re not one dimensional. They have to be ready for everything that we may throw at them, whether it be first down or second and short. When we have a balanced attack, it’s better for the team in general, because it’ll keep the defence off the field.”

“He’s definitely got the hot hand right now,” Fajardo said about his running back. “So keep feeding them as much as we can because it helps us. I love handing the ball off and watch him go for 30-40 yards and all of a sudden we’re in the red zone. That feels good as a quarterback.”

Something else that Fajardo was feeling good about this week was rookie receiver Kian Schaffer-Baker, who hauled in 99 yards on nine catches and scored his first CFL touchdown.

“The kid’s a stud. I mean, he belongs in this league and he’s a rookie,” said Fajardo. “I told him there’s no need to think you’re a rookie or veteran as the week’s go on and it’s gonna be huge, especially when we get a guy like Shaq Evans back, we get J Will (Jordan Williams-Lambert) back and you got a guy like Kian right? We got an incredible group of receivers in there.”

With confidence after a win a home in their back pocket, and a 4-2 record, the Riders now look ahead to their next challenge; a meeting with the BC Lions in Vancouver next Friday night.

“Four and two sounds a lot better than three and three, that’s for sure,” said Fajardo. “And like I talked about, home wins is more important than anything so getting another win at home when we dropped one on the Labour Day game, it feels good and helps us in the standings.”