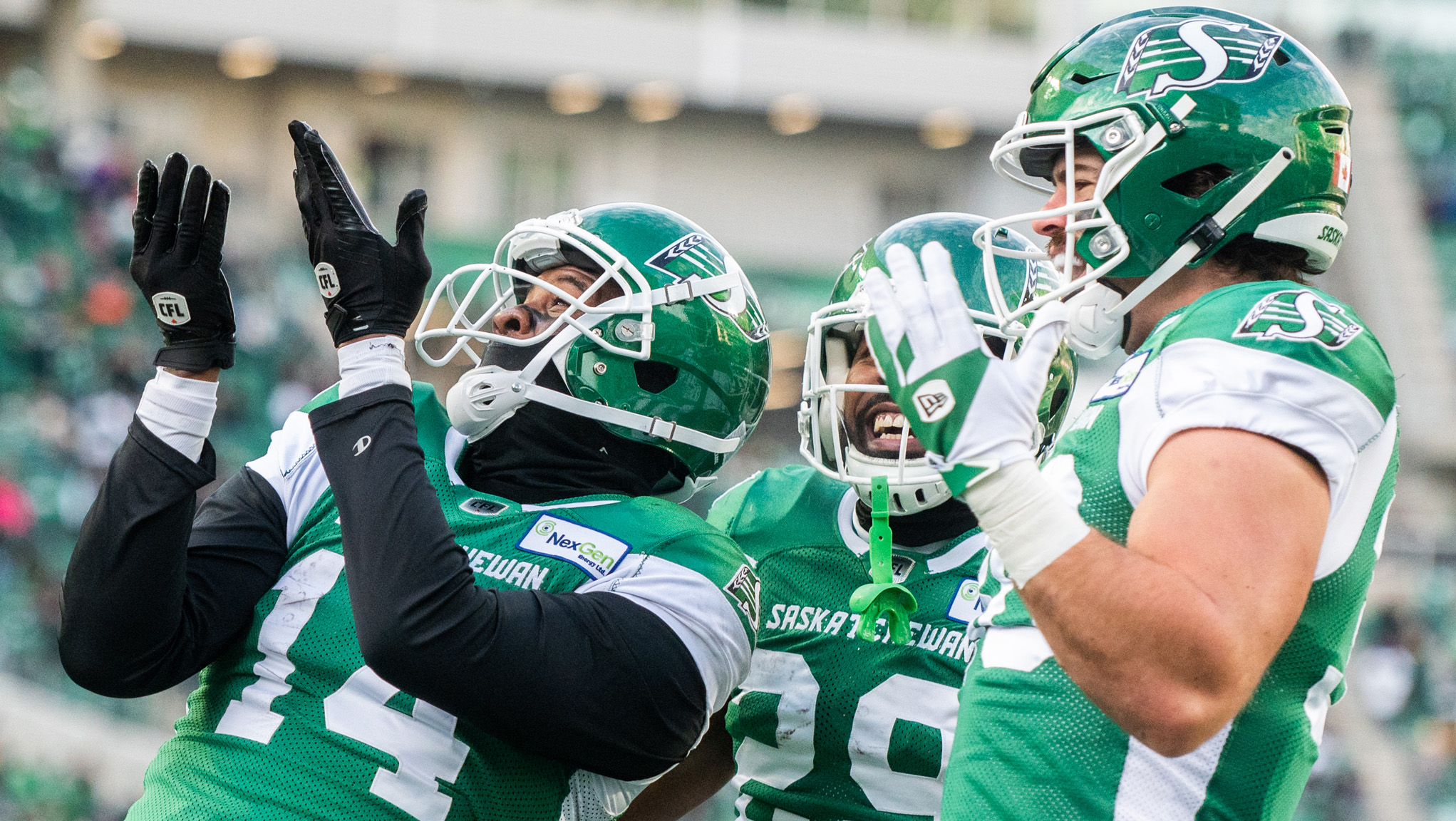 REGINA — There was moment during Saturday night’s contest between the Saskatchewan Roughriders and Edmonton Elks that everyone wearing green and white held their collective breaths.

In the fourth quarter, receiver Duke Williams took a hit and had appeared to have suffered an injury. He walked off the field under his own accord but it didn’t look good to those watching.

But just a few plays later, Williams was jogging right back into the huddle.

“He’s built different,” quarterback Cody Fajardo told members of the media when asked about Williams return after his injury. “He calls himself a dog and that pretty much proved it right there. It was a scary injury. I had front row seats to see it. His knee just kind of got hung up and when I saw him jog out on the field, I knew that was a sprinkle of Jesus for sure.

“He finished the game and he had an incredible game, I believe over 100 and something yards. (He) really sparked our offence. It’s only going to help open up other guys as well because now towards the end of that game they started to double team him or bracket him. It helped us just facilitate the ball to other guys.”

At the time of the hit, Williams had already scored a touchdown and caught well over 100 yards, enjoying his best game as a Roughrider since joining the team in early October.

“When I caught it, I already knew it was probably going to go low because on those type of routes, nobody really wants to hit me high so I already knew the hit was coming,” said Williams when asked about the play. “It just so happened to be a nasty hit. My knee was kind of burning so that’s why I was laying there for a minute to let it calm down. My adrenalin was pumping, I was kind of getting emotional because I was like, ‘damn, did I tear something?’ because if it was a bad injury I wouldn’t have probably been able to return.”

“I was concerned, I thought it was serious. I didn’t like the looks of it,” said head coach Craig Dickenson. “It’s the ultimate team game, I believe. You cannot rely on one guy, it doesn’t matter what position. Everybody gets hurt, it’s just a matter of when. I was very concerned. I was very relieved when he came back. It shows me one, he’s really tough and two, what we were worried about injury wise maybe wasn’t as bad as what it initially had appeared to be.”

Williams finished his fourth game with the Riders with 146 yards and a major score, as he found chemistry with Fajardo in his breakout game.

“I needed it to be this game,” Williams said. “I didn’t want it to be next week. I needed it to be right now so I could get in the rhythm like I said earlier this week, I was hoping that today would be my breakout game and today was. Me and Cody were on the same page all night long. Shout out to Cody, shout out to my O-linemen, without them, none of that would have been possible as well. It’s a team effort, I just had to do my job.”

With the win, the team solidified second place in the West Division and will host the Western Semi-Final on November 28 against the Calgary Stampeders.

“Being able to host a playoff game my two years as a starter for this organization is something that’s going to mean a lot to me,” said Fajardo. “It was one of my goals going into the year was to able to host another playoff game because of the way the one ended in 2019. Now all we have to do is find a way to win that game. It’s going to be tough, Calgary’s on fire right now and they’re playing really good football.

But before the team can look too far ahead to the playoff game against Calgary, they still have business to take care of next week in the final week of the regular season. The Riders will head to Hamilton to take on the Tiger-Cats on Saturday night.