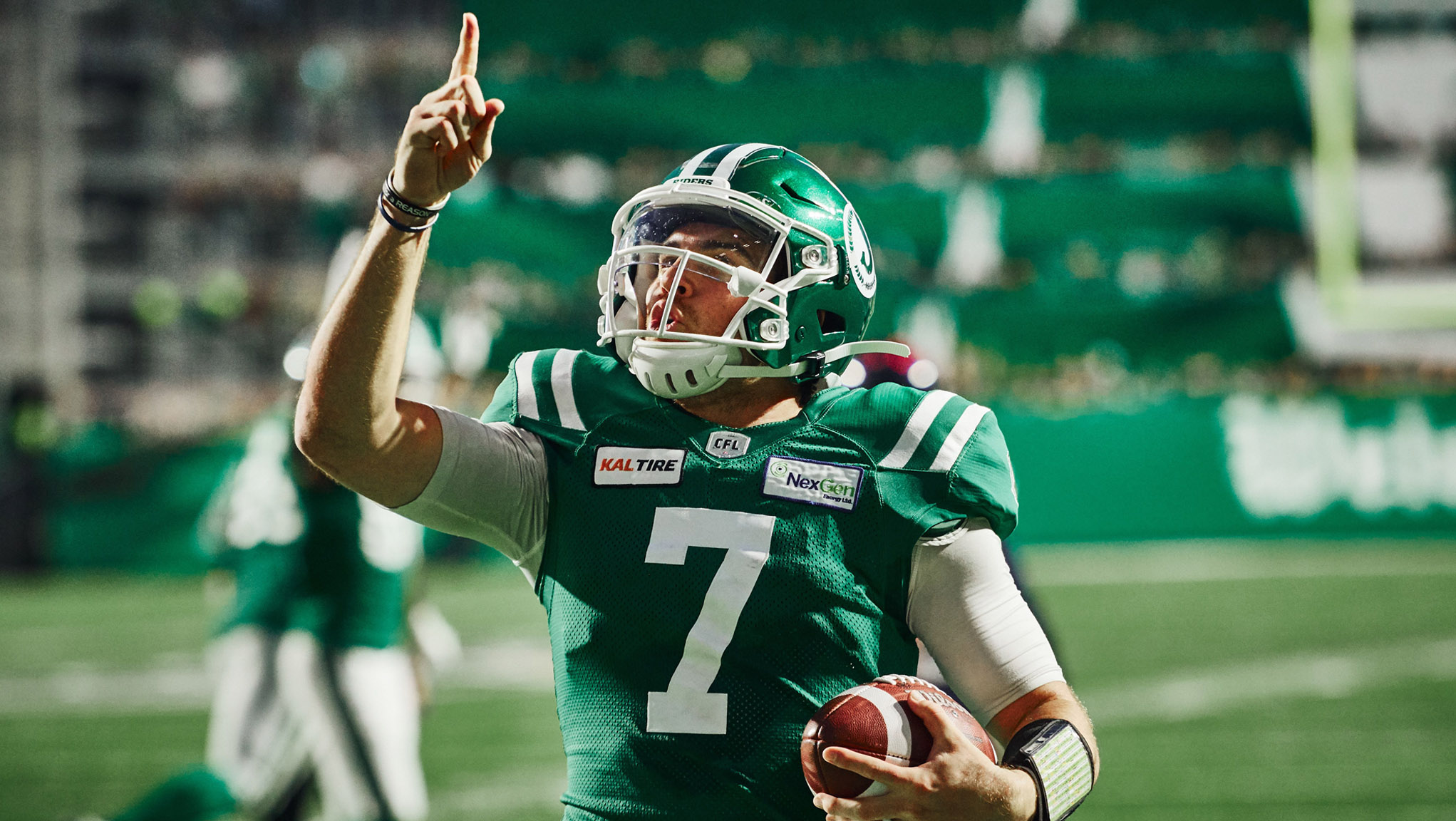 REGINA — He’s going into his fifth season in the CFL, so it sounds a little strange to throw the idea of a sophomore jinx in Cody Fajardo’s direction.

As the Saskatchewan Roughriders’ quarterback heads into his second season as the team’s starter, the 29-year-old knows it’s something he might hear. That doesn’t mean it’ll affect him. Fajardo threw for a league-best 4,302 yards in 2019, was the West nominee for MOP and took the Riders to the Western Final.

“Everybody has an opinion and I’m one of those guys that doesn’t really get affected by too much (by) people’s opinions, whether it’s good or bad,” Fajardo told reporters on a conference call.

While 2019 was his breakthrough in the CFL, where he assumed the starting gig after Zach Collaros went down with a Week 1 injury, Fajardo learned a lot in his previous stops in Toronto and BC. While playing for the Argos, he studied the unflappable demeanour of Ricky Ray.

“He was probably one of the best to do it,” Fajardo said of Ray’s ability to stay even keeled through the good and bad.

“You would never have known talking to Ricky that he was a four-time Grey Cup champion and that he had all these accolades and all these records. That’s something I try to draw from him. When you start reading the media, when you start reading your own newspaper clippings, you get a little bit of a bigger head, you get a little bit more of…I guess, sense of privilege and that’s the last thing I want to do. I’m just here to make the Saskatchewan Roughriders a better team and hopefully a contender to win the Grey Cup in 2021.”

That’s not to say that this year doesn’t come gift wrapped in challenges. Fajardo’s currently dealing with his first challenge of this season, quarantining at his home in Reno, Nevada. He’ll have to quarantine for seven more days when he gets to Regina.

“Not being able to touch a football for 14 days and all of a sudden you go out for the first day of training camp and you’ve got to throw 150, 200 balls? There might be a little bit of accuracy issues,” Fajardo said.

Fajardo also has been in the CFL rulebook, refreshing himself on some of the subtle differences that the Canadian game has.

“I had to reread the Canadian Football rules because there are some things that you forget about that really can play to your advantage, if you understand the whole nuance of playing CFL football,” he said.

He’s spent the last year-and-a-half training, trying to improve himself as much as he could, but admitted that there’s a lot that you can’t simulate in football.

“There’s only one way to really get into football conditioning. I’ve learned this by playing football, you can’t really run gassers. All of a sudden you get in a football game and it’s just different,” Fajardo said.

He’s spent some time with some of his receivers, working on that chemistry so they’re ahead when they get on the field on July 10. But again, real, live football can’t be recreated in workouts.

“The biggest thing, which I’ve talked to my wife about this all the time, is standing in a pocket and having 300 pounders come at you and try and rip your head off. There’s no way to simulate that in the off-season, or even when you have a whole year off,” he said.

“So I’m just getting back to (being comfortable) as quickly as I can.”

Riders head coach Craig Dickenson acknowledged the challenges that all teams will go through in the coming weeks. There are no pre-season games, so camp will be a three-week slog, where players will have to deal with rust while rebuilding chemistry with one another.

The second-year head coach sees that as an advantage, though.

“The nice thing about this training camp is it’s long. We’ve got an entire month,” he said.

“I think the CFL did a good job of that, they knew there wouldn’t be a pre-season. I think it gives us a chance to kind of slowly build and get to where we need to be.

“The reality also is that the first game is going to be a little bit crazy. You don’t know what you’re going to see. But we’re hoping that the work that players have put in over the off-season (pays off).

“Cody talked about it himself. He’s been in the playbook and I know he’s not the only one. We’re hoping that that prepares them mentally and that the month of training camp gets them right physically so we can have a nice, clean, well-played game on Aug. 6.”