TORONTO — Free agency is just over a week away, and with the negotiation window officially open, players have the opportunity to explore avenues outside of their current organizations.

In the last edition of this series, we looked at Cameron Judge, who could provide a team with a ratio-breaking option at the linebacker position. Now, we switch the focus to another National linebacker in Henoc Muamba.

The 31-year-old has become one of the dominant defensive forces in the league, holding down the second level for the Montreal Alouettes over the previous two seasons.

“It’s hard to imagine Henoc in anything other than Alouettes blue,” said CFL.ca’s Marshall Ferguson. “But for those in need of a national upgrade at middle linebacker or teams looking to find more ratio flexibility, Muamba is the perfect solution.” 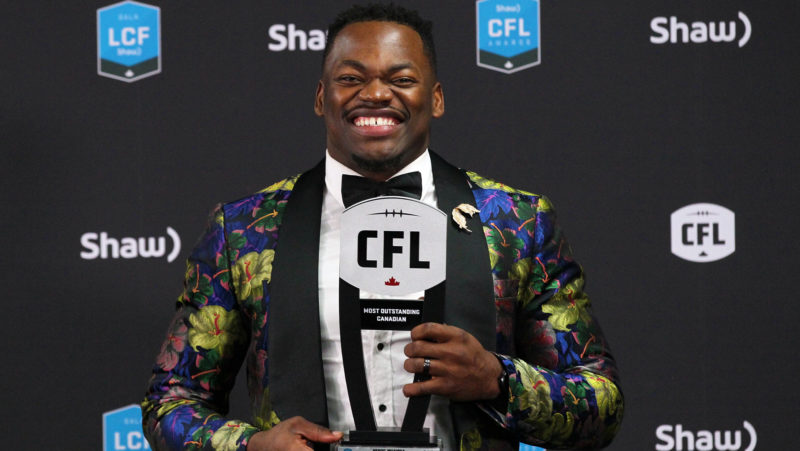 Muamba has spent eight seasons in the CFL, donning three different uniforms during his career. But the team he’s most synonymous with is the Alouettes.

The first overall pick in the 2011 CFL Draft, Muamba made his way to Montreal in 2015 following a stint in the NFL. He made four appearances that season, giving Montreal fans a preview of the man that would soon become one of their defensive leaders.

After leaving for Saskatchewan for two seasons, Muamba returned to the Als in 2018, setting a career-high with 108 tackles to go along with five sacks, one interception and one forced fumble.

In his past two seasons in Montreal, Muamba has been named an East Division All-Star and was named a CFL All-Star in 2019.

His 93 tackles, one sack and two forced fumbles helped to set the tone for the Als. He was dominant for them and one of the reasons that Montreal made it back to the playoffs for the first time since 2014. At the 2019 Shaw CFL Awards, Muamba took home Most Valuable Canadian honours for his terrific production during the season.

Muamba is simply a piece that Montreal can’t afford to lose. With Patrick Levels, Tommie Campbell, Chris Ackie and Ryan Brown — among others — departing on the defensive end last off-season, losing their MIKE linebacker would be a big blow.

Muamba has the chance to explore his options this week through the negotiation window, and if he finds a better situation elsewhere, that team will be getting one of the best linebackers that the CFL has to offer.