TORONTO — With under a week remaining until the start of free agency in the Canadian Football League, the anticipation is already building for the big day with the negotiation window in full swing.

After looking over the difference-makers in the second level of the defence, it’s time to look to the trenches. This time around, it’s pass-rusher Charleston Hughes, who has been the picture of consistency when it comes to getting pressure during his career. 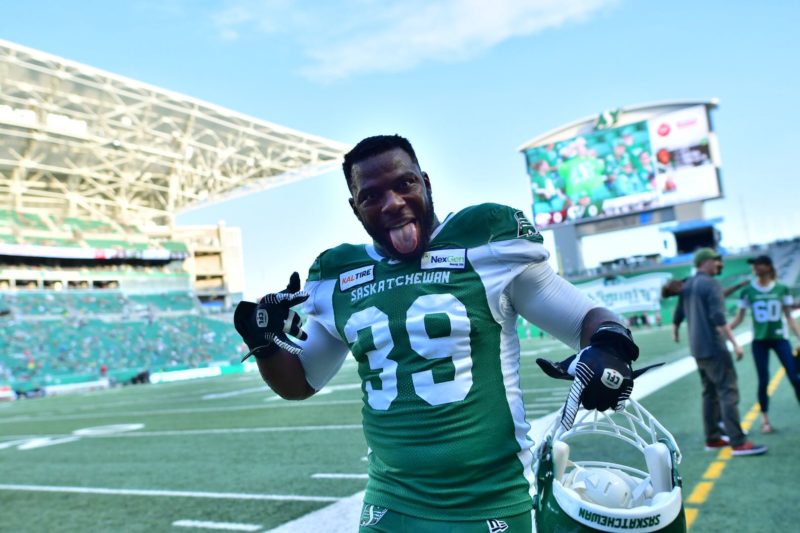 Charleston Hughes has led the CFL in sacks in each of the past four seasons along with 2013. (Arthur Ward/CFL.ca)

Hughes has been a quarterback’s worst nightmare for the entirety of his stint north of the border. In each of the last four seasons, he led the CFL in sacks — he also accomplished that feat in 2013.

The Saginaw, Michigan native has registered at least five sacks in each of his 12 seasons.

He spent the first 10 of those years as a member of the Calgary Stampeders, winning a pair of Grey Cups in 2008 and 2014, respectively. In 2018, he made the jump to the rival Roughriders.

In 2019, he finished with a ridiculous 16 sacks to go along with 50 tackles and four forced fumbles.

The 37-year-old is an eight-time West Division All-Star and has been named a CFL All-Star on six occasions. He was named the West Division’s Most Outstanding Defensive Player in 2013.

Saskatchewan opted to release the veteran after he took the chance to weigh his options in the negotiation window.

Now, any team that lands his services will be getting one of the best pass rushers in league history who is still dominant heading into his 13th year.