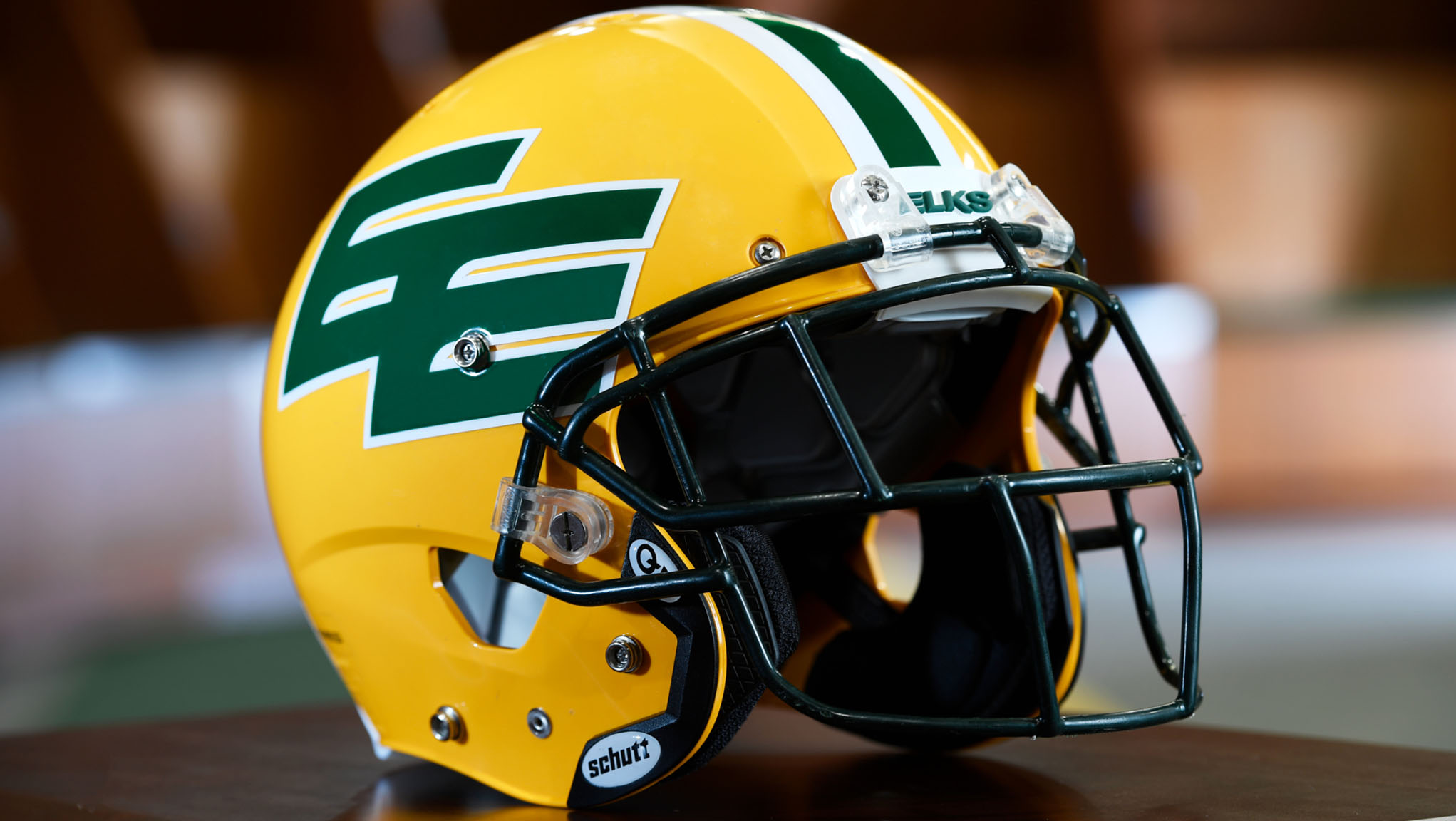 EDMONTON — An Edmonton icon is back where it belongs.

The Edmonton Elks unveiled their 2022 helmets on Thursday, with the club’s new helmet featuring the club’s beloved Double E logo.

Synonymous with Canadian Football League excellence, variations of the EE logo had adorned the team’s helmet from 1965 to 2019.

Now, a revamped Double E logo — created as part of the club’s rebrand in 2021 — will take its place in Green and Gold history.

“The Double E represents our club’s tradition of excellence both on and off the field. It’s an Edmonton icon and we’re thrilled to have a fresh version on our new helmet,” said Elks President and CEO Victor Cui.

“This helmet bridges the past with the present and is symbolic of our commitment to connecting our tradition with a bright future. One look at our new helmet and you know who we are and what we stand for. We’ve listened to our fans and can’t wait to proudly wear this new helmet at The Brick Field at Commonwealth Stadium.”

Of course, the hallmark of the new helmet is the Double E, but it also features the return of a helmet stripe  — another element that had been a staple of Edmonton helmets since the 1960s, but was absent in 2021.

One noticeable addition to the helmet is bold player numbers on the back. They’ll  be flanked by a Canadian flag and the CFL logo, while EDMONTON is proudly displayed on the rear bumper.

The team’s front bumper decal will continue to display the same ELKS wordmark that was used in 2021.

Thursday’s announcement was the culmination of an off-season review of the team’s helmet, as the club works to connect generations of fans with an eye to the future.

“There are few things in sports as powerful as the logo on a football helmet. The new Double E connects generations of players who have proudly worn the Green and Gold,” said EE Football Alumni President Mookie Mitchell.

Fans will get their first in-person look at the new helmet beginning with Edmonton’s pre-season home game on Friday, June 3 against the Calgary Stampeders. The Elks’ regular season home opener is scheduled for Saturday, June 18 against the Saskatchewan Roughriders.