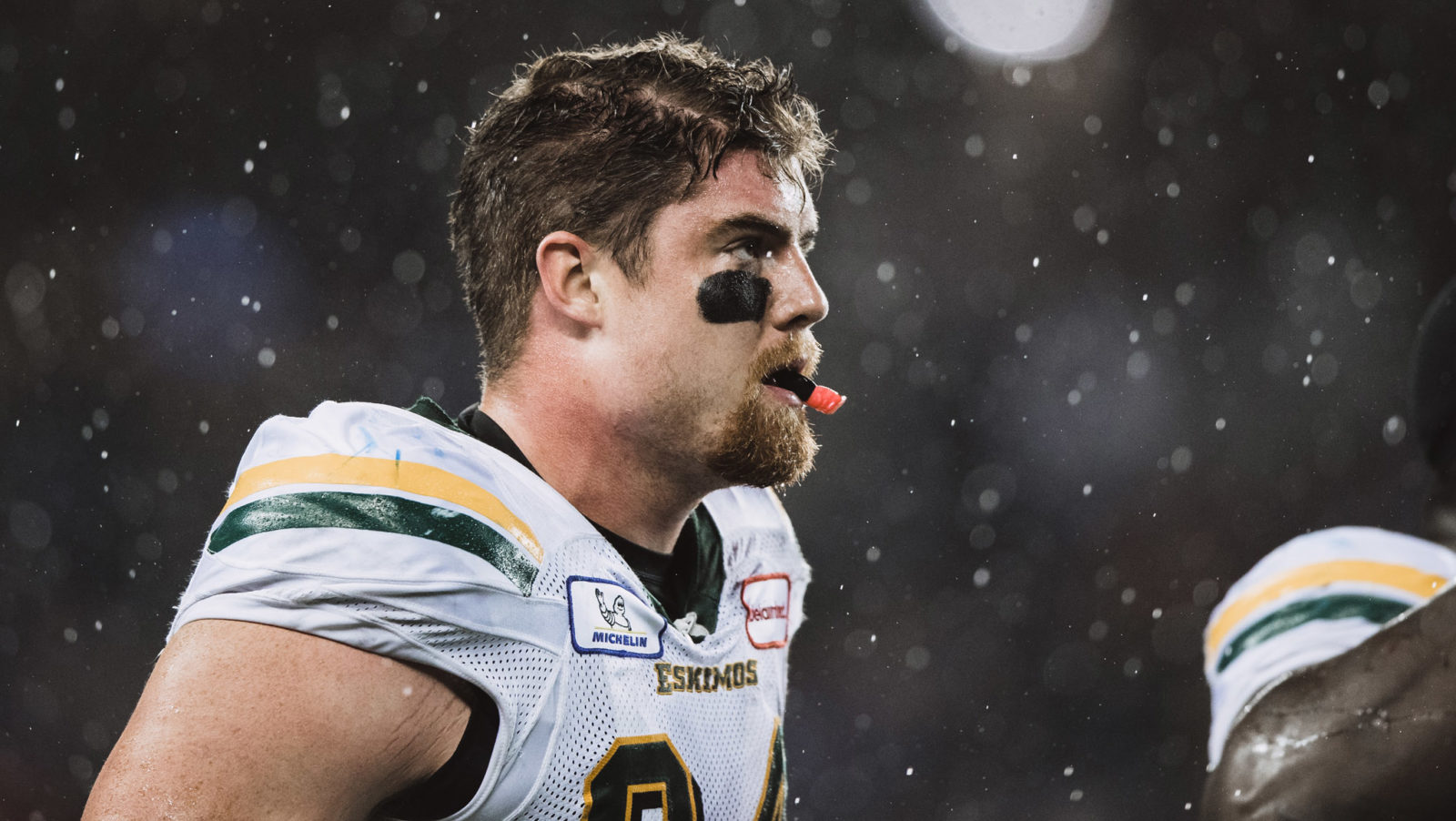 EDMONTON — The Edmonton Football Team announced on Monday that they have extended the following players:

Jake Ceresna was originally acquired in a trade with the Ottawa REDBLACKS in exchange for veteran defensive lineman Odell Willis. The Cortland State product developed into a force in the interior of the EE Football Team defensive line, accumulating 32 defensive tackles, 8 sacks, and a forced fumble in 2018. Ceresna spent the 2019 season attending the New York Giants training camp, but was one of the team’s final cuts after registering two tackles and a sack in the pre-season.

Kevin Elliott returns for his sixth CFL season and his third with the EE Football Team. The Florida A&M product has accumulated 116 receptions, 1510 yards, and 13 touchdowns in his CFL career.

Colin Kelly is back for his fourth season with the EE Football Team and his sixth in the CFL. Originally signed by the Ottawa REDBLACKS out of Oregon State, Kelly has been a fixture at offensive tackle, starting 74 games in his CFL Career. The 31-year-old started all 18 games at right tackle in 2019 and was part of an EE Football Team offensive line that allowed the fewest sacks in the CFL (27).

Harry McMaster was originally drafted by the EE Football Team in the seventh round (53rd overall) in the 2018 CFL Draft. After spending the 2018 season on the suspended list so he could return for his final season at Western University, McMaster signed with the EE Football Team and played in 12 games in 2019.

Anthony Parker was originally drafted by the Calgary Stampeders in the first round (3rd overall) of the 2011 CFL Draft. The former University of Calgary Dino has appeared in 117 CFL games over his nine-year career. In those games, Parker has recorded 185 receptions for 2344 yards and 15 touchdowns. He is yet to appear in a game for the EE Football Team due to a season-ending injury in 2019.

James Tuck is a six-year CFL veteran well known for his work on special teams. Originally signed by the EE Football Team in 2017, this will be Tuck’s fourth season with the club. In 58 career CFL games, the York product has accumulated 46 special teams tackles.