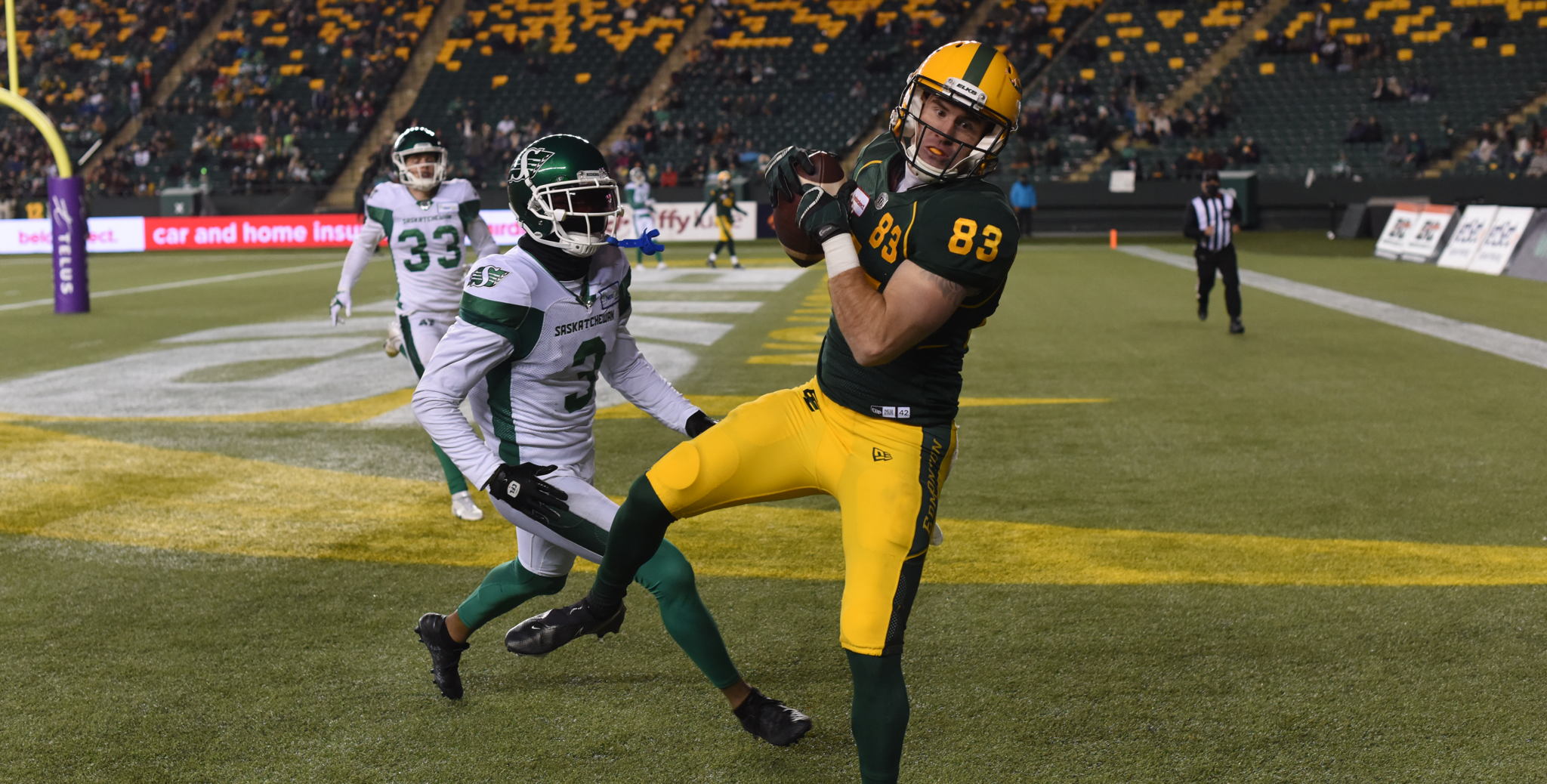 EDMONTON — Danny Vandervoort and Josh Woodman are sticking with the Green and Gold.

The Edmonton Elks announced Wednesday that the nationals have signed one-year extensions with the club.

Vandervoort suited up in 13 games for the Elks at wide receiver during the 2021 season. It was the McMaster product’s first season in Edmonton after spending the previous three seasons with the BC Lions.

The Barrie, Ont. product recorded three catches for 54 yards in 2021, with two of those receptions being touchdowns in Edmonton’s Week 14 game against the Saskatchewan Roughriders.

Last season was Woodman’s fourth campaign in Edmonton after spending three seasons with the Double E from 2016 to 2018. A fifth round pick of the Green and Gold in 2016, Woodman spent the 2019 season with the Lions before returning to Edmonton as a free agent signing in September 2021.

Also announced Wednesday was the signing of long snapper Zachary Greenberg to a two-year contract. It marks the second time the University of Minnesota Crookston product has signed with Edmonton, after Greenberg was previously inked in April of 2021.

Greenberg was released prior to Elks training camp last season, and later spent time with both the Montreal Alouettes and Ottawa REDBLACKS in 2021. He initially broke into the CFL in 2019 with the Winnipeg Blue Bombers.