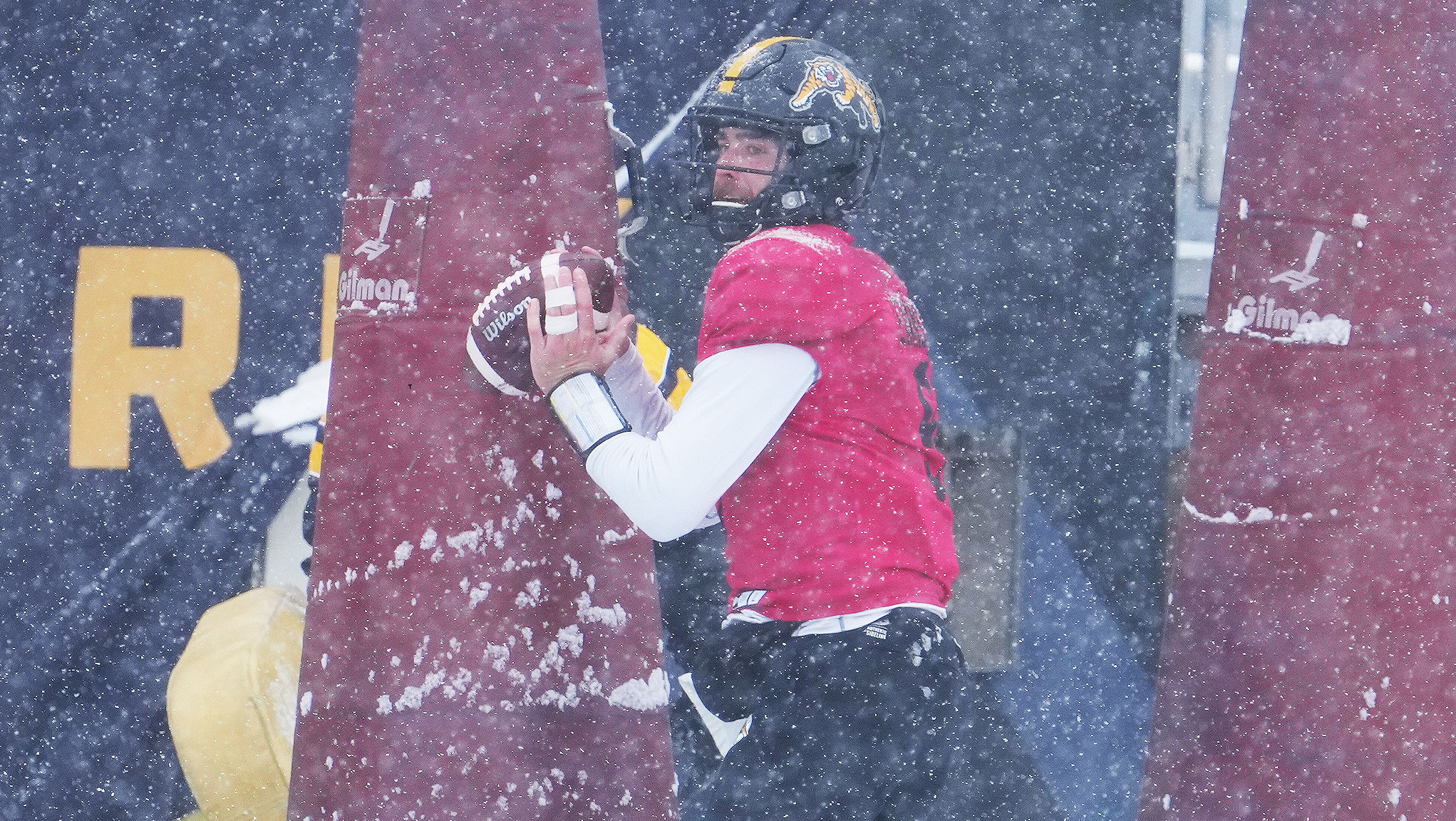 Dane Evans will start at quarterback for the Hamilton Tiger-Cats against the Winnipeg Blue Bombers in the 108th Grey Cup Sunday at Tim Hortons Field.

“It’s never easy because I don’t like letting people down,” head coach Orlondo Steinauer said Wednesday. “You have to make a decision. That’s what I get paid to do.”

Evans came off the bench to lead the Tiger-Cats to a 27-19 victory over the Toronto Argonauts in last weekend’s Eastern Final. Hamilton trailed 12-0 at half time. Evans entered the game early in the second quarter. He finished completing 16 of 16 passes for 249 yards and one touchdown. He also ran for two touchdowns.

He was the starting quarterback in Hamilton’s 33-12 loss to Winnipeg in the Grey Cup game, completing 16 of 27 passes for 203 yards, one touchdown and two interceptions.

“He can make all the throws on the field,” said Steinauer. “He’s a different leader than Jeremiah. You are going to see more emotion.”

Masoli won the starting job at training camp then suffered a rib injury.

In 12 regular season games, including six starts, he completed 188 of 271 passes for 2,445 yards, 10 touchdowns and six interceptions.