CALGARY — Twin brothers Nate and Nick Holley have been side by side for their entire lives.

Nate was born 20 minutes before Nick, but the latter said that was the last time he followed in Nate’s footsteps.

“If you ask him, he won because he came out first. If you ask me, I was king of the womb and kicked him out. It just depends on perspective,” Nick said.

The sibling rivalry transitioned over to football as well. They used to play one-on-one against each other in the backyard as kids. That’s where the two would decide on their future positions. Nate loved to hit things while Nick liked making people miss. So they ended up on opposite sides of the ball.

Little did they know that they would be able to turn their dreams to reality a number of years later. Nick signed a contract with the Calgary Stampeders on March 12 to come up to the CFL. Nate inked a deal with the Stamps nearly two years prior and was able to parlay a stellar first season north of the border into an opportunity in the NFL. 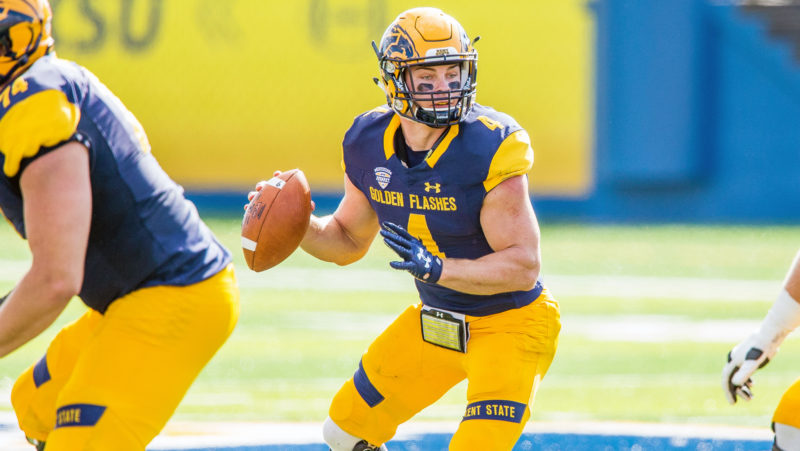 While the (slightly) younger Holley has made the next step in his career following appearances in the XFL and The Spring League, his road to professional football had its share of bumps in the road.

The brothers committed to Kent State and were set to take the leap to the NCAA ranks, but tragedy struck the family. Their mother, Lori, passed away when they were 18, right before they had graduated high school.

That brought Nate, Nick, and their sister, Randi, closer than ever before.

“She had a massive impact on our lives, not only as young men, but also in our sporting careers. She showed us what passion was and what desire was and what a support system looked like. She rooted us from the time we were little until the time she passed,” Nick said. “It was obviously a tough time. 18 years old and you lose your mom, you haven’t graduated yet, and you’re going through this new stage of going off to college and starting those new journeys in your life. There were some other things happening at the same time that caused us to bond together and come closer.

“My brother and me have always been extremely close. We’ve always been best friends. But going through the situation we did, my sister, brother, and I became the three best of friends. If you see me somewhere, it’s more than likely you’re going to find Nathan or Randi. We want to have a good time together and that bond was kind of created from losing our mother.”

Nick was recruited as an athlete, and he played all over the offensive side during his time with the Golden Flashes. In his freshman year, he played receiver before becoming a running back/slot receiver hybrid for his sophomore and junior seasons. He was also able to get some reps in at quarterback during his final year. But during his collegiate career, he suffered a number of devastating injuries.

In 2015, he was involved in a bad collision and broke his back. When he returned from that gruesome injury, he suffered a torn ACL and MCL a year later and another torn ACL in 2017.

“It’s created a resiliency inside of me that, for one, I wholeheartedly believe that this is what I was meant to do. Football is my passion and my calling and I just feel so good when I’m on the field,” Nick said. “I feel like too many people give up on their dreams, and to me, if you give up on your dreams, what’s left? Life is too short not to go for it. It’s just created that resiliency. Like yes, I’ve been broken. Yes, I’ve been at rock bottom. Yes, I felt like this was it. But it’s crazy how that opens your eyes and we’ve still got this. We’ve got more left in us. And I’ve had conversations with people who are like, ‘You’ve had three ACL surgeries and are still doing what you’re doing?’ I love it. I can’t help it.

“It’s instilled that fire within me that can’t be touched. I look at other guys and I would love to see who at the professional level has gone through as much trauma and as much adversity that I have physically and see who has outworked me. That gives me a confidence that you can’t buy.”

In total, Nick has had three torn ACLs — He’s suffered the injury to his right knee twice.

When he turned pro, Nick went undrafted but found a spot on the Los Angeles Rams as a free agent, and Nate soon joined him. Unfortunately, both were cut and went in different directions.

Nate made his way up north to Calgary following the stint with the Rams, and he was an instant impact player for the Stamps. He dropped down into the second level and played WILL and MIKE linebacker in a strong defensive unit while also featuring on special teams.

While appearing in all 18 regular-season contests, he posted 78 tackles, 22 special teams tackles, one sack, and one interception, leading to him being named the 2019 CFL Most Outstanding Rookie.

“What I’d take away from my CFL experience and my Calgary experience is just that I enjoyed the process,” Nate said. “I enjoyed the trip, enjoyed being a part of the team and the league. It was my chance to show where I belong, what I could do and how hard I’ve worked. The biggest and coolest thing to be able to take from that is the fact that I know that I’m good enough to play in the NFL, and this was an opportunity to go out and prove that each and every day.

“But I still took the time to love and appreciate the opportunity of living in Canada and living in Calgary, being a part of the Stampeders, and playing football for a living.” 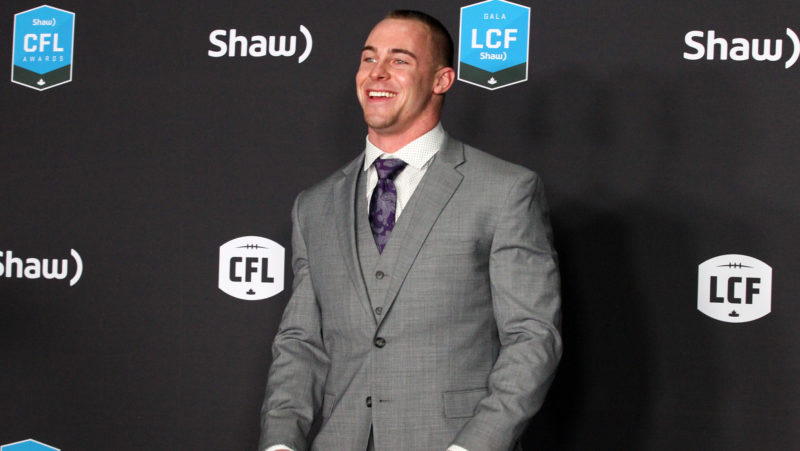 Nate Holley was named the CFL’s Most Outstanding Rookie in 2019 following a tremendous first year with the Calgary Stampeders. (Dave Chidley/CFL.ca)

Nate opted out of his contract after the cancellation of the 2020 CFL season in order to pursue NFL opportunities. He landed quickly with the Miami Dolphins after working out with them. He was on the team’s practice squad for the 2020 season and will compete for a spot in training camp this year.

As for Nick, he was able to play in the XFL with the Houston Roughnecks and had a very productive campaign before the league was forced to fold because of the pandemic.

When Nate was with the Stampeders, he made sure to tell the staff about his brother in hopes that they’d take a look at him, and over a year later, Nick will be donning red and black in 2021.

“I said, ‘You owe me a thank you and you better not embarrass me. Those are the two things I told (Nick),” Nate said.

There’s still a lot of work to do in the process — and Nick still has to make the team out of camp. But if he can make it, he’ll be a swiss-army knife for Dave Dickenson. He could play in any spot as a receiver, take handoffs out of the backfield, or even serve as the team’s short-yardage runner under centre on 3rd downs. He could be utilized in so many interesting ways in a CFL offence.

Raheem Wilson and Rene Paredes have already reached out to congratulate Nick — Paredes also got wind that he could hold kicks, so he’s looking forward to practicing that in camp.

Before his chance in the XFL, Nick was working a landscaping job back home. He’d said that he’d work a 12-hour shift and then head to the gym and work out for another three or four hours. Now, he has a chance to take another step in what has become one of the most unique journeys in professional football.

“I don’t think I look back and reminisce enough. I don’t look back at the journey, and I think that’s something I really need to reflect on more because it is humbling. To me, it’s an amazing accomplishment and feeling,” Nick said. “My buddy asked me to come help because he needed some extra guys. He paid me pretty well but I was about two months out from (ACL) surgery — my physician was pissed that I was landscaping. But at that point, I was trying to earn some money, I was bored.

“So looking back on it, I’ve definitely come a long way and I think that the journey ahead is looking pretty positive. I’m hopeful and faithful that it’s going to be something to remember.”

“I’m very happy for him. I’m very excited. He deserves this opportunity and I know what he’s going to do with this opportunity,” Nate said. “The fact that it’s with the same team is even cooler. To me, it didn’t matter where he went. I just wanted him to have an opportunity wherever. Just the chance for him to get on a field and prove what he can do, and that’s all he and I have ever asked for; a chance to prove our ability and see what we can do with it.

“I think he’ll be fine. I know who he is and how he was raised. We’re cut from the same cloth so I’m happy, excited, and pleased that he’s getting his opportunity.”