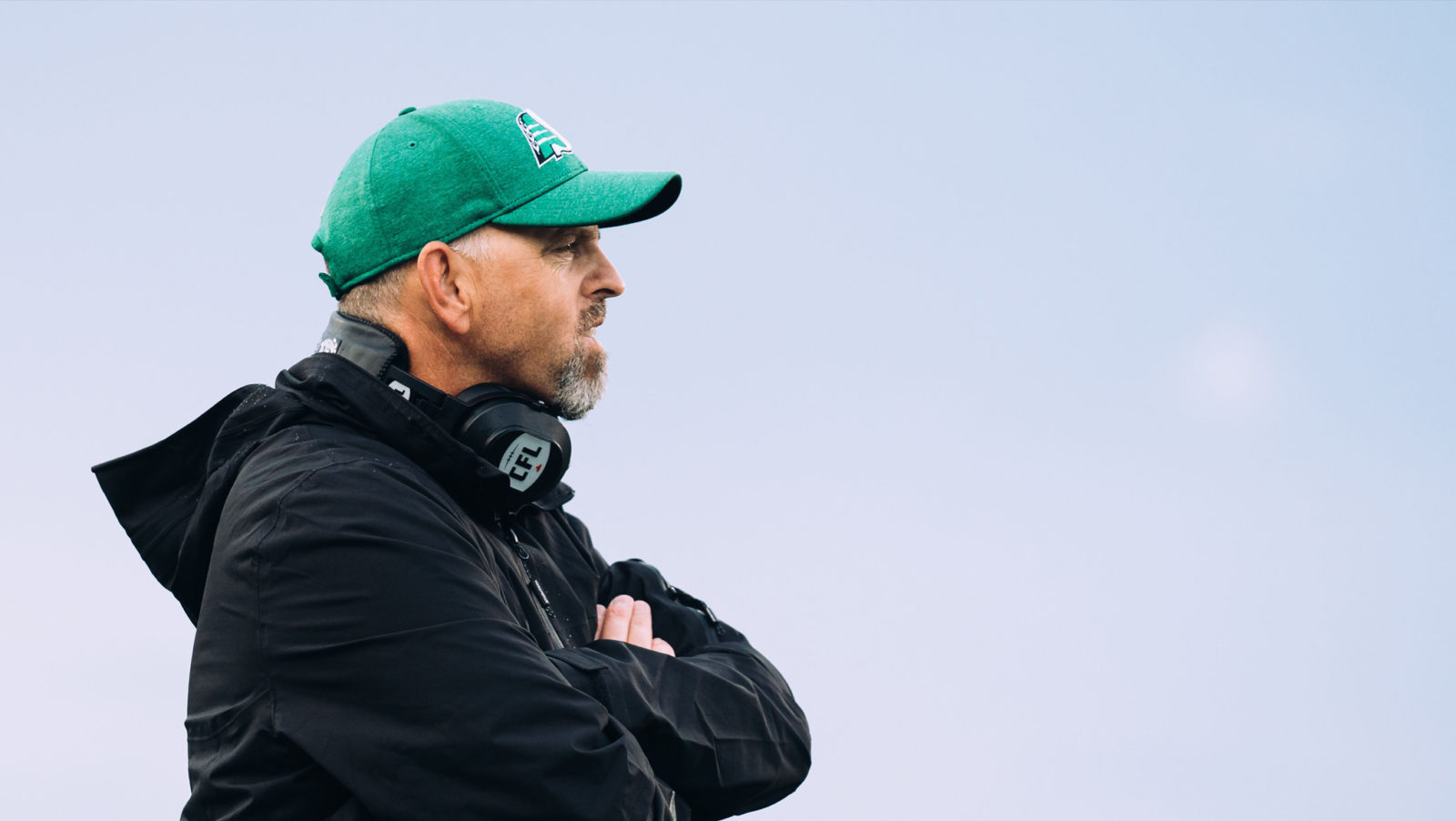 CALGARY —  For the first time in his career, Craig Dickenson bested his younger brother and Calgary Stampeders coach, Dave Dickenson, in the Saskatchewan Roughriders’ 20-17 win.

Heading into Saturday’s matchup, Craig had yet to be on the winning side of things in the singling rivalry. Having dropped all their prior meetings, including two in recent weeks that sparked a winning streak for the Stampeders, to say that Craig breathed a sigh of relief when the final whistles blew would be an understatement

“It feels good,” said Dickenson to the media. “I thanked the guys that now I can go home and have Christmas dinner and not have sit at the kiddie table, hopefully, the family will take me back. I’m very proud of the guys, they played their hearts out.”

With their win over the Stamps, the Riders created a two-point cushion between themselves and the Stamps. While Dickenson talked about the result of the game on a personal side, he also discussed it on a professional one, mentioning how important the win was.

“It was a big one for a lot of reasons,” said Dickenson. “For me personally, I felt like Dave had my number and the other thing is, we haven’t beaten Calgary in last two years; I think it was a very big game. As far as regular-season goes, that was a big, big game for us.”

Now not having that winless record swirling over his head, Dickenson is looking forward to what a win like Saturday’s can lead to.

“Hopefully it gives us a shot of confidence, we feel we have a good team,” said Dickenson. “Winning games like that, late in October, should build some confidence. We hope it’s a confidence-building win.”

Since being named the team’s starter dating back to 2019, Fajardo was winless in all of his appearances against the Stamps. While he was a part of a win during his time as a BC Lion, he had yet to defeat the Stamps at the helm of the Green and White.

“Winning here at McMohan has been tough, I’ve got a lot of bad memories here,” said Fajardo post-game. “Most importantly, I think it’s good because you guys (the media) won’t be able to tell me that I’ve never beat Calgary again, so I’m going to take that to the bank and that’s going to feel good.”

Much like his teammates, Fajardo was ecstatic for his coach who shared the same ups and downs against the Stamps as he did.

“That one was really for coach Dickie,” said Fajardo. “He was in the same boat as I was. Obviously, it’s a little bit different because his brother coaches on the other side. In the locker room, a lot of the guys were happy for coach Dickie and we said, ‘That one is for coach Dickie,’ because I know it meant a lot to him.”

Next up for the Riders will be a trip out East to take on the Montreal Alouettes on Saturday at 7:00 p.m. ET.