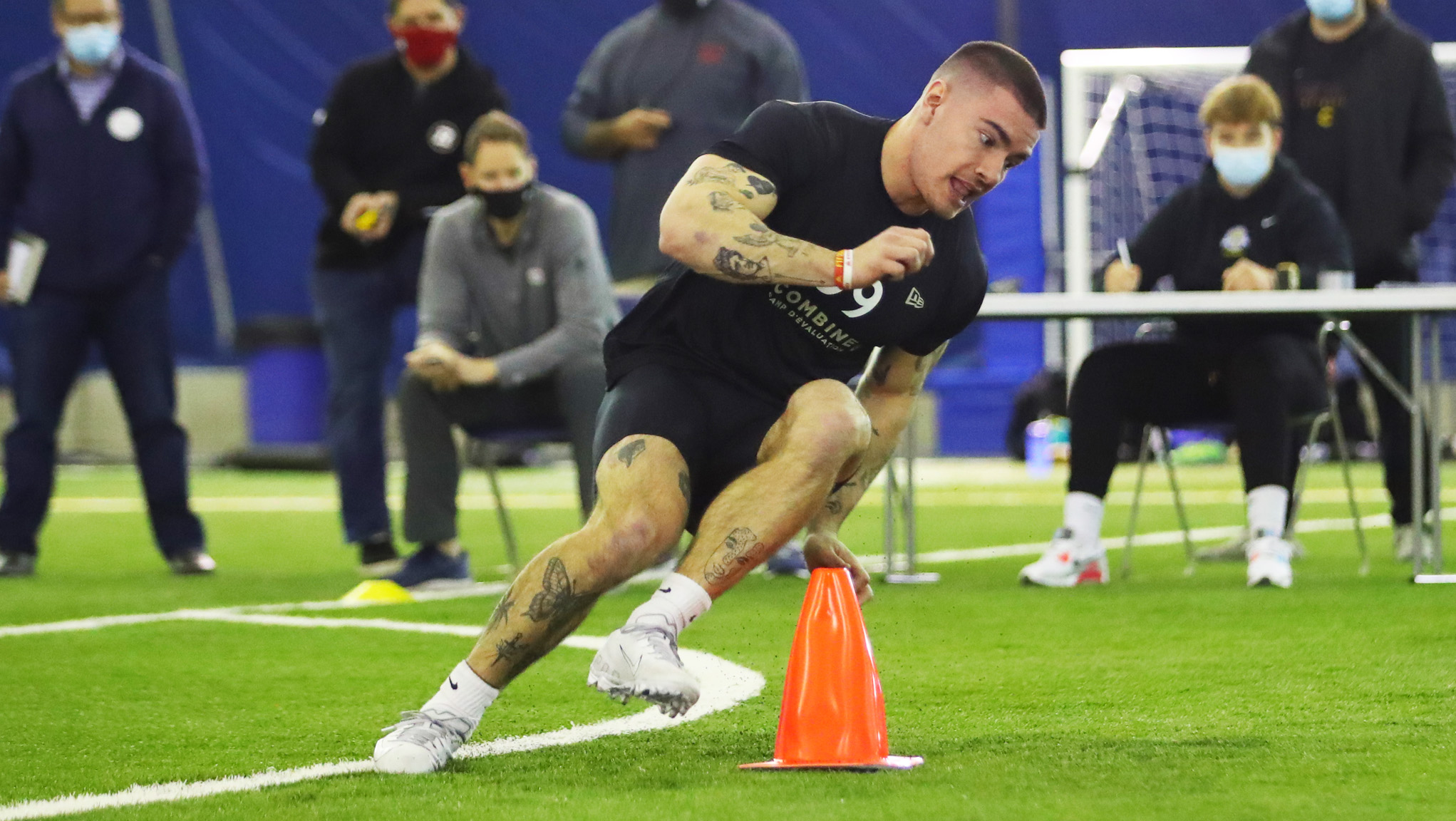 BAIE-D’URFÉ, QUE– The final results are in from the Scitec Sports Dome, as the testing portion of the Eastern Regional Combine is complete.

Prospects were put through six major tests on Friday in hopes of impressing the scouts before the 2022 CFL Draft on May 3. Some of the top performers will be invited to the CFL National Combine presented by New Era later in March.

RELATED
» Through the Lens: Eastern Regional Combine
» Combine 101: The basics behind each prospect drill
» Combine Leaderboard: Top 5 from each drill at Ontario Regional

Below is a look at the top five performers at each drill. The full results can be found here.