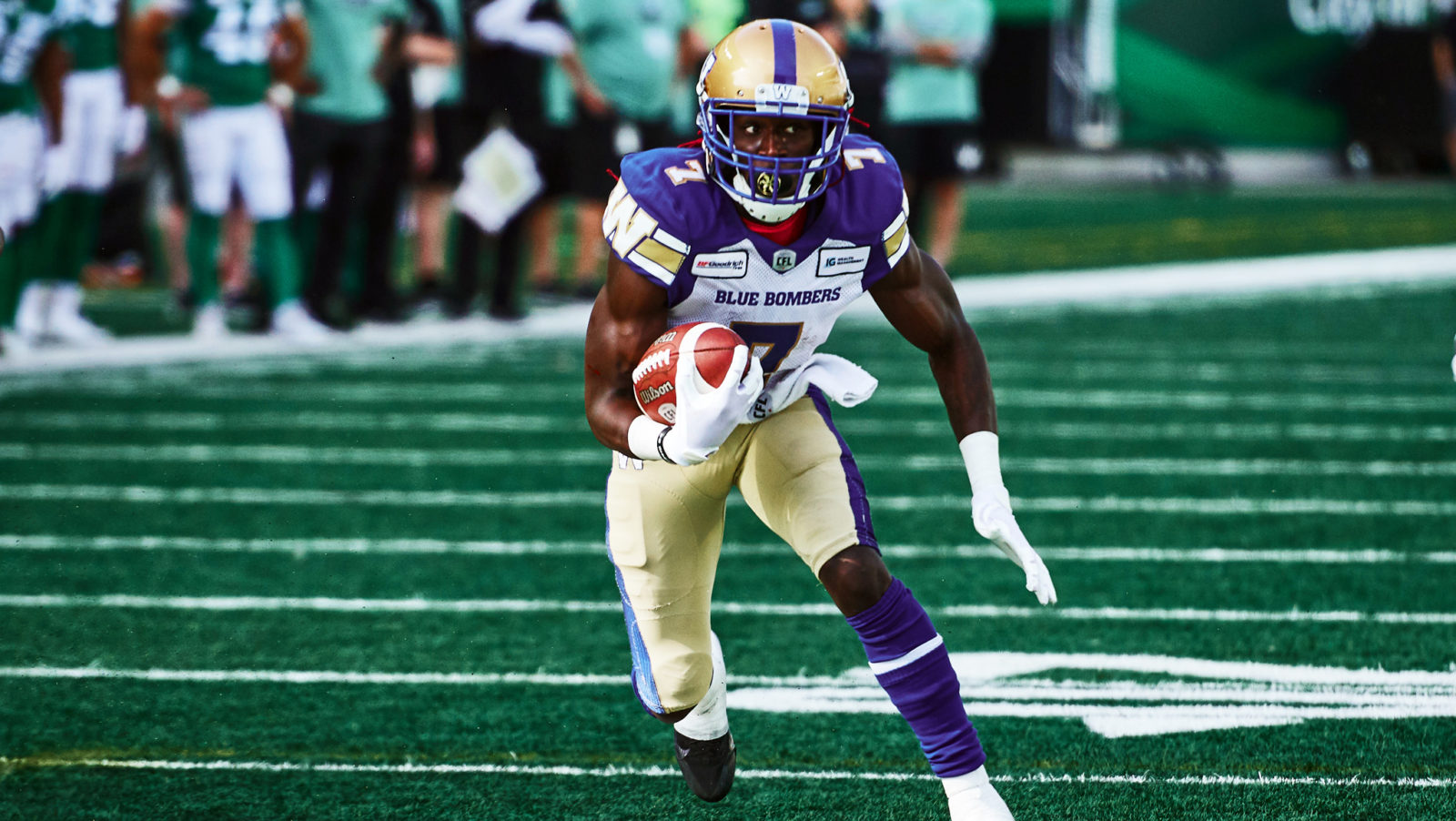 TORONTO — There are a handful players in the CFL that if you blink, you just might miss them.

Brandon Banks, Lucky Whitehead and DeVonte Dedmon are three speedsters that have impressed everyone with their ability to move quickly and leave their opposition in the dust.

But which of the three is the fastest? Is it the reigning MOP, who’s nickname is ‘Speedy B’? How about Whitehead or Dedmon, who both put themselves on the map in their first year in the league?

The CFL’s biggest stars weighed in on this debate, giving their opinions on who they deem the fastest in the league in the final instalment of the Best in the League series.

But it was his lightning fast speed that caught the eye of his competition.

“He had a return against Toronto that was pretty impressive,” said Hamilton Tiger-Cats linebacker Simoni Lawrence. “But one that put him on the map for me was when he was playing against Edmonton. He came off the route, running, hit him with a nice little hesitation and then the celebration at the end is what really got me.”

“I seen that dude in a pre-season game against us catch a slant, no more than seven, maybe eight yards down the field and he took off,” said Saskatchewan Roughriders receiver Shaq Evans. “(He) left everybody, our team, his team. There was nobody else in the screen.”

“There’s not many people in the world that can make world class athletes look slow,” said Toronto Argonauts quarterback Matt Nichols. “And there was a couple returns he had last year that there were guys who run 4.4s chasing him and he’s pulling away.”

Last but definitely not least is Banks. The seven-year CFL veteran quickly became known for his speed, earning his nickname as a returner in his first few years in the league. His speed was then featured on the Tiger-Cats offence and was eventually named the league’s Most Outstanding Player in 2019.

“Probably Speedy Banks,” said Edmonton Football Team receiver Greg Ellingson, when asked who the fastest player is. “He’s got that nickname for a reason.”

“Not only is he fast, but he’s super quick,” added Montreal Alouettes linebacker Henoc Muamba. “I’ve seen this guy change direction in the way that I don’t think I’ve seen another human being do it. He challenges you to be the best that you can and you can’t make a mistake.”

Who is the fastest player in the CFL? Weigh in below.

Who is the CFL’s fastest player?