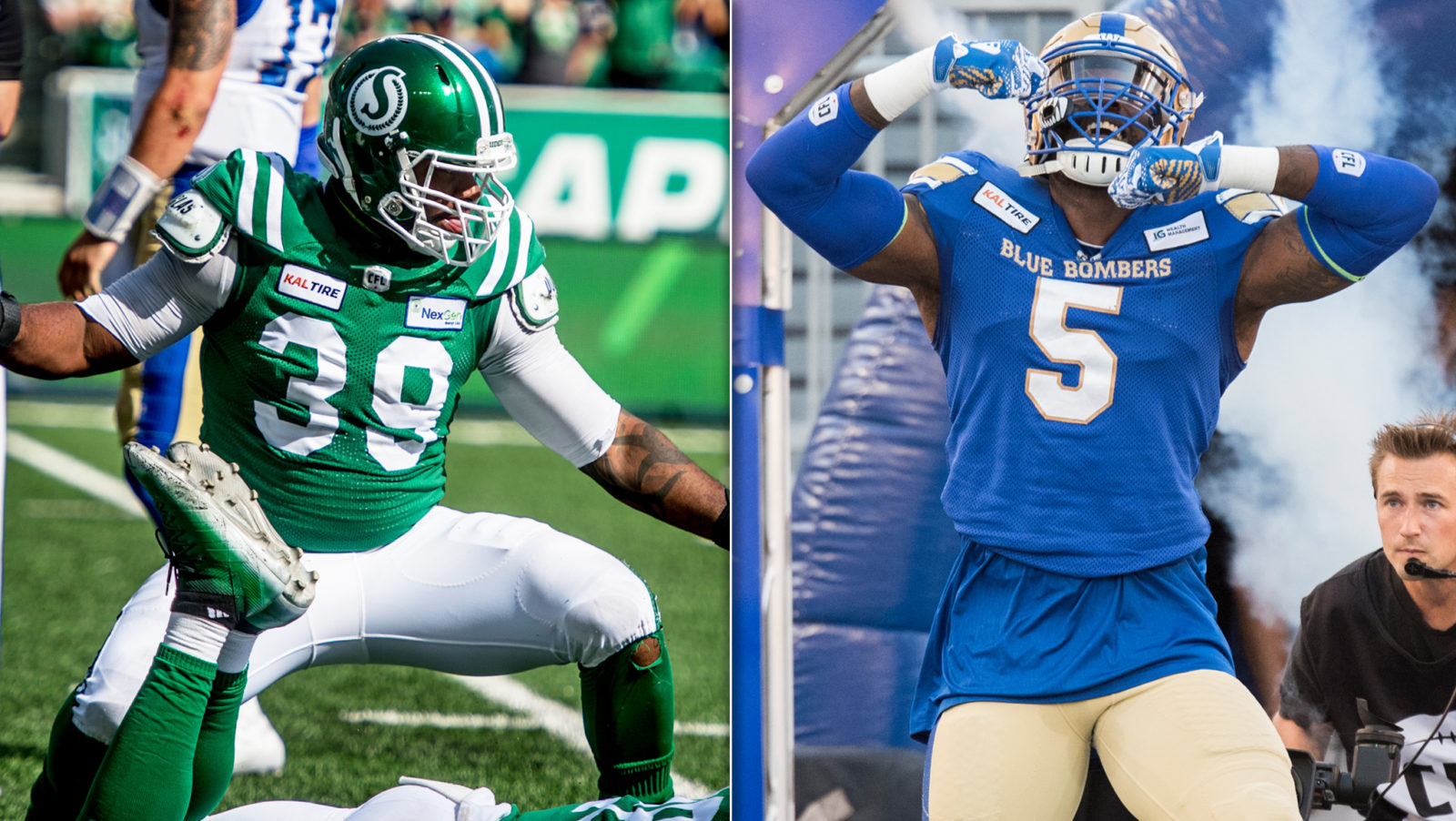 TORONTO — There are likely two names that come to mind when you think about the best pass rushers in the CFL: Charleston Hughes and Willie Jefferson.

Both have solidified themselves as a terror for opposing quarterbacks. But who is the best?

Is it Hughes, who is at or near the top of the league in sacks almost every year? Or is it 2019’s Most Outstanding Defensive Player, Jefferson?

The CFL’s biggest stars weighed in on this debate, giving their opinions on who they deem the best to get after the quarterback.

There might not be a single player as consistently good at getting to the quarterback than Hughes. He has led the league in sacks for the last four seasons, including tallying 16 last season, and even when he’s not at the top he’s close to it.

“He’s a sack machine,” said Edmonton receiver Greg Ellingson. “I don’t know how he does it but he just always seems to be back there taking quarterbacks down.”

Over his 12-year career, split between Calgary and Saskatchewan, Hughes has tallied 457 defensive tackles, 130 sacks, three interceptions and three touchdowns. Last season, he hit 50 tackles for the first time since rookie season in 2008, showing he isn’t slowing down any time soon.

“I’ve been playing against him for a decade now and he looks the same every year,” added Matt Nichols. “He’s just always making plays. There’s just something to be said about someone that’s been doing it that long.”

Ask Jefferson who he thinks is the best, and he doesn’t say himself. Instead, he names the veteran defensive end.

“Number one is Charleston, guaranteed,” said Jefferson. “Charleston is one of those guys that I have always looked up to.”

Jefferson hasn’t been around as long as Hughes, he joined the league in 2014, and yet he’s made an impact. Not only are his stats impressive, he has 151 tackles and 43 sacks so far in his career, but it’s the things that aren’t recorded that are what make him special.

“There’s certain positions in football where stats don’t always show the impact that you have on the game,” said Alouettes linebacker Henoc Muamba.

He can rush the quarterback, drop back into coverage or use his wingspan to knock down a pass. It’s those things that keep players on their toes and always being aware of where Jefferson is on the field.

“All the attention is to him,” continued Muamba. “I’ve literally seen teams send three guys to try and block him and he still gets through.”

“I remember there was a game against us where I think we were just starting to get rolling,” said BC Lions receiver Bryan Burnham, remember a Jefferson interception. “And Mike goes to throw a quick pass and we didn’t realize that Willie had dropped back into coverage.”

Who’s the best pass rusher in the CFL? Weigh in below.

Who is the best pass rusher in the CFL?