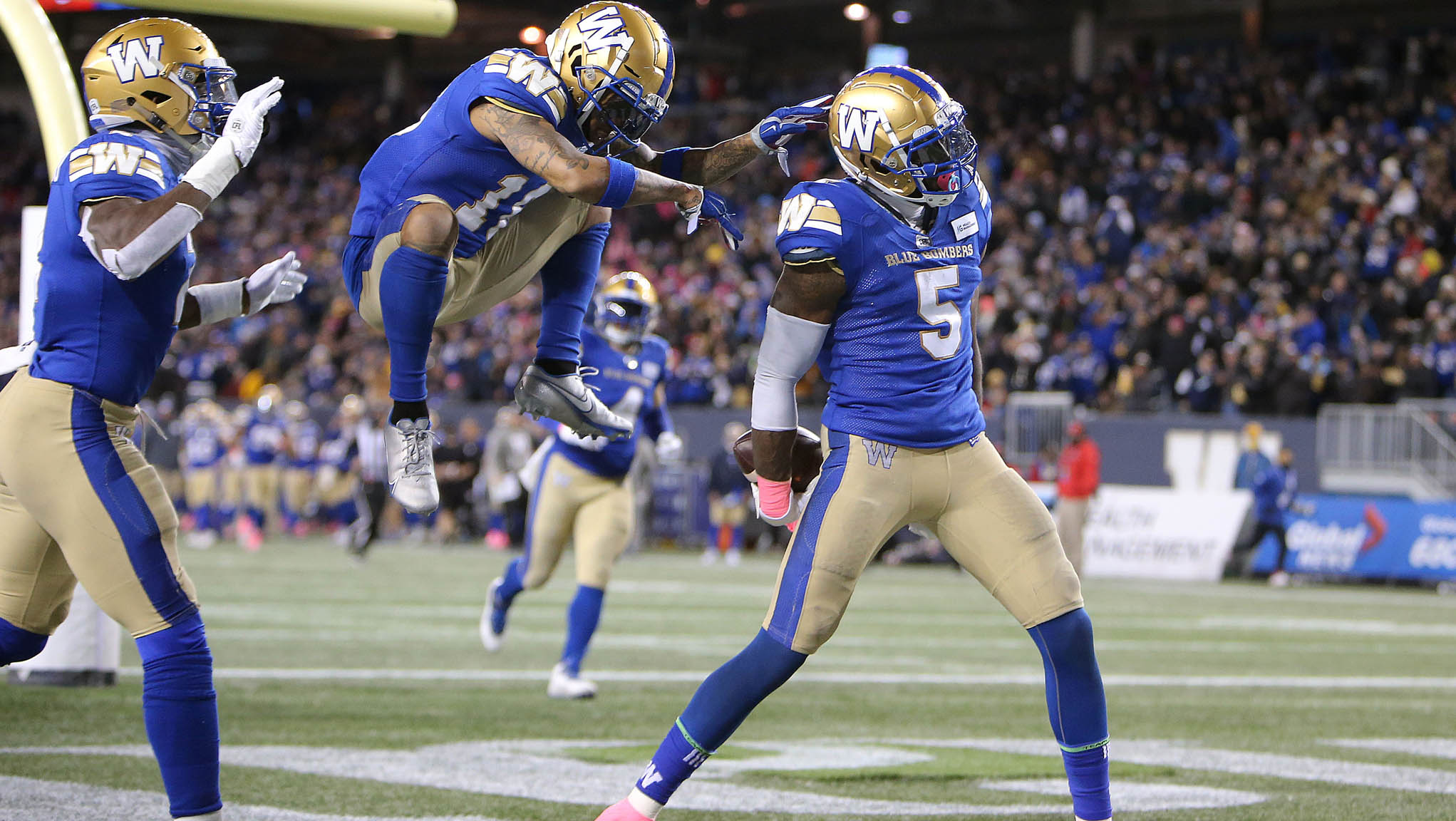 TORONTO — You’ll be hard pressed to find a player in the next 48 hours that will openly admit to thinking about their team playing in the Grey Cup game.

The players and coaches with all four of the Divisional Fina teams will tell you it’s all about the task at hand, keeping a focus on the present and doing the things that need to be done to extend their season another week.

Here, you’ve found one place and one rapid-calculation machine that has no problem looking at this week with one metaphorical eye and the 108th Grey Cup next week with the other.

The CFL Simulation is more than willing to fill in the blanks of next week, while giving you something interesting to think about in this week’s double-header.

We’ll start with the East, where the Argos are a slight favourite over Hamilton on Sunday. However, when looking at the possibilities of next week, the Ticats hold a higher likelihood of winning the Grey Cup than Toronto would.

In the West, it’s much more cut-and-dry. The Bombers are overwhelming favourites against the Riders, a team they topped twice in the regular-season and the team they got past in the 2019 Western Final, en route to their Grey Cup win. Winnipeg has an almost 87 per cent chance of winning on Sunday and making a repeat appearance in the Grey Cup game.

Take a look to see how the simulation thinks this week and next might play out.