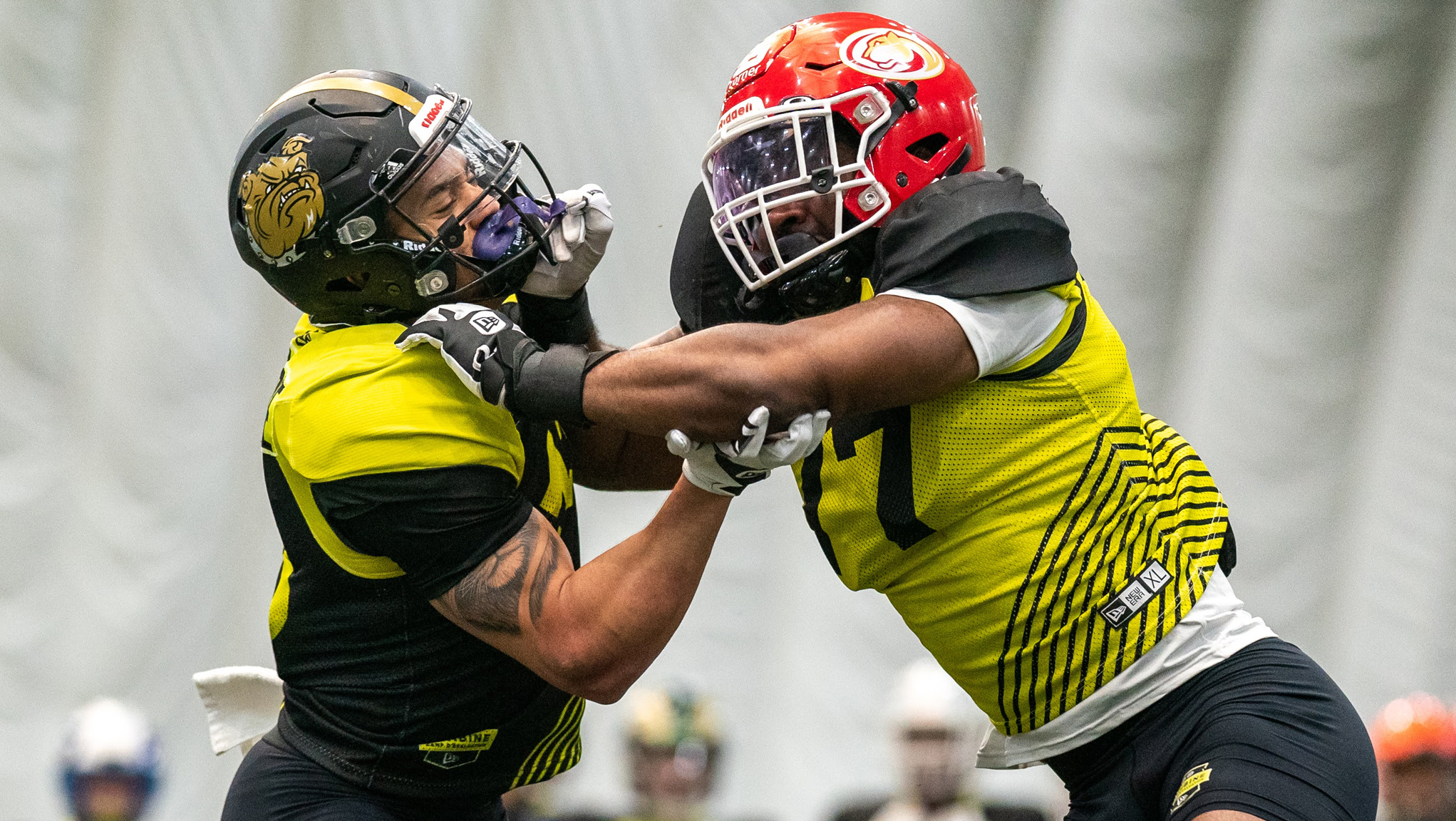 TORONTO — Football players from around the world are set to shine on May 3 when the CFL Global Draft gets underway, kicking off a full day of selections between two drafts.

The Global Draft will be streamed live on CFL.ca starting at 12 p.m. ET as CFL.ca’s Marshall Ferguson and the CFL’s Head of Football Operations Greg Dick steers fans through every pick of all three rounds. Later on that evening, the CFL Draft will take place starting at 8:00 p.m. ET on TSN where Canada’s top talent is at the forefront.

But before things turn to the Canadians, all eyes will be on the Montreal Alouettes and general manager Danny Maciocia, who holds the first overall pick in this year’s Global Draft, and the team has plenty of options.

Last month at the CFL Combine presented by New Era, Maciocia and the rest of the GMs and scouts from around the league had the opportunity to see 34 Global prospects in person. Along with talking to the prospects to get to know them on a personal level, they also got to see their football skills as they hit the field and participated in drills and one-on-one sessions.

The group was talented and many of them left an impression on evaluators. A pair of defensive lineman, Noke Tago and Karlis Brauns, topped all prospects (including Nationals) in the bench press with 30 and 29 reps, respectively. While receivers Yoshihito Omi and Robin Wilzeck, along with defensive backs Maceo Beard and Edris Jean-Alphons, linebacker Ryan Gomes, and defensive lineman Simeon Okonta-Wariso all had strong outings once they strapped on the pads.

But those who attended the Combine aren’t the only Global players available.

There are over 100 eligible prospects that could be selected in one of the 27 spots in the draft including linebacker Kingsley Jonathan from Syracuse University or Jordan Genmark-Heath, another linebacker out of UCLA.

All that’s left to do now is wait to see where these players are selected on Tuesday afternoon as they look to kickstart their Canadian football careers.

For the first time, the Global Draft will take place on the same day as the CFL Draft. The selection order for the three-round Global Draft was determined by random weighted draw (weighted based on waiver priority).

In 2021, 28 total Global players dressed for a game, with 36 total having been on rosters. The following is breakdown of Global player contributions in the 2021 season.