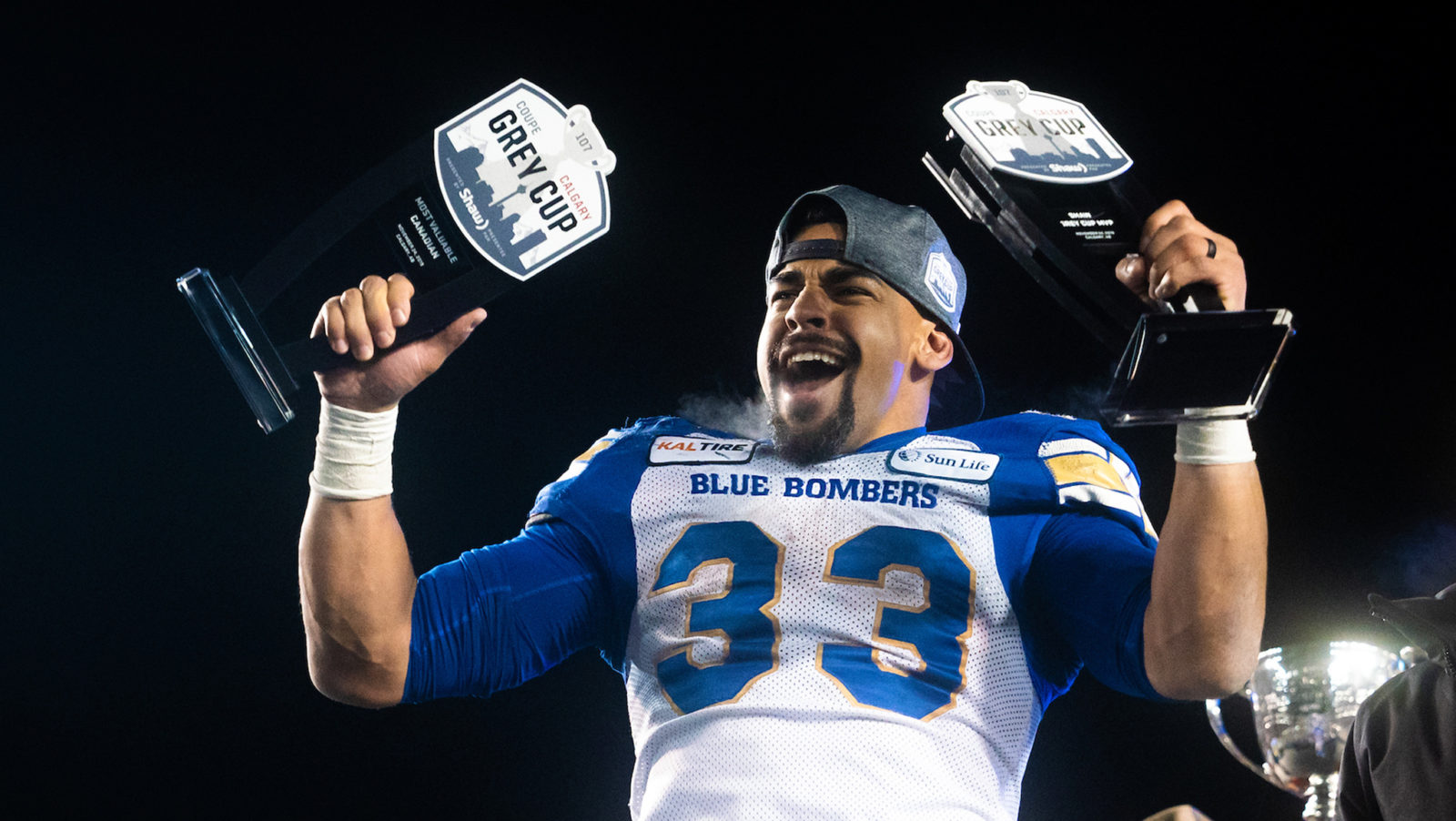 It was pretty incredible what we witnessed last November as the Winnipeg Blue Bombers won the 107th Grey Cup presented by Shaw.

Not only did we see a team break a drought that was years in the making, but we also got to witness one of the best Canadians to ever play the game take home a piece of history.

Andrew Harris was named the game’s Most Valuable Player and the Most Valuable Canadian after his performance in helping lead Winnipeg to victory. The 32-year-old had two first-half touchdowns, helping to led Winnipeg to their first championship since 1990. After surpassing 100 yards on the ground in the fourth quarter, Harris became the first Bomber to rush for over 100 yards in a Grey Cup in 61 years.

It’s only fitting that we get to re-live this epic contest on Thursday night after the CFL announced the list of running backs and linebackers that have been nominated for the All-Decade Team presented by LeoVegas.

Not surprisingly, Harris is one of the running backs eligible to be named to the All-Decade team. His incredible accomplishments over the last decade cannot be ignored.

Harris started his career with the BC Lions (2010-2015) before signing with his hometown club, the Winnipeg Blue Bombers in 2016. So far in his career, he’s tallied 9,038 yards and 46 touchdowns in 151 games. He proved his versatility as well, adding 30 more major scores to go along with 565 yards through the air.

But it was this performance, on a cold night in Calgary as he looked to prove many people wrong following his 2019 season, that put him in the history books.

“You always hear athletes say that they focus only on what they can control,” said CFL.ca’s Chris O’Leary. “There were a lot of things that were out of Harris’ control in 2019, in terms of the reaction to his failed drug test and not being voted into the end of season awards. I think the criticism fuelled him all year and the Grey Cup game was his release.

“His dominance left the voters that rejected him a month earlier no choice but to name him the game MVP and Valuable Canadian. He had the final word on the field and he had some choice words after the game for those that doubted him.”

Those choice words: “We were in the zone and I was feeling it. All the haters out there that talked (expletive), this is for you!”

Catch this game on CFL.ca at 8:00 p.m. ET on Thursday night and re-live the Bombers winning the 107th Grey Cup.