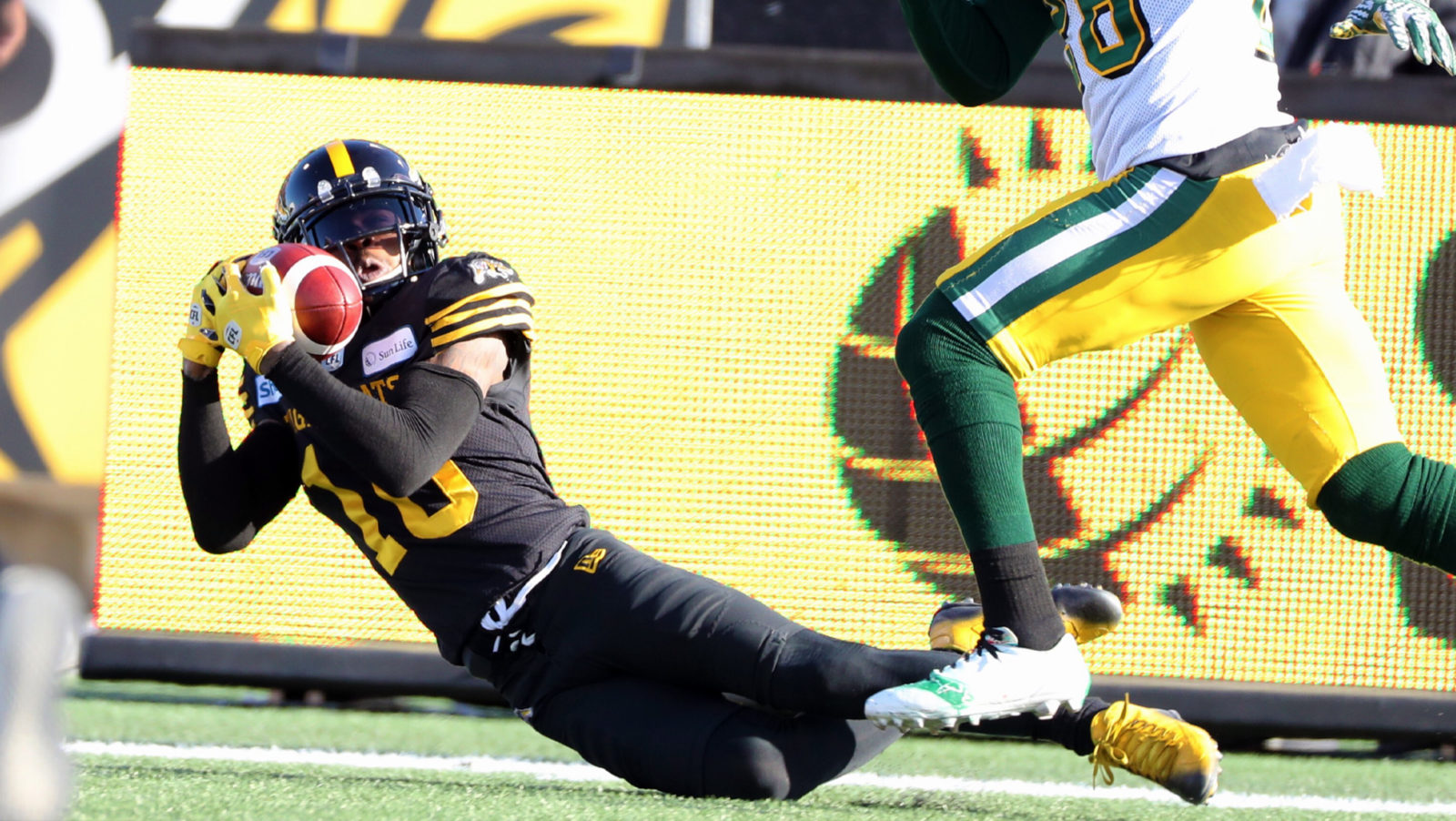 Thinking back to last year’s Eastern Final, there are many exciting moments that could come to mind.

Dane Evans making his first CFL playoff start and impressing everyone with his performance (he completed 21 of 36 passes and throwing for 386 yards, a touchdown and an interception). The Eskimos coming out onto the field carrying flags that said “Why Not Us” as they tried to become the first crossover team to get to the Grey Cup.

The Ticats defence forcing two turnovers on the Eskimos’ first two offence drives leading to 10 points. Or even Tim Hortons Field turning into a blackout, with every fan wearing black.

But there was one moment during the game that will be remembered for a long time and it was Brandon Banks’ incredible touchdown in the second quarter.

I was at this game, covering the Eastern Final after spending the Semis out west. I saw the Banks catch live and couldn’t believe he came down with it. The roar from the fans at Tim Hortons Field was incredible, even from the press box.

I spoke with Tommy Condell this week, the Ticats offensive coordinator, to get his thoughts on the game, and of course, on that Banks catch.

He said the first thing that he considered on calling that play was the where the sun was. The team was driving opposite of where the sun was setting. That meant that any receiver who needed to look back to see where his QB was throwing would be looking directly into the sun. But ‘Speedy B’ wears a visor, meaning he’d be able to see the ball coming towards him.

So they ran the play, Evans got flushed out of the pocket and threw as Banks took off down the field.

“We know there’s 10 commandments, but we have the 11th commandment in Hamilton. You can ask Dane this. The 11th one is that you can never overthrow Speedy,” Condell said. “I’m sure Dane chucked it as far as he could right over the top. We know you can never overthrow Speedy and he came up with a tremendous catch into the sun and was able to make a great, great play over the top of the DB.”

While watching that play, what you may not have noticed was what another Ticats receiver, Jaelon Acklin, was doing. Acklin ran what Condell called a cancel route. He tricked the free safety, Jordan Hoover, to bite on his route, leaving no extra defensive help up top where Banks made his catch.

“The guy that’s going to set up the play in the beginning is him (Acklin),” said Condell. “So he’s really going to cancel off Mr. Hoover, off the board. You just put a spotlight on him in the way he ran, and continued to run and find out when he looks back for the ball. And that’s going to show you how much of a team player… I’m getting chills… how much of a team player he was on that play.”

You can rewatch this play, and the rest of the Eastern Final in a condensed 40-minute version, on Thursday night at 8:00 p.m. ET. on CFL.ca.