TORONTO — Week 15 in the CFL kicks off on Friday night and there are four exciting matchups on tap for fans to enjoy.

Action starts in Toronto where the Argonauts and Hamilton Tiger-Cats battle for first place in the East Division. Then things move to the second half of Friday’s doubleheader where the Calgary Stampeders visit the BC to take on the Lions.

Saturday’s doubleheader starts in Montreal as the Alouettes play host to the Winnipeg Blue Bombers. And last, but not least, the Saskatchewan Roughriders and Edmonton Elks battle at Mosaic Stadium. 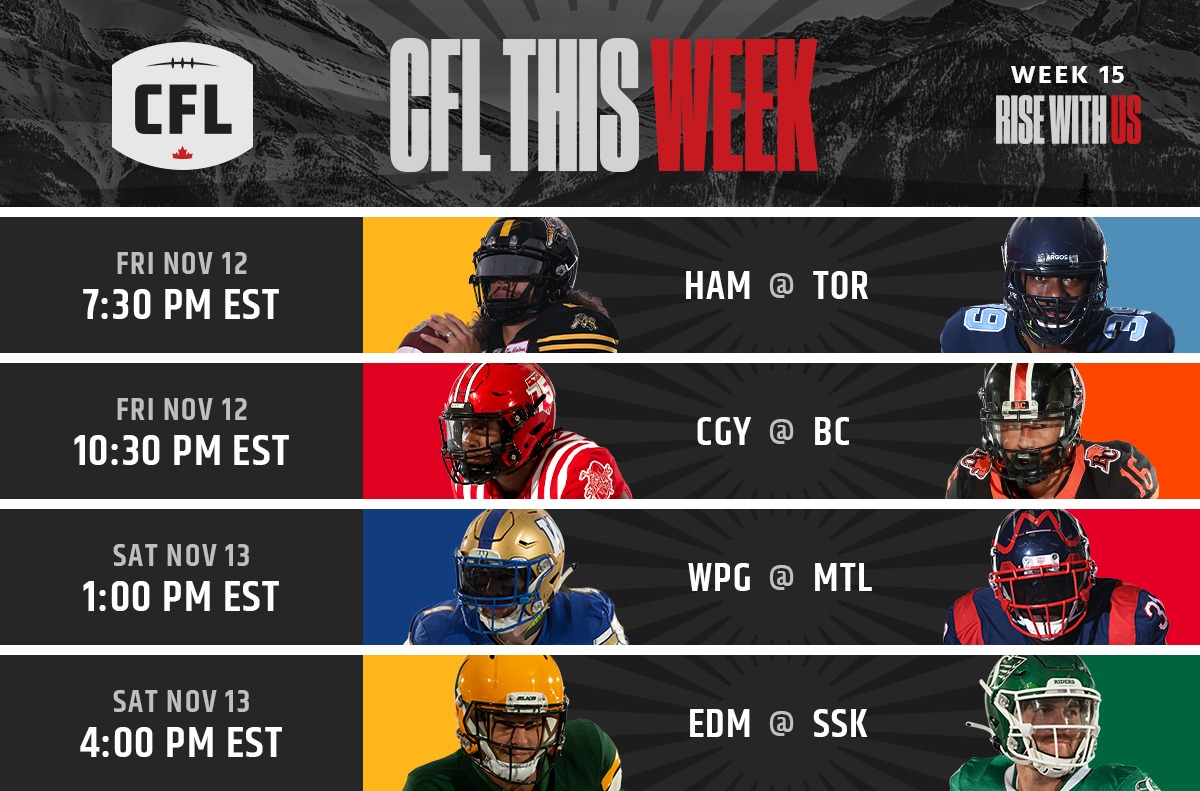 HOW THE EAST WAS WON

LION ON THE HUNT