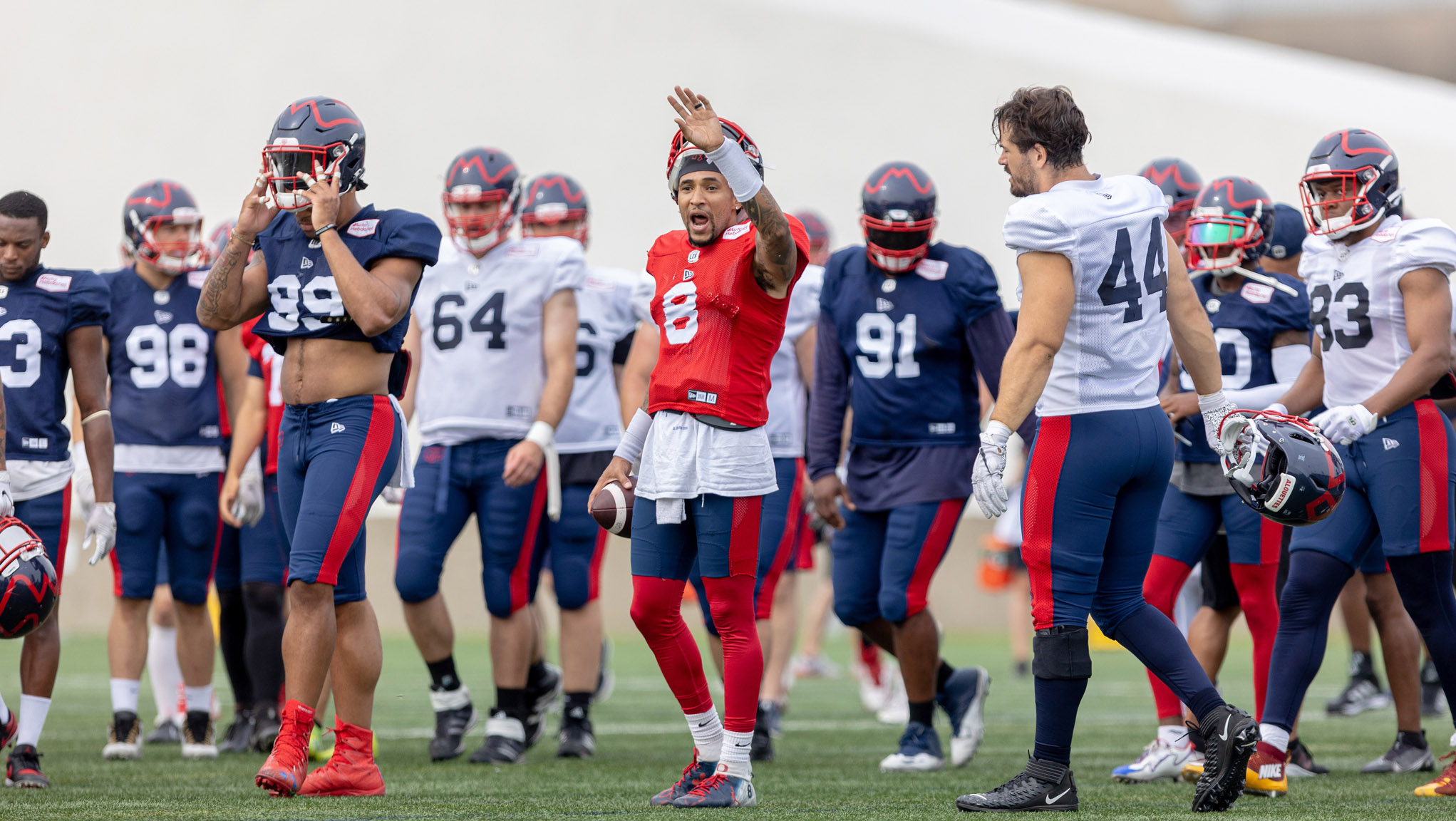 With a bevy of talented receivers at his disposal and an offence that let him thrive in 2019, Vernon Adams Jr. could be poised for a big step forward in Montreal (CFL.ca will be previewing the 2021 season, breaking down special teams, defence and offence for all nine teams as they get set to hit the field (Dominick Gravel/Montreal Alouettes)

Last Sunday I was doing a radio hit for TSN 690 in Montreal talking about the return of the CFL and what should be the proper expectations for quarterback Vernon Adams Jr.

In the middle of the interview it hit me: Why can’t he be in contention for the MOP? Hell, why shouldn’t he be the favourite? If you are in a CFL fantasy league draft and you have the No. 1 pick do not hesitate to pull the trigger on Vernon Adams. If you play daily fantasy, do not fear whatever the cost is, just go grab the Alouettes’ signal caller, plug him in your lineup and relax because the odds are you’ll have the most productive quarterback starting that week.

At this point you may be wondering, how could you be hyping Adams over the CFL blue bloods like Bo Levi Mitchell, Michael Reilly or even the 2019 passing champion Cody Fajardo? Well, for a couple reasons.

RELATED
» Rosters Taking Shape: Tracking cuts across the CFL
» Super Mario: Alford leading the way on Als special teams
» On The Way Up: Montreal looking for more on defence

The first being that Montreal is absolutely loaded with offensive talent for Adams to play with all over the field. Here is how good they are at the skill positions: The team released Naaman Roosevelt (who was just under 1,000 receiving yards in 2019) and it doesn’t feel like a huge deal. That’s not meant as a slight against Roosevelt. I have no doubt he’ll be picked up by some lucky team and make a difference.

Montreal possesses a dangerous blend of experience with B.J. Cunningham and Eugene Lewis, with relative newcomers in Quan Bray and Jake Wieneke. Cunningham was limited to just six games in 2019 but it wasn’t that long ago (2017) that he was 1,000-yard receiver. Lewis just keeps getting better and better, going from a bit player in 2017 to 827 yards in 2018 to his breakout 1,133-yard 2019 campaign. As rookies in 2019, Bray and Wieneke combined for nearly 1,400 yards and 14 touchdowns. I apologize for throwing so many numbers at you but wow, this aerial attack should be bananas this season.

Another factor that could lead to Adams taking the fantasy crown in 2021 is the competition he will be facing. I expect Ottawa to be improved from what we saw two years ago but the fact remains they were dead last in points and yards allowed. Montreal will face the REDBLACKS four times in this shortened season.

Toronto will also have two shots against Adams, and while on paper they should be a dominant unit, we have no idea just how good they can be when you consider how many new players have suddenly been thrown together after being away from the game for so long and no pre-season to jell as a unit.

On the other side is a quarterback who had two fewer touchdown passes than the CFL leader, McLeod Bethel Thompson (26 versus 24) but had 62 fewer passing attempts than the Argonauts’ quarterback. No quarterback had more total touchdowns than Adams’ 36 scores. 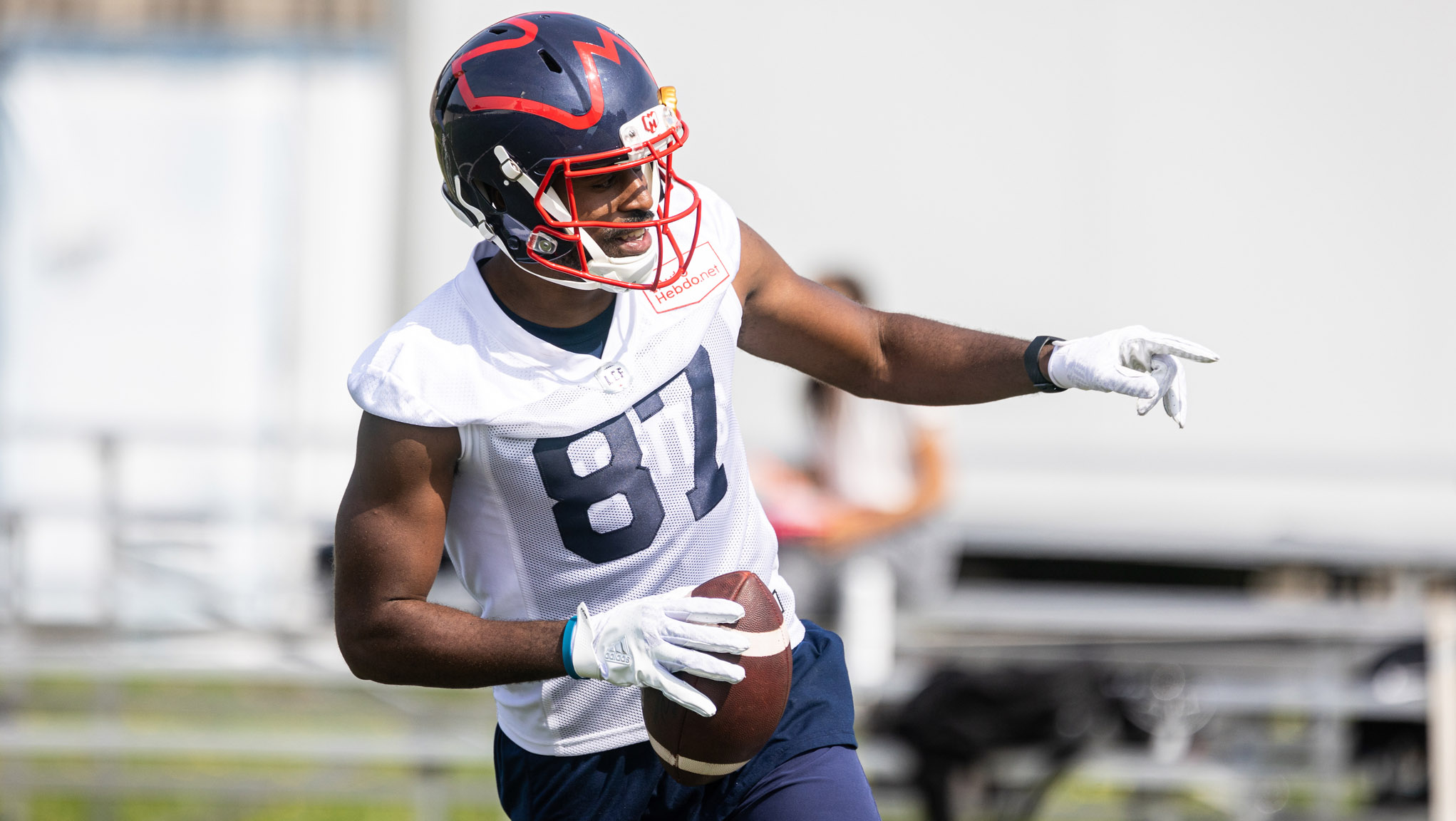 Eugene Lewis found chemistry with Adams in 2019 and was rewarded with the first 1,000-plus-yard season of his CFL career (Dominick Gravel/Montreal Alouettes)

So, there is the quick statistical analysis as to why Montreal could have their first MOP winner since Anthony Calvillo in 2009. Obviously, I’m excited to see what peak Adams could look like on the field but my enthusiasm for this storyline goes far beyond touchdown passes and 400-plus-yard games.

I am all for new stories being told and this one is worth telling. This is a quarterback who was a backup, an afterthought for the first four years in the league, attempting a total of 111 passes from 2016 to 2018.

Then came the last season of CFL football. The Alouettes were a combined 31 games under .500 in the four years prior. All that losing was a direct result of the team’s inability to find the proper successor to Calvillo. Suddenly, things started to change for Montreal and the East. A win over Hamilton in Week 4; 407 yards and a couple touchdown passes in a win over Calgary and nearly 500 passing yards and four touchdowns in a wild come-from-behind, trailing-by-20-in-the- fourth-quarter victory over the eventual Grey Cup champion Winnipeg Blue Bombers.

Of course, more important than the individual numbers Adams posted was the fact that he had a 10-5 record as a starter for the Alouettes. I’ve written about it before but I love the stories of him spending upwards of $20,000 of his own money to fly teammates to Seattle for private workouts.

In June he left his Pacific Northwest home to get back to Montreal to get through all quarantine protocols as soon as possible to start getting ready for the upcoming season. This is a young man who is all business. His entire focus is on getting better and continuing to build where he left off two years ago. I can’t wait to see the next chapter in his journey that could end up with some serious hardware coming his way.