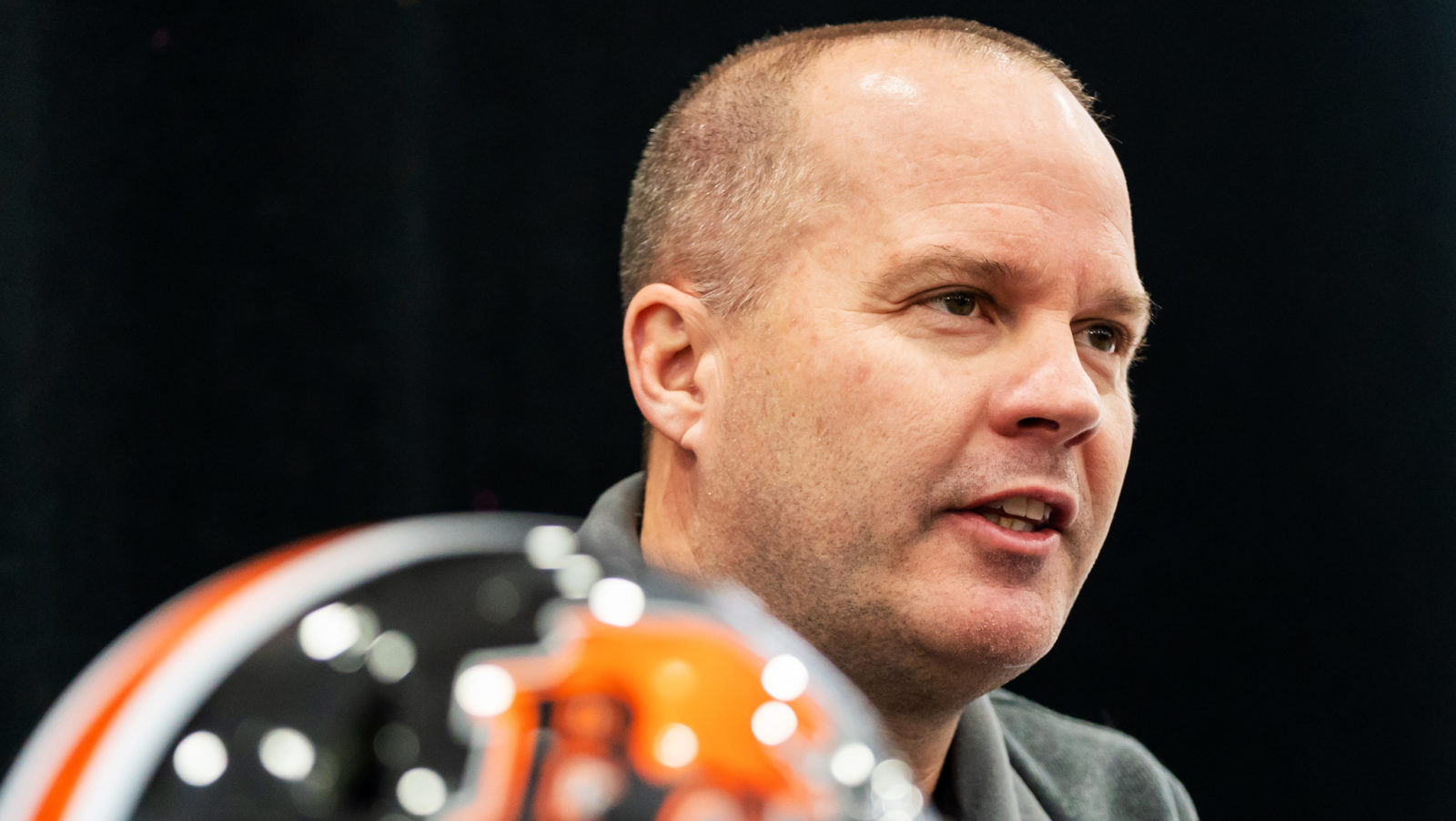 Just as he has many times during his CFL head coaching career, Rick Campbell walked out of TD Place Stadium a winner. Saturday night’s game was different though as it was the first time he collecting a win for the visiting team as his BC Lions defeated the Ottawa REDBLACKS 24-12.

In the leadup to Saturday’s game, Campbell was adamant about how he was solely focused on the game and coming out victorious, rather than the pageantry of his return. With a win secured he talked about how it felt being back.

“I appreciate this town,” Campbell told the media post-game. “I lived here and stuff so that’s the biggest part for me. Once the game got started, I was just focused on the game and getting a win. It’s always big to get a win on the road, but definitely appreciate the time I had here,” he added.

RELATED
» Lions pick up a win in rainy Ottawa
» Boxscore: Lions at REDBLACKS
» Through the lens: BC at Ottawa

After being selected and given the honour of becoming the first REDBLACKS head coach in the history of the franchise, his success in the nation’s capital will forever be remembered. Over his five-year period with the REDBLACKS, Campbell turned an expansion club into a dominant player in the East Division. His career with the REDBLACKS was highlighted by three Grey Cup appearances and a Grey Cup title in 2016 after defeating the Calgary Stampeders. Campbell’s efforts were also noticed league-wide as he was named the CFL’s Coach of the Year in 2015.

Before Campbell was a head coach in the CFL, he spent time with a handful of different franchises. Prior to his arrival in Ottawa, Campbell enjoyed two stints in Calgary as a defensive coordinator and a running backs coach. He additionally spent time with the Winnipeg Blue Bombers and Edmonton, where he was a part of two Grey Cup-winning teams in 2003 and 2005.

Knowing it was Campbell’s return, Lions quarterback, Michael Reilly wanted to be able to get the win for his coach.

“For the old guys like myself, of course, you want to get your coach a win at his old stomping ground,” Reilly told the media post-game. “More importantly, we’re just trying to improve and get better every single week and add to the win column.”

Campbell, Reilly and the Lions will take on the Ottawa REDBLACKS back at BC Place at 10:00 p.m. EST following their upcoming bye week.