That’s been the case for many teams around the league, performing better in the comforts of their own stadiums. It could be because of the familiarity of following their regular routine or the crowd getting involved to energize the players that helps teams win more games on home soil.

Take the Hamilton Tiger-Cats, for example. The Tabbies went undefeated at Tim Hortons Field in 2019, winning all nine regular season games and the Eastern Final against the Edmonton Football Team. 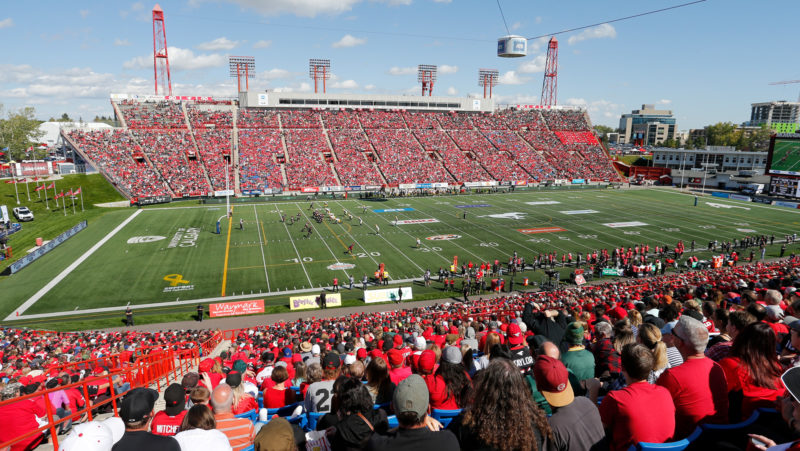 McMahon Stadium has become known as a difficult place for opponents to play (Larry MacDougal/CFL.ca)

So, how good are teams at home? CFL.ca takes a look back in history at some trends and statistics:

– A total of 15 teams have gone undefeated at home, including eight teams that have gone 9-0 since the schedule moved to 18 games in length. Before Hamilton, the last team to do so was Calgary in 2016, and Montreal in 2009 before that. Hamilton is just the third team to go unbeaten at home since Toronto in 1997.

–  Alberta teams are a combined 69-21 at home the last five years, a winning pct. of .767. Alberta has been a difficult place to visit along with the rest of the prairies.

– Calgary has won a minimum of seven home games eight years in a row, which ties its own mark also accomplished from 1990 through 1997 when they went 64-8 (.889). No other team has done this and Calgary has done so twice.