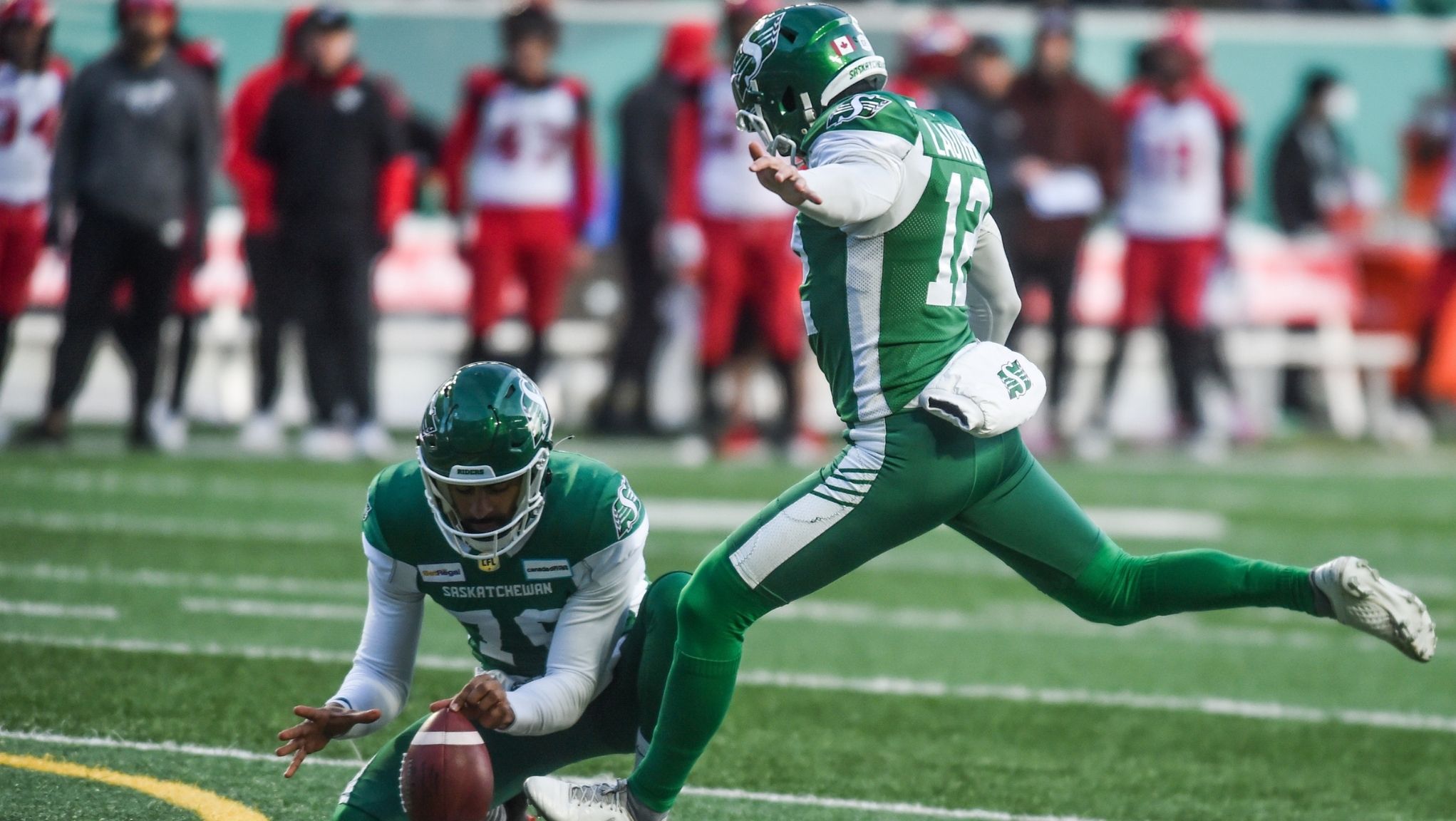 REGINA —  Walking off the Calgary Stampeders and sending the Saskatchewan Roughriders to Winnipeg to face the Bombers, Brett Lauther left his mark on Sunday’s Western Semi-Final.

After Rene Paredes sent the Riders and the Stamps to overtime with a 47-yard attempt to knot the game up at 27, both teams had their chances.

Saskatchewan struck first in extra time with Lauther’s 20-yard field goal but Paredes countered from 25-yards out. Following Paredes’ miss from 44-yards out, Lauther sent the Riders to the Western Final with his game-winning 34-yard field goal.

RELATED
» Boxscore: Stamps, Riders by the numbers
» Though the Lens: Western Semi-Final photos
» Watch: Riders’ onside kick leads to a TD to begin second half

“It’s got to be up there,” Lauther said to the media about how Sunday’s game-winner ranks among the biggest moments of his career. “Playoff game, overtime; pretty cool scenario and stuff too, but I’ve got to deflect the credit from how hard the guys fought all week, all year.”

The Riders’ kicking game was influential in their win but has been so all season long. Finishing the season with the second-highest kicking percentage of 85.1, Lauther has been leaned on by the Riders for points multiple times this season.

Though he accounted for 12 of the Riders’ 33 points on Sunday, it was his second-half opening onside kick that swung things for the Riders. The play resulted in a touchdown, as Cody Fajardo connected with Kian Schaffer-Baker. Denying to divulge the Riders’ special teams’ secrets, Lauther admits that there there is more to come from the Green and White’s kicking game.

“I don’t want to give away too much, but we have a lot of things in all year that we’re kind of letting out now,” said Lauther. “We’ve been prepared for that like a number of other things, like different onsides in Calgary this year and getting the ball back multiple times, that’s all we’re trying to do, give our offence another possession.”

While post-game questions were directed at Lauther asking him about how he felt about kicking the game-winner, he shared that he didn’t care for the personal accolades that were associated with it and that he was happy for what it brought the team.

“I don’t even care that I kicked the game-winner. I just wanted to win this game so bad for the fans and the coaches and J.O. [Jeremy O’Day] and the whole organization top to bottom. This province deserves it so much,” said Lauther.

As for his teammate, Cody Fajardo trusted that Lauther was going to win the game for them when they got the ball back in overtime.

“I got all the trust in the world that ‘Money Lauther’ is going to make a play for us,” said Fajardo post-game. “He’s one of those guys who felt that he got snubbed as an All-Star and went out there and performed a clutch kick for us. I told the guys in the huddle, ‘We’re going to run the ball twice and Brett’s going to come in and kick a game-winning field goal and we’re all going to be excited about it.’”

Next up for the Riders is the Western Final against the Winnipeg Blue Bombers on Sunday, Dec. 5 at 4:00 p.m. ET at IG Field.