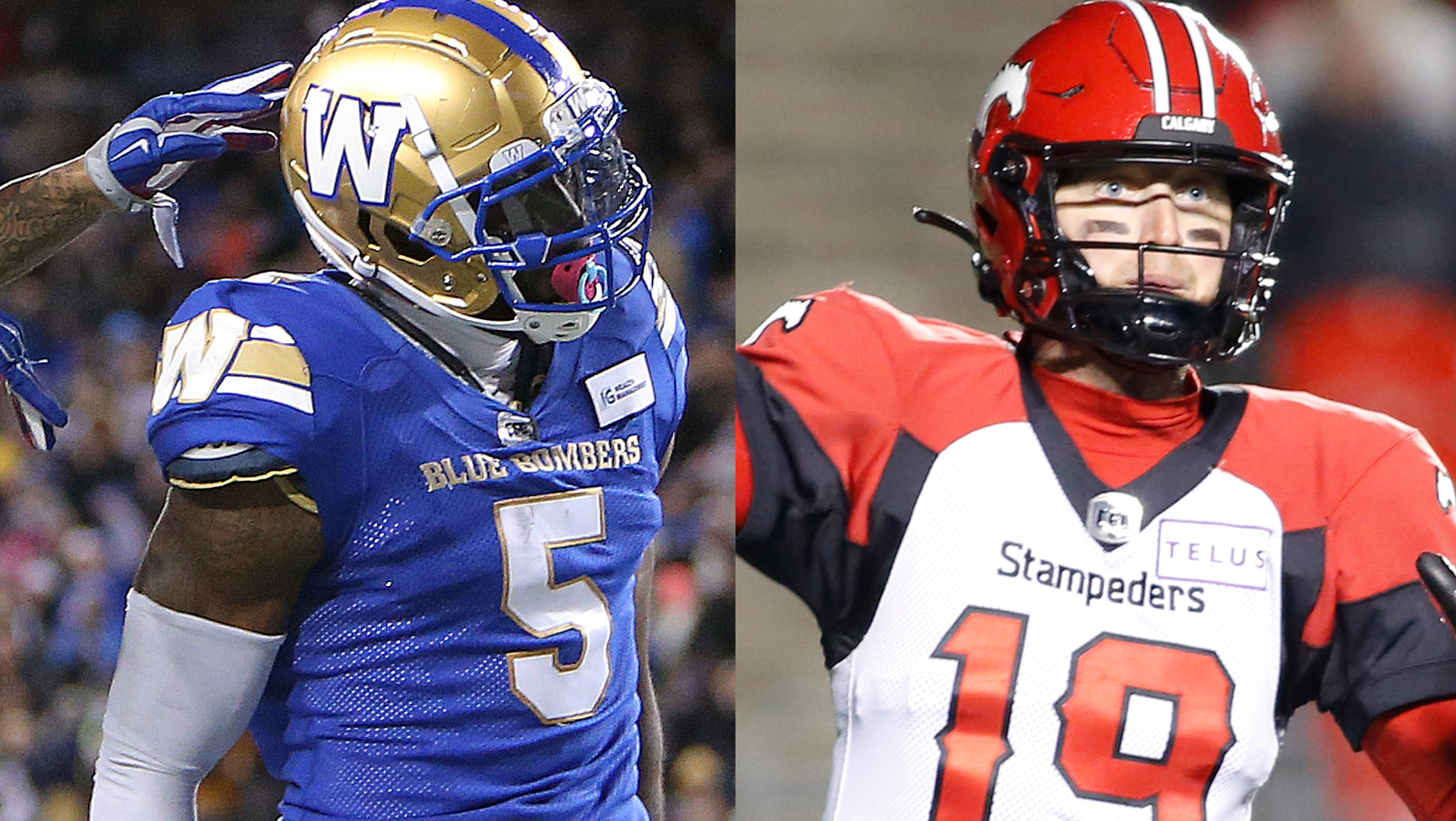 CALGARY — In the last game on the schedule for the regular-season, the Calgary Stampeders and Winnipeg Blue Bombers want to go into the playoffs on a high note.

Both teams have solidified their postseason plans, with the Stamps traveling to Regina next week for the Western Semi-Final and the Bombers waiting in Winnipeg to host the Western Final on Dec. 5. While Saturday’s game will have no bearing on what lies ahead for either team, it seems that we’ll at least see a number of key players on the field for stretches.

Both Bo Levi Mitchell and Zach Collaros are listed as starting quarterbacks, with Stamps’ coach Dave Dickenson and Bombers’ coach Mike O’Shea saying they’ll have their No. 1 pivots on the field for portions of the game.

After having their nine-game winning streak snapped last week in Montreal with a number of their starters out of the lineup, the Bombers will look to finish the season with just two losses. To help them get there, O’Shea will work some of last week’s resting starters back into the lineup. With the team spending next week watching how the Calgary-Saskatchewan game shakes out, the regular-season finale is a good chance to keep those players sharp.

“Everybody looks at it in different ways,” Bombers’ safety Brandon Alexander told the Winnipeg Sun this week, looking at both sides of the rest vs. rust debate.

“And every one of them is true in some sense. It’s important to win every game. I don’t care if you’ve got your starters or your second string in, we’re going there to do one thing, and that’s to win. So we’re going to keep that ball rolling.”

“We want to make sure we’re playing fast, see what we see and play a good, solid football game,” Dickenson told the Calgary Sun this week. “I’m stressing, ‘Let’s play winning football’ and a lot of the time, the score takes care of itself.”

“When you look at a game like this, things are for the most part sorted out, but it’s professional football,” Calgary receiver Richard Sindani told the Sun.

“In my opinion, any time you can kind of put on the jerseys and play against another team, you’ve got to go out there and bang, you’ve got to go out there and try to win. It’s not so much about pride, I don’t think, it’s just that this organization is all about executing and winning, so we’ll step on the field regardless of what’s at stake and try to take a ‘W’ there.”

One statistical measure to keep an eye on: Collaros had led the league in passing through most of the season and was surpassed last week by BC’s Michael Reilly. With Reilly sitting out on of BC’s finale on Friday night, Collaros (3,112 yards) is just 171 yards behind Reilly for the league lead. Depending on how much he’s on the field on Saturday, he could reclaim the passing crown.

Mitchell would need a Herculean/Matt Dunigan-esque night to jump to the front of the passing yards race. He has 2,555 yards in 10 games played this season.