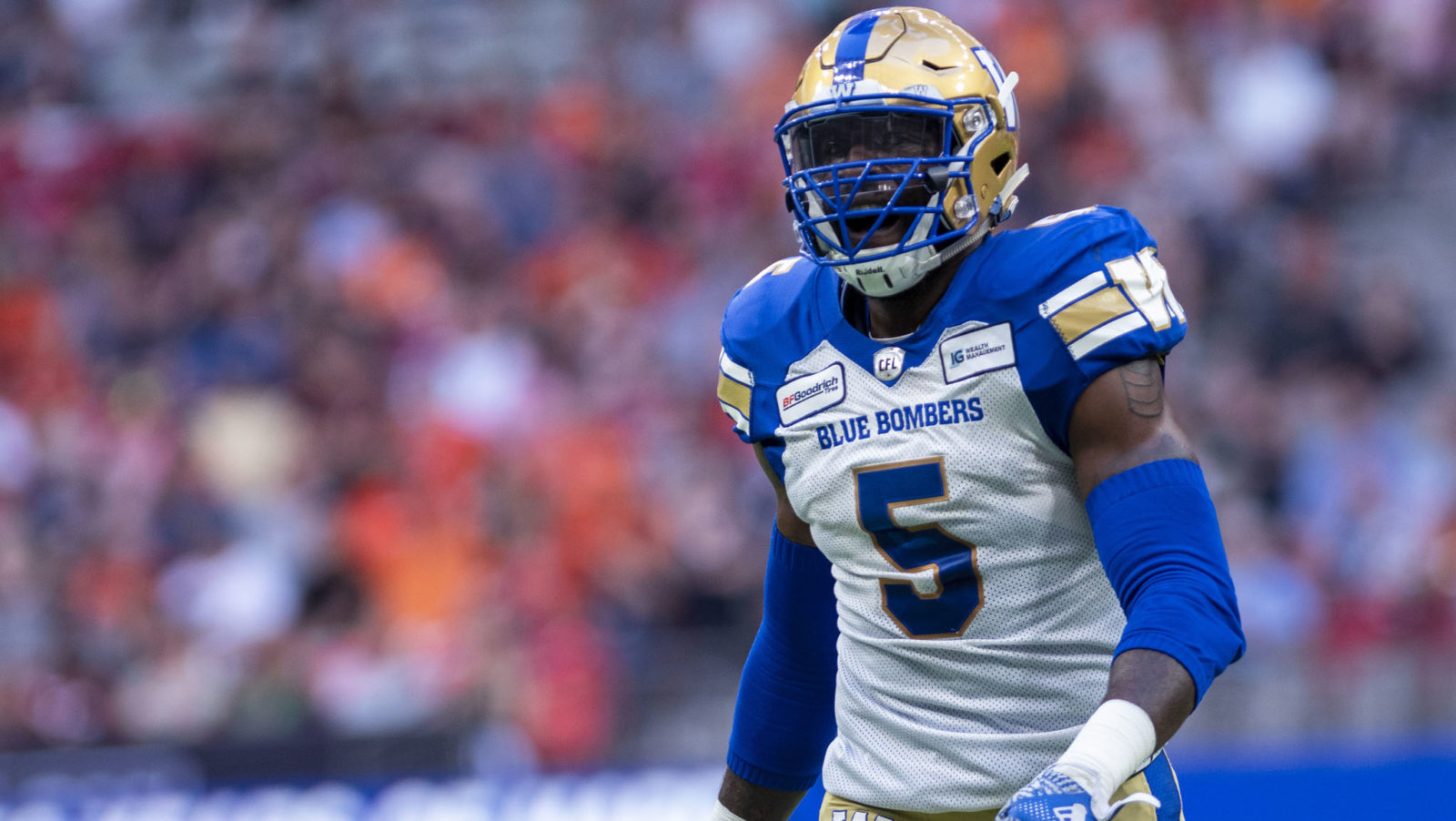 WINNIPEG — The Winnipeg Blue Bombers announced on Monday that the club has agreed to terms with defensive end Willie Jefferson on a restructured contract.

Signed to a two-year extension in February a year ago, Jefferson agreed to this restructuring as part of his commitment to the Bombers for the 2021 season.

Jefferson authored the best of his six-year Canadian Football League career in 2019. In his first year as a Blue Bomber, he posted a career-best 12 quarterback sacks, set a new CFL record for pass knockdowns by a defensive lineman with 16 (best in the league), while also leading the CFL with six forced fumbles and adding 24 tackles, an interception and two fumble recoveries.

RELATED
» Collaros, Bombers agree to restructured deal
» Collaros on restructured contract: ‘It was a pretty easy decision for me’
» Bryant on staying in Winnipeg: ‘No doubt this is where I wanted to be’

The 2021 season with be Jefferson’s seventh in the CFL after spending 2014-15 with the Edmonton Eskimos and 2016-18 with the Saskatchewan Roughriders. The veteran lineman has appeared in 94 regular season games, registering 43 sacks, 151 tackles, three career interceptions and touchdowns, and 12 forced fumbles.