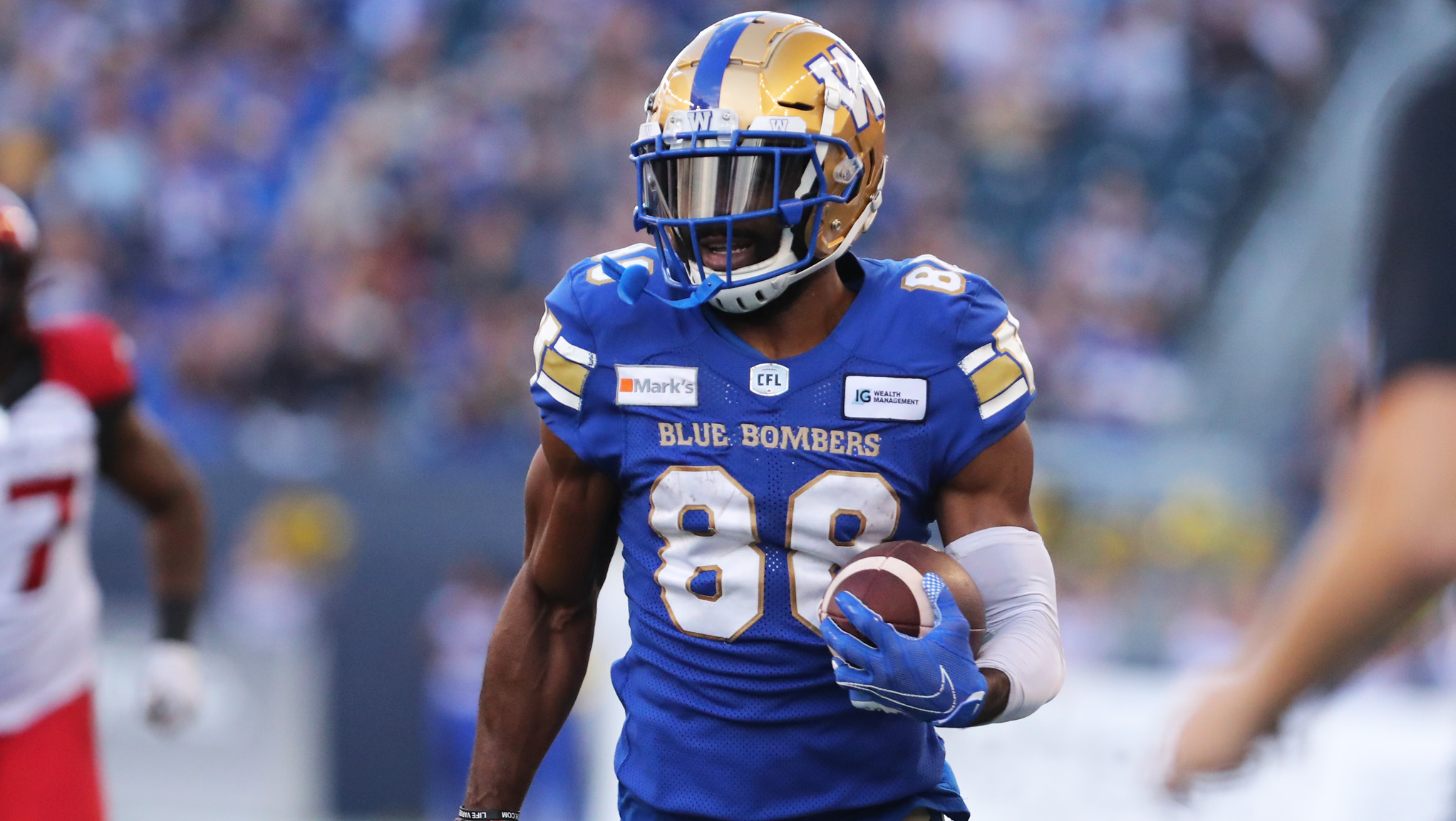 WINNIPEG — The Winnipeg Blue Bombers have agreed to terms on a one-year contract extension with American receiver Rasheed Bailey, who was scheduled to become a free agent next week.

Bailey started all 14 regular season games for the Blue Bombers in 2021, posting career numbers with 52 receptions for 629 yards and five touchdowns.

He added six more catches for 116 yards in the playoffs, including a touchdown in the Western Final and a critical two-point conversion in overtime of the Grey Cup win.

Bailey made his CFL and Blue Bombers debut in 2019, suiting up for five games that season and finishing with 19 receptions for 206 yards with four more receptions for 26 yards in three playoff starts that November.

He first turned pro in 2015, signing as an undrafted free agent with the Philadelphia Eagles after a college career at Delaware Valley, where he finished as the school’s all-time leader in receiving yards and second in receiving touchdowns.

Before arriving in Winnipeg, Bailey also had stints with the BC Lions, Jacksonville Jaguars, San Diego Chargers, Cleveland Browns and Carolina Panthers.