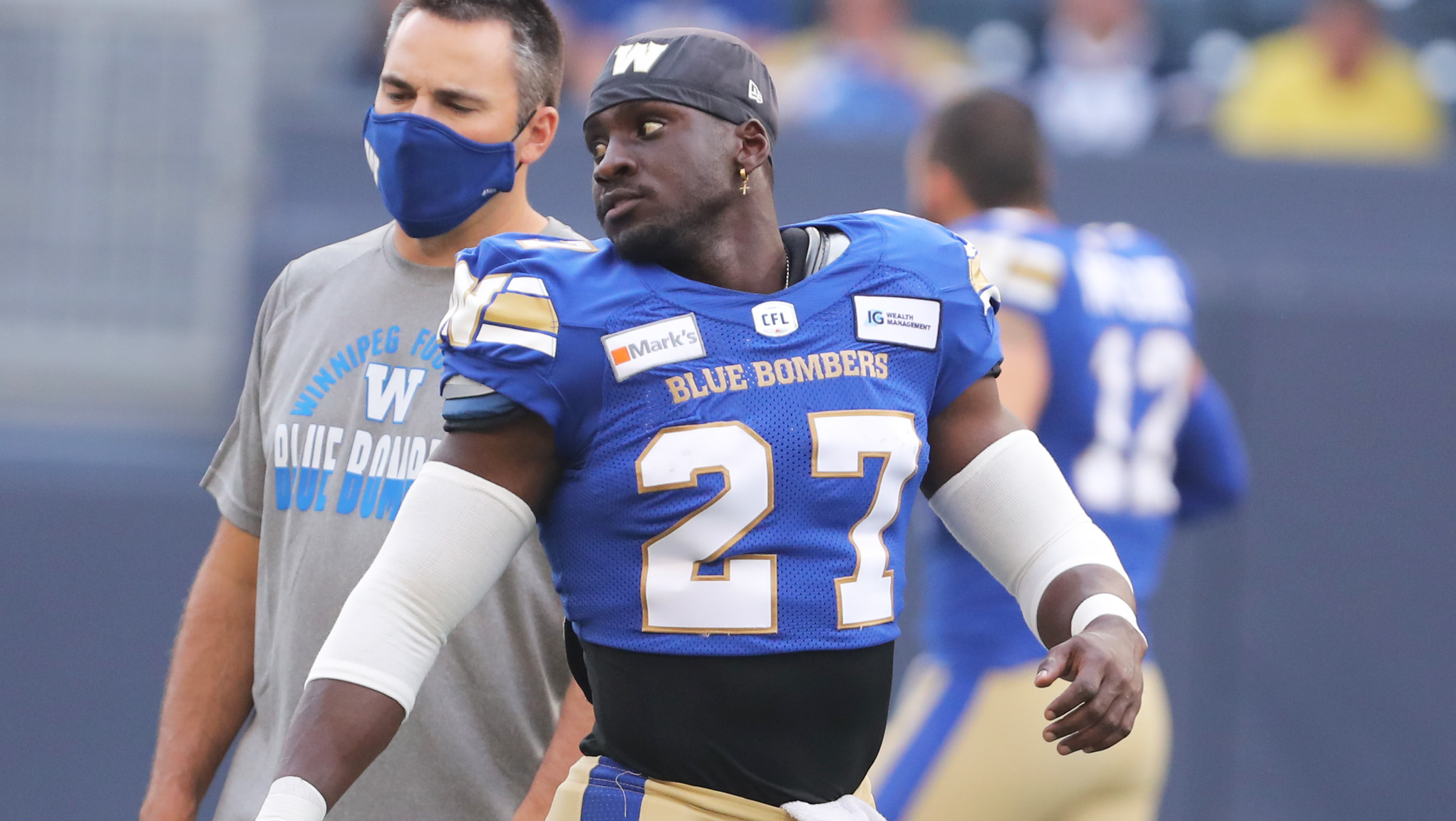 WINNIPEG — The Winnipeg Blue Bombers have agreed to terms on a two-year contract extension with Canadian running back Johnny Augustine, who was scheduled to become a free agent next week.

Augustine dressed for all 14 games in 2021, rushing 40 times for 285 yards. The running back rushed 38 times for 242 yards in 2019, adding another six receptions for 92 yards and a touchdown. He made his first CFL start in the annual Labour Day Classic, rushing 12 times for 98 yards while adding four catches for 17 yards.

Augustine was not selected in the 2017 CFL Draft, but was signed by Edmonton and invited to their training camp that year. He returned to university after camp and was then signed by the Saskatchewan Roughriders in February before being released before training camp and finally signing with the Bombers in May of 2018. Augustine earned a spot with the Bombers after an impressive training camp in 2018 that included rushing eight times for 81 yards and a touchdown in a preseason win over Edmonton.

Augustine played five seasons with the Guelph Gryphons, rushing for 2,742 yards and 28 touchdowns on 483 rushes. In his senior year, Augustine rushed for 690 yards and nine touchdowns on 122 carries.