It has hit home harder at certain times than others. And with many great CFL fans across the land reminiscing about their cherished Labour Day stories this past weekend, the cancellation of the 2020 season due to COVID-19 certainly felt as real as it did back on August 17th. Yet it’s funny. When your favourite Lions scribe saw the reaction, it was hard not to feel excited about 2021 and beyond. After all, it’s the fans that glue this great Canadian institution together.

Many of the great ones have also wasted no time in etching their name on the new Grey Cup Fan Base. The Base represents CFL fandom to its core. A chance to forever be connected to Canada’s greatest sports trophy: the Grey Cup. With that, we decided to pay tribute to our own great Lions fans and how each of the club’s six Grey Cup championships was made possible, in large part, thanks to their great support. 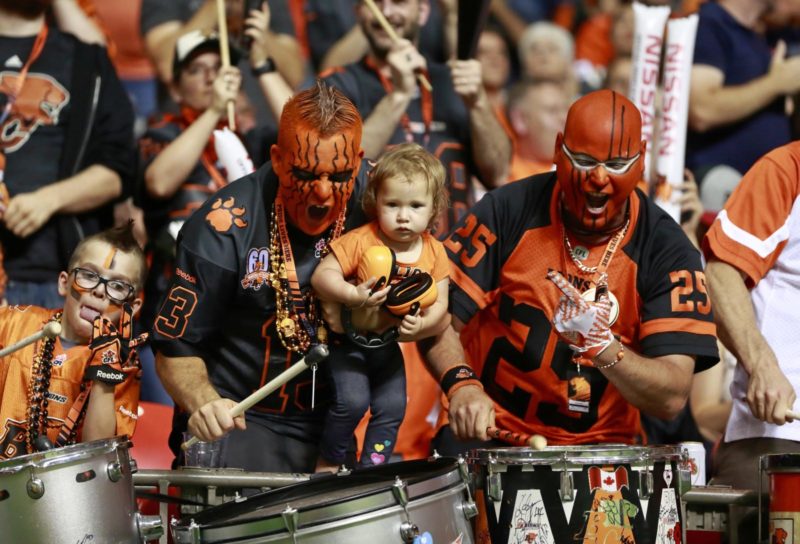 BC Lions fans pictured at BC Place Stadium during a game (BCLions.com)

One year after Hamilton broke their hearts in the Grey Cup in front of the home fans at Empire Stadium, the Lions were victorious over the same Tiger-Cats squad at Toronto’s Exhibition Stadium. Joe Kapp and Wille Fleming served as the main catalysts in a 37-24 win over Angelo Mosca and company. It was the first pro sports championship for British Columbia since the Vancouver Millionaires 1915 Stanley Cup triumph. Back home, the Lions were met with a hero’s welcome. Check out the cool float, complete with a replica mountain lion, that made the rounds in a very spirited victory parade. With the National Hockey League’s Canucks six years away from hitting the ice, these Lions were the talk of the town. 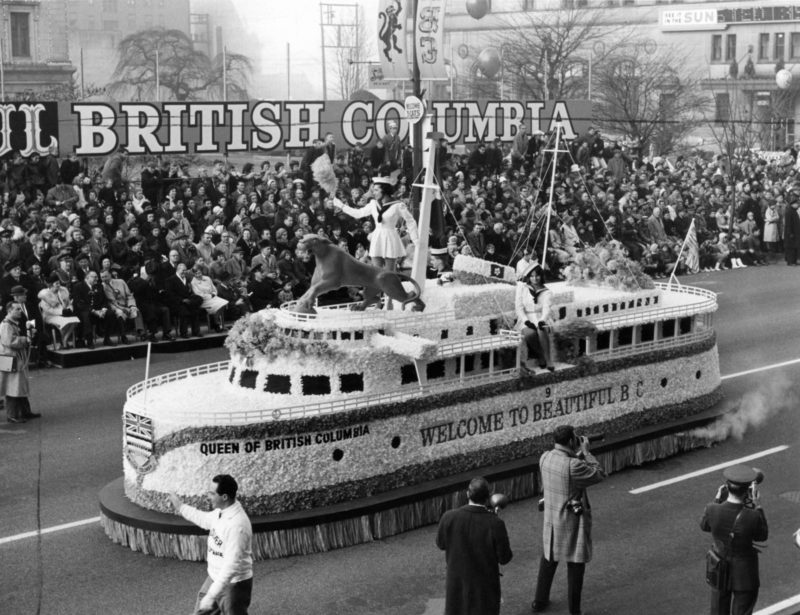 A brilliant 80s decade for the club was highlighted by the big move downtown to BC Place. Very quickly, the dome became the best home-field advantage in the CFL. This was evident in the stretch from 1983-85 when the Lions hosted Winnipeg in three consecutive Western Finals, winning two of them. The 1983 victory was followed, of course, by a heartbreaking home Grey Cup loss to Toronto the following week.

Two years later, Roy Dewalt, Ned Armour, Lui Passaglia and a determined group reached the top of the championship mountain with a 37-24 win over Hamilton at Montreal’s Olympic Stadium. Many of the fans that had packed BC Place and caused havoc for opposing offences the last three years finally had seen the squad snap their 21-year Grey Cup drought. On December 9th, they tributed their heroes with another memorable downtown parade.

Although it had only served as home for the Lions for 12 seasons, BC Place would host its fifth Grey Cup game by the 1994 season. And in each instance after 1983, the Lions failed to advance to the big game in front of their home fans. 1994 provided a historic backdrop. After upset road wins in Edmonton and Calgary, the Lions returned “home” to face the powerhouse Baltimore CFLers. Like the rest of their American expansion cousins, Baltimore wasn’t required to fill their roster with a quota of non-imports. Even with the momentum gained with those two playoff wins, the Lions would need to ride the energy from their home fans and it would indeed play a role in the 26-23 upset win.

After Passaglia’s game-winning field goal, some of the rowdy fans stormed the field in celebration. The ruckus ultimately forced the Grey Cup trophy presentation to be moved inside the Lions locker room. Indeed, sometimes fans get a little too excited! Baltimore head coach Don Matthews was concerned enough about the noise that he had to remind CFL officials early in the week that those in charge of in-game presentation wouldn’t be allowed to encourage fans to make noise as the Grey Cup is always treated as a “neutral site” game, regardless of who is playing. That is all now a footnote in history. The legend of 1994 will live on forever.

Perhaps the most consistent thing about the 2000 regular season for the Lions was that it was, in fact, remarkably IN-consistent. They suffered losing streaks and the mid-season departure of head coach Greg Mohns to the XFL. Then late in the regular season, the legendary Passaglia announced that he would retire from football at the end of that season, his 24th with the organization.

“Win one for Lui’ turned out to be the perfect rallying cry. The club gave Passaglia a going away tribute following their win home win over Saskatchewan to close out the regular season. As this write recalls, it was none other than veteran offensive lineman Jamie Taras at the podium reminding Lui and all the fans in attendance that they weren’t ready to go home just yet. After following the same path from 1994- road wins in Edmonton and Calgary- the Cinderella run was completed with a 28-26 win over Montreal in the 88th Grey Cup at Calgary’s McMahon Stadium. Passaglia’s field goal with 1:25 to play proved to be the eventual winning points. What a way to go out. Back home, the Lions held a parade in front of thousands of fans inside BC Place Stadium.

Diehard fans witnessed a resurgence of the club- both on the field and at the box office- after Wally Buono’s arrival in 2003 and a crazy quarterback controversy involving Dave Dickenson and Casey Printers. Over 55,000 packed BC Place for the dramatic overtime victory over Saskatchewan in the 2004 Western Final. Sadly, it all ended with a loss to the determined Toronto Argonauts in Ottawa the next week.

After the disappointing end to 2005 where an 11-0 start quickly evaporated into a second half collapse and loss to Edmonton in the Western Final, 2006 was considered “Grey Cup or bust.” A 13-5 regular season was followed by a 45-18 dismantling of Saskatchewan in the Western Final inside a very vibrant BC Place. The 25-14 Grey Cup win over Montreal wasn’t as close as the score indicated. Back home, Vancouver Art Gallery steps served as the parade stage for the thousands that braved the wind and the rain. Upon announcing that the player bus was a few minutes late, the host referenced the downtown Vancouver traffic as being the toughest opponent the team had faced that season.

Sometimes you need to fly through some dark clouds to really appreciate how passionate your fans are about your team. After engineering one of the greatest turnaround stories in CFL history, Travis Lulay and company were in the Grey Cup at the beautifully renovated BC Place Stadium. Perhaps it was the move to temporary Empire Field that played a role in a sub-par 2010 season and contributed to the 1-6 start in 2011.

All of that was well in the rear view mirror by the time the 99th Grey Cup kicked off. It was a new era of Lions stars- Lulay, Andrew Harris, Solomon Elimimian- combined with some savvy vets like Geroy Simon, Arland Bruce III, Brent Johnson, Dante Marsh, Ryan Phillips and Korey Banks that helped dismantle Winnipeg 34-23 in front of a sold-out crowd. There are many excellent angles to the 2011 storybook turnaround. Support from the great Lions fans is at the top of that list. It is these stories and many more that you can be a part of forever when you etch your name on the Grey Cup Fan Base.