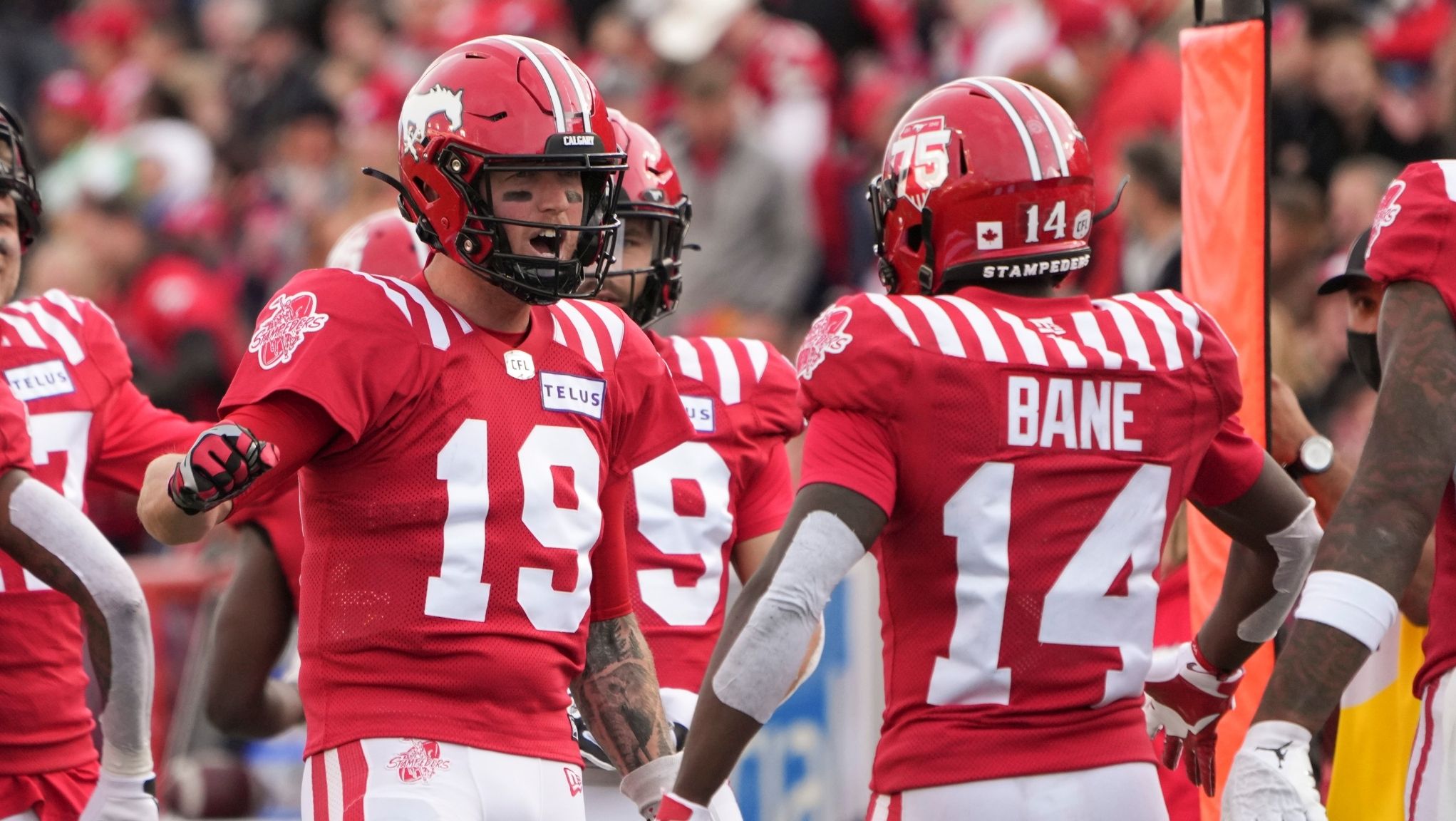 CALGARY —  Stampeders rookie Shawn Bane tallied his first CFL touchdown in his debut during the Stamps’ 23-14 win over the Saskatchewan Roughriders.

Leading up to the Stampeders’ first of three matchups against the Roughriders, the team’s wide receiving core took a hit as both Josh Huff and the team’s leading receiver, Kamar Jorden, would be sidelined. While their absence from the game was certainly not ideal for the Stamps as they look to climb the West Division standings, it set the stage for the newcomers to make the best of their opportunities.

That is exactly what Bane did, as he led the Stamps’ receivers with 56 receiving yards on a pair of receptions for a touchdown and added another 64 return yards.

RELATED
» Stamps hold on to down Riders
» Through the Lens: Saskatchewan at Calgary
» Boxscore: Roughriders, Stampeders by the numbers
» Watch: Schaffer “Playmaker” -Baker sets up a TD with a 71-yard snag

Bane’s first-quarter touchdown was his first since 2018, dating back to his time as a senior at Northwest Missouri State where he earned all-Mid-America Intercollegiate Athletic Association second-team honours three years in a row.

While his touchdown erupted McMohan Stadium, it was his 37-yard punt return late in the fourth quarter that got him some love on the sideline.

“I didn’t think it was too major, I was just like, ‘Hey, field the punt, go,’” said Bane to the media. “But when I got to the sideline, people were all on me being like, ‘That’s huge, let’s go,’ but yeah, field position is huge so I was just doing what they called me back to do.”

While he may have looked in his element on the field, Saturday’s game was the first time Bane had taken it since his 2019 stint with the Atlanta Falcons. Having not played in an actual game since then, Bane admitted he felt back at home between the sidelines.

“It felt good, the atmosphere, the whole feeling of, ‘Wow I’m on the field again,’ and just being able to compete felt amazing,” said Bane.

Bane’s play was also spoken highly of by his quarterback, who found him flying down the field early in the game for a 24-yard connection.

“I think Nick Marshall is one of the top guys in the league as far as DBs and to watch Bane run that corner route on him and then for us to come back and score on the corner route on the opposite side with him, he adjusts to that ball really well,” said Bo Levi Mitchell to the media.

Bane and Mitchell will get to take on the Riders’ defence again in just a week as the two teams head to Mosaic Stadium for the rematch at 7:00 p.m. ET.