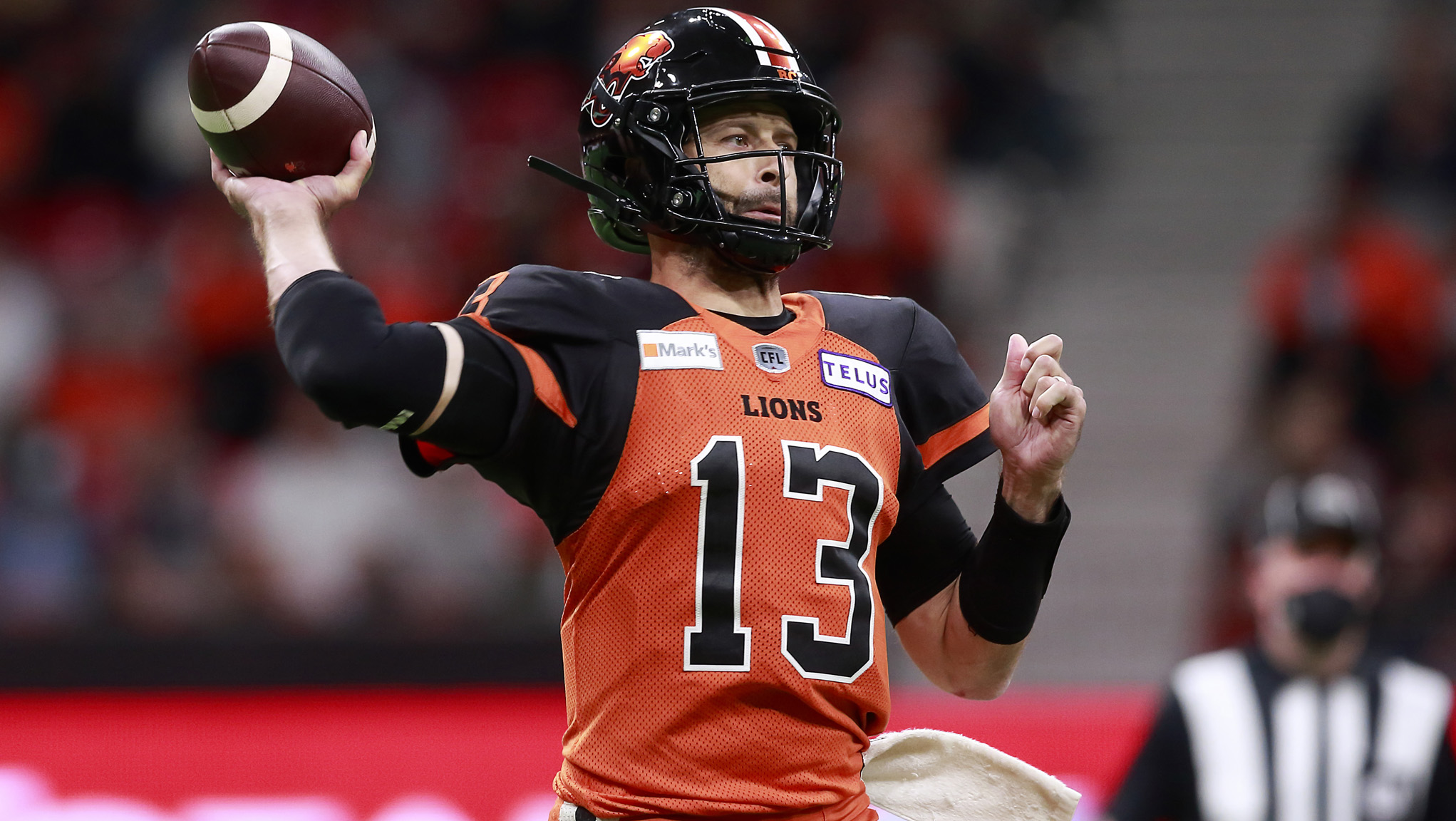 VANCOUVER — You wouldn’t know it by looking at him on Saturday night, but Michael Reilly had just emerged on the other side of a 28-game journey and he wasn’t too proud to say he was happy that it was over.

The BC Lions’ quarterback made quick work of the Ottawa REDBLACKS, completing 22 of 26 passes for 319 yards with four touchdowns and an interception. The Lions left BC Place with a 45-13 win that improved them to 3-2 . It’s the first time since Reilly joined the Lions as a free agent in 2019 that he’s been above .500.

RELATED
» Boxscore: REDBLACKS at Lions by the numbers
» Through the lens: Ottawa at BC
» Watch: Whitehead goes 119 yards for missed FG return TD
» Lions roar in dominant win over REDBLACKS

The Lions didn’t have the 2019 season that anyone thought they might, starting out 1-10 and finishing 5-13, with Reilly injured late and lost for the season, just when things were starting to go well. As he mentioned, his 2018 season in Edmonton wasn’t what he wanted it to be either. Those Elks were off to a good start at 6-3 but finished 9-9 and missed the playoffs. The last time Reilly was above .500 was Week 15 of that season, when the team slipped from 7-6 to 7-7 with a loss to Winnipeg.

Add in a year lost to the pandemic and it may have felt like an eternity to the 2018 MOP and 2015 Grey Cup champion to be able to say that he’s on a winning team. In total, it’s been a 28-game stretch.

“We’re not going to worry about the overall record. I think that’s the one thing that Rick has tried to constantly remind our team of is that we’ll worry about one week at a time, keep our head down.

“If we do that, when we look up at the standings at the end of the year, we’ll be right where we want to be. (We’re) just happy that we played a good game. We’ll feel good about this for a day or two and then we’ll be on to Montreal.”

It’s the finest of lines for Reilly and the Lions right now and judging by how the West and the entire league is shaping up, it could be a battle every week for the next three months to stack up wins and distance themselves from that .500 mark.

Through a pair of lopsided wins over a struggling Ottawa team, Reilly knows that you can’t put too much stock in the good or bad results. Each week has to be about growth. One-third of the way through this season, Reilly is seeing that and likes the trajectory the team is on.

“What I do like that I’ve seen, especially in this game, but over the last couple games is the complimentary football that we’ve been playing,” he said.

“I’ve been a part of a couple of championship teams and the constant in that is complimentary football. The offence and the defence and special teams being in sync and in rhythm together.

“That doesn’t mean that you’re going to put 100 points up on the board. It means that you’re three different phases; do what needs to be done to get the win. Sometimes that means the defence realizes, hey, this is a dogfight. We can’t put a lot of points on the board, so we’ve got to hold them.

“Other times, it’s, hey, you know, the other team’s offence is really good. They’re going to put up a lot of points so we’ve got to put up more. And sometimes it’s special teams having to get good field position or getting an explosive play to start something.”

Reilly pointed out how against the REDBLACKS, special teams got the offence good field position, which led to a quick touchdown. In the second quarter, Reilly looked to the end zone and was intercepted. A few plays later, Lions’ linebacker Bo Lokombo intercepted Dominique Davis and ran the ball back 20 yards for the score.

“That’s the type of stuff the championship teams do,” Reilly said. “We’re learning how to how to move in that direction. That’s the thing that I’m most excited about. But again, we do have a long way to go and a lot to improve on but we’re going to get there.”