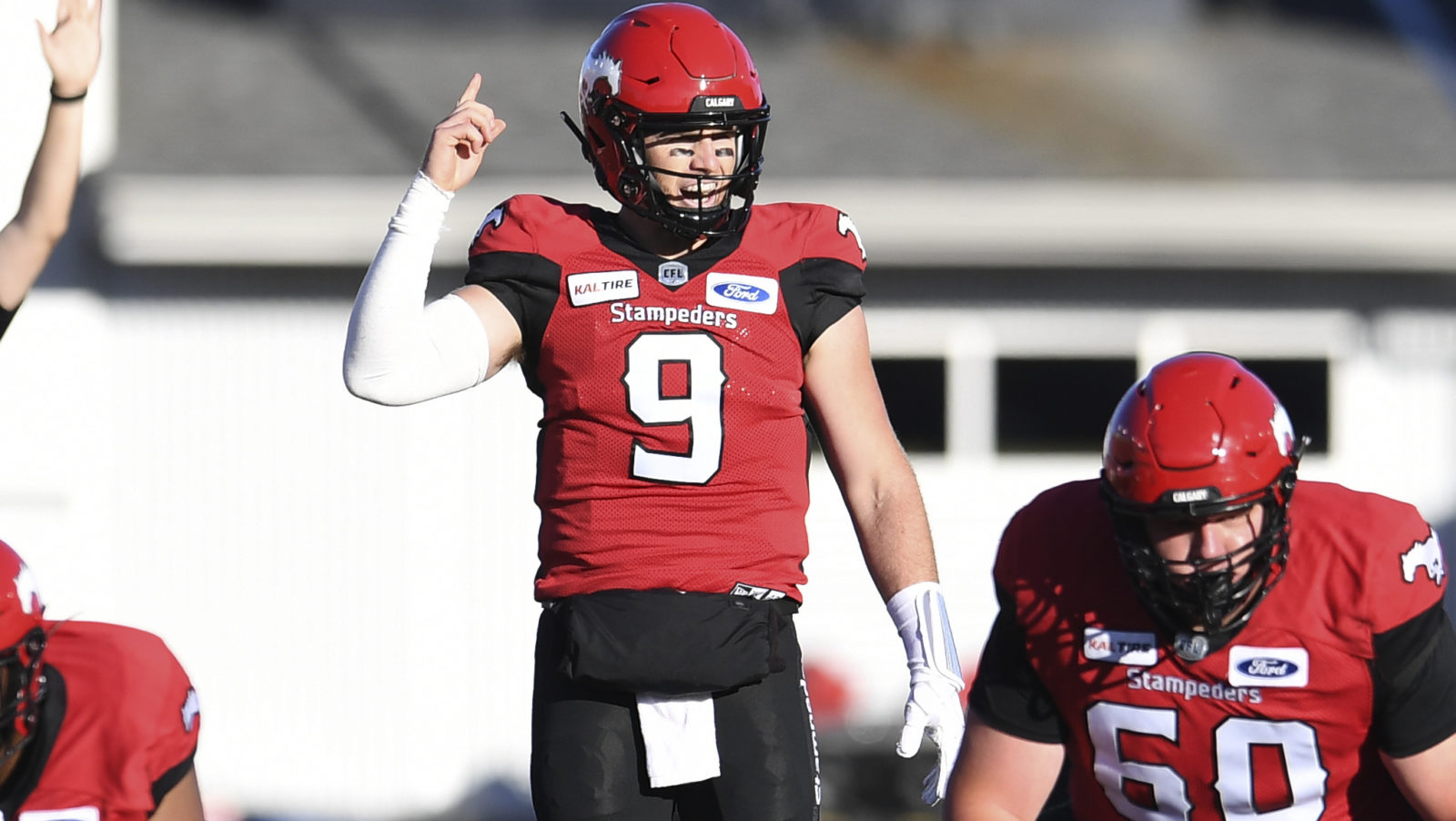 In short order, the 27-year-old from Oxnard, Calif. has gone from backing up Bo Levi Mitchell in Calgary to signing separate contracts in Ottawa and Toronto during a pandemic that has now lasted a year.

The CFL is sure to look different as it emerges in 2021, and Arbuckle and his newest team, the Toronto Argonauts, might be the biggest mystery of all.

It was nearly two years ago when Arbuckle announced his arrival in dramatic fashion, leading two last-minute scoring drives to erase an 11-point deficit and defeat the BC Lions. With Mitchell sidelined to injury, Arbuckle was a perfect 9-for-9, with 93 yards and a touchdown that evening.

Judging by seven-game sample sizes, Arbuckle has a chance to be special. For those wondering, his early results sandwich him right in between Ricky Ray (104.5) and his former Calgary head coach Dave Dickenson (105.3), according specifically to quarterback rating.

The best seven-game start to a career? Hamilton’s Chuck Ealey, who averaged 11.2 yards per attempt with 14 touchdowns and four interceptions when he broke into the league with Hamilton – head and shoulders above his competition at the time.

No one knows how good Nick Arbuckle could become, and whether his early success is sustainable with a new team under a different set of circumstances. In Toronto, though, Arbuckle is set up for success, joined by his former quarterbacks coach in Ryan Dinwiddie, now the Argos’ head coach, along with past teammates including receivers Eric Rogers, DaVaris Daniels, and Juwan Brescacin.

“When you get to step in and you’re already familiar with the offence, the terminology, understanding how Dinwiddie sees the field, how he’s going to call plays – we spent two years together trying to figure out how we were going to attack defences and we were always on the same page,” Arbuckle said in an interview with Argonauts.ca.

Following Arbuckle’s released by Ottawa ahead of free agency, Dinwiddie wasted no time reaching out.

“As soon as that happened and they released him, we got on the phone and talked,” said Dinwiddie. “I told Nick when I was coaching him last year, I coached him really hard and I brought him into my office and said ‘look, I coach you this hard because you might be playing for me somewhere else next year’.

“That’s how I felt and I believed in the kid and that’s what I told him,” he added. “Now we’re here together so that’s pretty exciting, the guy that I built that rapport with and I’ve coached hard and he takes it and moves on, and he never blinks, he never flinches, I love the kid.”

Despite his torrid start, in some regards, Arbuckle does not yet match up with some of the CFL elite.

The Stampeders did their best to protect Arbuckle early in his career. Nearly half (46.7%) of Arbuckle’s total passing output in seven starts came via yards after catch, led by the talented trio of Rogers, Markeith Ambles, and Reggie Begelton.

Compare that to Mitchell’s starts, where yards after the catch only accounted for one third (33.2%) of the team’s passing offence in 2019, and clearly Calgary’s offence adjusted to support a relative CFL newcomer in Arbuckle.

Moreover, two thirds of Arbuckle’s passes were in the zero- to nine-yard range, which shows up in his average depth of target of 8.7 yards – the lowest of any qualifier in 2019.

In medium range (10-19 yards), Arbuckle struggled to make as much of an impact, completing just 54 per cent of his passes, well below the league wide average of 60.7 per cent.

Arbuckle did, however, flash downfield accuracy. His 53.3 per cent completion rate on passes of 20-plus yards led the league in 2019, as did his quarterback rating of 148.9. In these circumstances, Arbuckle completed 16 of 30 passes for 537 yards, five touchdowns and two interceptions.

In half of his eight contests, Arbuckle completed three or more passes that traveled a minimum of 20 yards, including a 4-for-5 effort with two touchdowns in his first career start. In that game, on July 6, 2019 vs. Saskatchewan, Arbuckle went 19-of-22 overall for 262 yards and a pair of touchdowns, outdueling Cody Fajardo for the win.

Of course, nothing here is definitive. If anything, the seven-game sample size provides a snapshot of an otherwise unknown player, one touted by many as the Argos’ new starting quarterback.

If all goes well, Arbuckle can begin building his own legacy, not long after serving as understudy to one of the game’s current standouts in Bo Levi Mitchell.

“One of the biggest things I’ve learned from him is how to be a professional,” said Arbuckle. “Bo does everything the right way – the way he cares, the way he leads in the locker-room.

“It was great to be a part of that and see how he balanced family life and having kids and having a wife, and also being able to play this game at the highest level as one of the best quarterbacks to ever play in this league.”