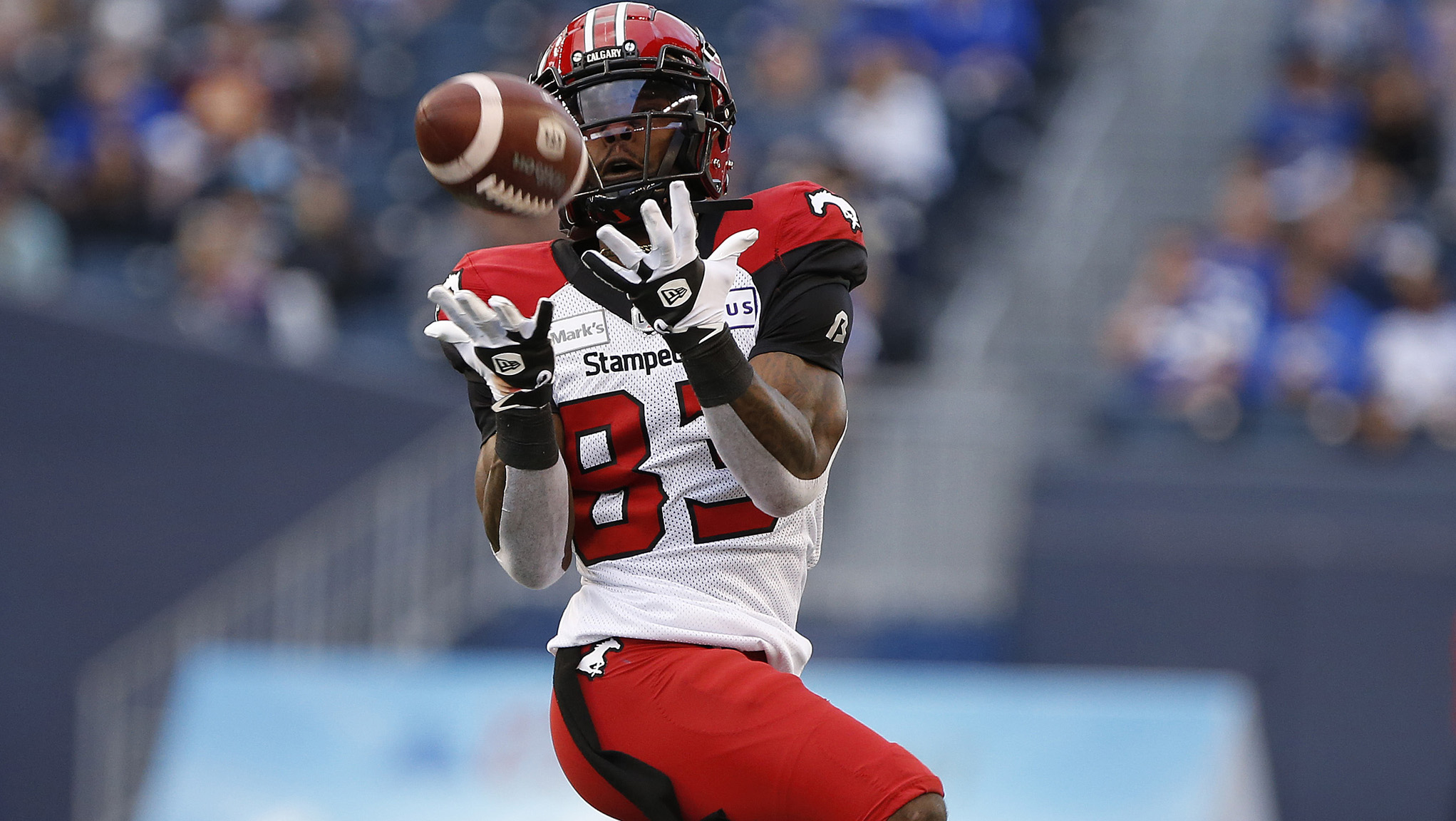 Huff, 30, played nine games for the Calgary Stampeders this season catching 37 passes for 507 yards, good for 13.7 yards per reception. The five-foot-11, 198-pound receiver played 10 games for the Stamps in 2019, hauling in 37 catches for 491 yards and one touchdown. The Houston, TX. native was taken in the third round of the 2014 NFL Draft by the Philadelphia Eagles and played 44 games for the NFC East team, where he caught 64 balls for 595 yards and five touchdowns, adding two kick return touchdowns in that time as well. The Oregon product would go on to play three games for Tampa Bay in 2016 before signing with the New Orleans Saints in 2018.

Coleman, 36, is a seven-year CFL veteran after playing 21 games for Edmonton between 2013 and 2015 and 53 games for Saskatchewan between 2016 and 2019. The six-foot-seven, 320-pound lineman from Mississippi Valley State won the Grey Cup with Edmonton in 2015 and was two-time All-Conference offensive lineman while in college. Before his time in the CFL, Coleman spent time with a variety of teams in the NFL and indoor football leagues between 2008 and 2013.

Sheldon, 28, played for five NFL teams between 2017 and 2021, including Oakland (now Las Vegas), Cleveland, Green Bay, Cincinnati and the New York Jets most recently. The six-foot-five, 231-pound linebacker played two games for the Jets in 2020, one game for the Bengals in 2019 and two games for the Raiders in 2017. The Michigan native played college football at Ferris State for the Bulldogs.