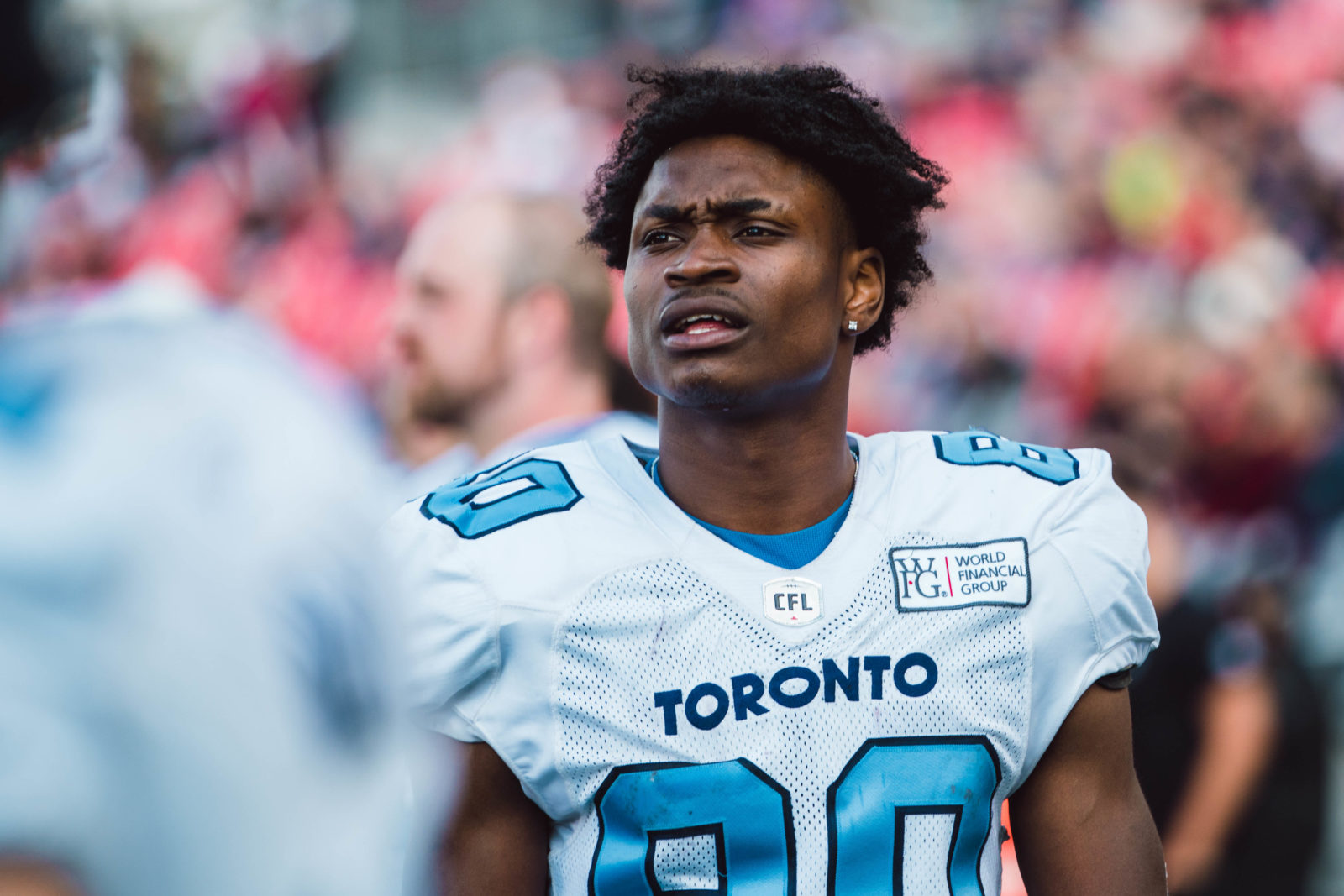 Gittens Jr., 23, was drafted by the Argos in the third-round of the 2019 CFL Draft, catching one pass for 10 yards and returning 14 kickoffs for 230 yards in 13 games played during his rookie campaign. The 5’11, 194-pound receiver played four years at Wilfrid Laurier University (2015-2018) and left school as the team’s all-time leader with 200 receptions in 31 regular-season games. A two-time All-Canadian and four-time OUA All-Star, the Ottawa native scored 15 touchdowns in his Golden Hawks career.

Dixon, 26, was a 2016 fourth-round NFL draft selection of the Baltimore Ravens and in 12 games that season Dixon ran for 382 yards and two touchdowns while adding 162 receiving yards and another touchdown. Injuries the next two seasons limited the 5’10, 228-pound tailback to only six games played in 2018 where he rushed for 333 yards and two scores. The Arkansas native was signed by the New York Jets in December 2019 but waived eight months later.

The Louisiana Tech alum played four seasons for the Bulldogs (2012-2015) where he rushed for a school record 4,480 yards and 72 touchdowns and added 969 yards through the air with 15 more touchdowns in 47 career games. Dixon’s 72 rushing touchdowns ranks fourth all-time (tied with former Argo Ricky Williams) in NCAA history and his 87 total touchdowns scored sits second all-time. The running back was named First Team All-Conference as a Senior and Second Team All-Conference as a Junior and Sophomore.

Murray, 23, was signed by the Seattle Seahawks as an undrafted free agent in August of 2019 and released a month later. The 5’10, 193-pound receiver spent four years at Florida State University where he caught 127 balls for 1,854 yards and 12 touchdowns in 35 career games. During the 2016 Orange Bowl vs Michigan, Murray caught a 92-yard touchdown pass, an Orange Bowl record.

Mayle, 29, played three preseason games for the Los Angeles Chargers in 2019, hauling in one pass for 14 yards after being signed by the club in September of 2018. After signing with the Baltimore Ravens at the end of 2016, the New Jersey native played 16 games for the Ravens in 2017, with two rushes for two yards and one touchdown. Previous to Baltimore, the 6’2, 247-pound pass catcher was signed by the Dallas Cowboys, where over the course of 2015-2016 he played in seven games. An original fourth round draft pick of the Cleveland Browns in 2015, injuries derailed Mayle’s rookie season and he was released as part of final roster cuts that season.