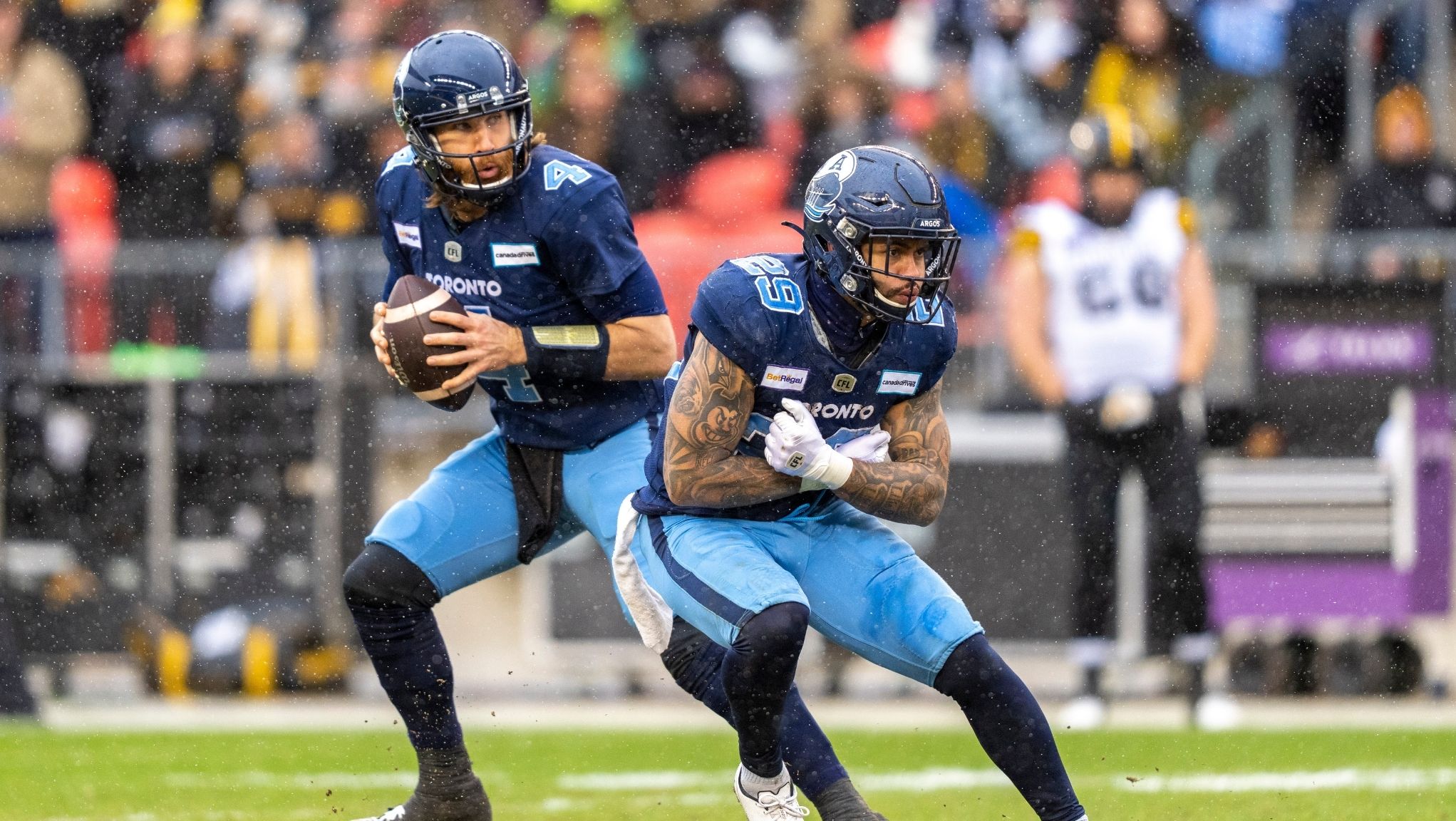 TORONTO —  A day after their loss to the Hamilton Tiger-Cats in the Eastern Final, the Toronto Argonauts reflected on the season that was while expressing their excitement for the next chapter.

After starting the season 2-2, the Argos’ mid-season surge earned themselves first place in the East Division. Climbing to a final regular-season record of  9-5 with marquee wins over the Winnipeg Blue Bombers in Week 3, the Hamilton Tiger-Cats in Week 6, 10 and 15, all while under a rookie head coach, the Argos showed they are on an upward trend. This all comes to the Double Blue after a 4-14 finish in 2019.

Though the mass success achieved by the new regime is grounds for celebration, a combination of pride and disappointment was evident in each of the voices heard from members of the franchise.

“I think the idea here is that we aren’t far,” said legendary Argo and current general manager Michael ‘Pinball’ Clemons. “I think we can say that pretty definitively, now is our job to get better during the off-season and pick up and continue to continue to move forward.”

In aiming to get better, Clemons fielded questions about his starting quarterback and his future with the franchise.

“Yes, Mac is our quarterback right now,” said Clemons. “We always look to try and get better. That’s always your MO.”

For Clemons, his season was highlighted by many positives. One of which was the performance of first-year head coach Ryan Dinwiddie who was nominated for Coach of The Year.

“For a first-year coach being nominated for Coach of The Year in the Eastern Division after winning his conference? What can you say? Nothing but superlatives,” said Clemons. “He’s growing and learning and winning all at the same time. When you can grow and learn from what your job is and win all at the same time, we’re excited about what tomorrow brings.”

As for the Argos’ head coach, Dinwiddie discussed how he felt a day after the Eastern Final loss.

“I feel worse today than I did yesterday,” said Dinwiddie. “I still told the guys that they got a lot to hang their hat on and a lot to be proud of. We went through a lot this year, it wasn’t an easy year with the pandemic and the coaching changes.”

“These guys were resilient a lot of leadership to add to that, but those guys have a lot to be proud of. All along, people thought we wouldn’t even be at this stage and we’re disappointed because we didn’t get to our end goal that’s just professional football.”

Not all was lost for Dinwiddie this season as he believes that he learned a lot about football and himself.

“I’ve got a lot of growing to do still,” Dinwiddie said. “I think anybody in any aspect of life still grows each day and learn to get better. I had my faults. You know, obviously the BC game. I totally screwed that one but and I’ll learn from it.”

With the loss now behind him, Dinwdidie’s focus has shifted to next year as he looks to put the Argos in a favourable position come playoff time again next season.

“Personally, I’m focused on next year,” Dinwiddie said. “I’m darn proud of this organization. I owe a lot to MLSE for giving me this opportunity. I look forward to bringing a Grey Cup home to this organization. It just wasn’t going to happen this year. It doesn’t happen overnight.”

Given the score in the first half and how close they were to a Grey Cup only to watch the offensive explosion the Ticats unleashed in the second half, McLeod Bethel-Thompson, who threw for 2,303 yards and 12 touchdowns this season was understandably frustrated with the game’s outcome.

“We played a good first half but they found a way to win and that’s what great teams do so we’re not at that level yet,” said Bethel-Thompson. “We had to finish the game because you don’t get a win for leading a halftime.”

“We should have been up by 24 points, if not 30 points at halftime. And we didn’t do that, we didn’t close the door when we had the opportunity so that’s frustrating. They found a way to win and so because of that, you look at all the holes and you nitpick every little mistake that you made because you don’t know which play could have turned the tide.”

Taking the opportunity to reflect on what this season did for his personal growth, Bethel-Thompson believes he grew but not just a football player.

As for what’s next for Bethel-Thompson, he admitted that he’s going to be taking it day by day all while smiling back on the ’21 season.