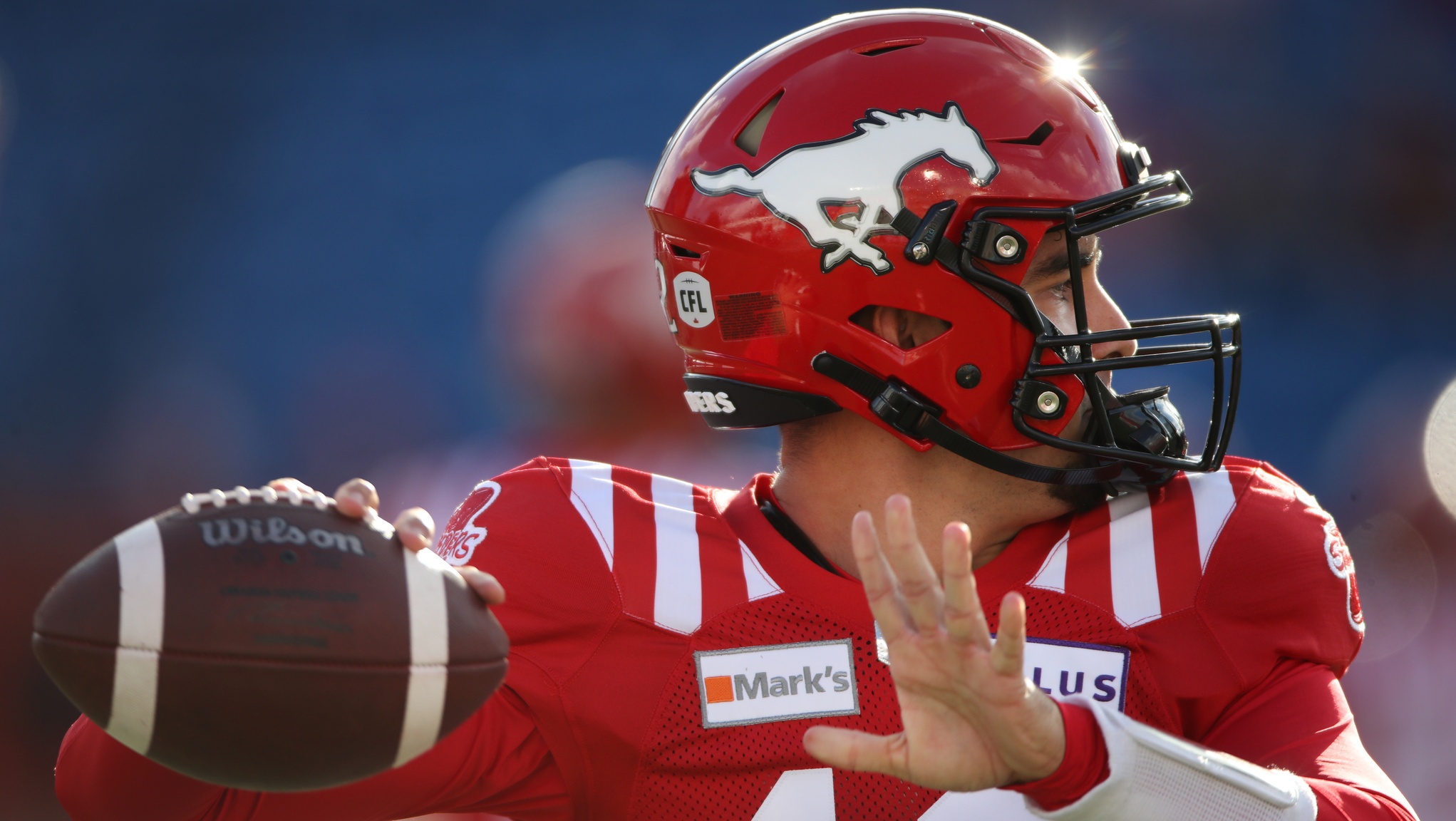 CALGARY —  Rookie Stampeders quarterback Jake Maier showed poise beyond his years in his CFL debut in Week 3. The 24-year-old bounced back from a rough start to help lead Calgary to a comeback victory over the Montreal Alouettes for the team’s first win of the season.

Filling in for injured starter Bo Levi Mitchell, the UC Davis product completed 16 of 29 passes for 304 yards and a touchdown while spreading the ball around to nine different pass-catchers.

“Hell of a night,” Maier said. “I’m super blessed, super grateful. I love this team; I love our coaching staff. The trust they had in me tonight was an amazing feeling.”

Calgary head coach Dave Dickenson said there was “a lot to like” about Maier’s first CFL performance.

“He knows he can play better, but as a first start that’s pretty impressive,” Dickenson said. “I called the game just like I had a vet in there. I called the game trying to win, and aggressive.”

The Stamps found themselves trailing 14-3 after Maier was intercepted twice in the first quarter, but the young passer regained his composure and led back-to-back scoring drives that cut Montreal’s lead down to just two points at halftime.

“I definitely would have liked it to start better,” Maier said. “As an offence, we weren’t executing; I was putting the ball in harm’s way. I’m not an excuse maker at all, that’s on me. I have to do a better job there.”

“We can’t turn the ball over like we did and expect to win every week.”

Calgary took the lead in the third quarter when Maier threw his first CFL touchdown pass to Kamar Jorden, and his 83-yard flea flicker to Josh Huff in the fourth quarter helped set up Ka’Deem Carey’s second rushing touchdown of the night.

Maier said it was Mitchell who gave the green light for the trick play to be executed.

“I mentioned it to coach [Dickenson] a few drives maybe before, and I think what really sealed the deal was when Bo went over to him and put his stamp on it,” Maier said.

“I’m excited for plays like that. It’s just such an opportunity to create so much momentum in a game, and I believe in our guys. I believe in throwing those balls up there to make plays.”

Dickenson trusted his young quarterback to get the job done and didn’t hesitate to open the playbook up for the call.

“I wouldn’t normally do that with a rookie, but I felt like he could handle it and he made the plays for us to win,” Dickenson said.

Mitchell gave advice to Maier on the sideline, but the veteran’s influence was less about dissecting Montreal’s scheme and more about instilling confidence in the young pivot.

“It was more so just keeping me grounded, keeping me confident,” Maier said. “Every time I came off the field it seemed like he [Mitchell] had a smile on his face. He felt confident and that really rubbed off on me I think. He was the ultimate teammate tonight, not just for me but for all of us … he was like a big brother for me tonight.”

“He just kept telling me to trust my eyes and let it rip.”

While the Alouettes came inches away from completing a comeback in the final moments of the game, Maier showed his ability to overcome adversity under the bright lights while making big throws down the field.

Combined with a standout defensive effort that saw Calgary notch an interception and force seven punts, the Stamps stepped up to claim a desperately needed victory without their starting quarterback.

“Our defence kept us in this game; they did an amazing job,” Maier said. “Hats off to them, they dug us out of a hole and ultimately they finished the game for us.”