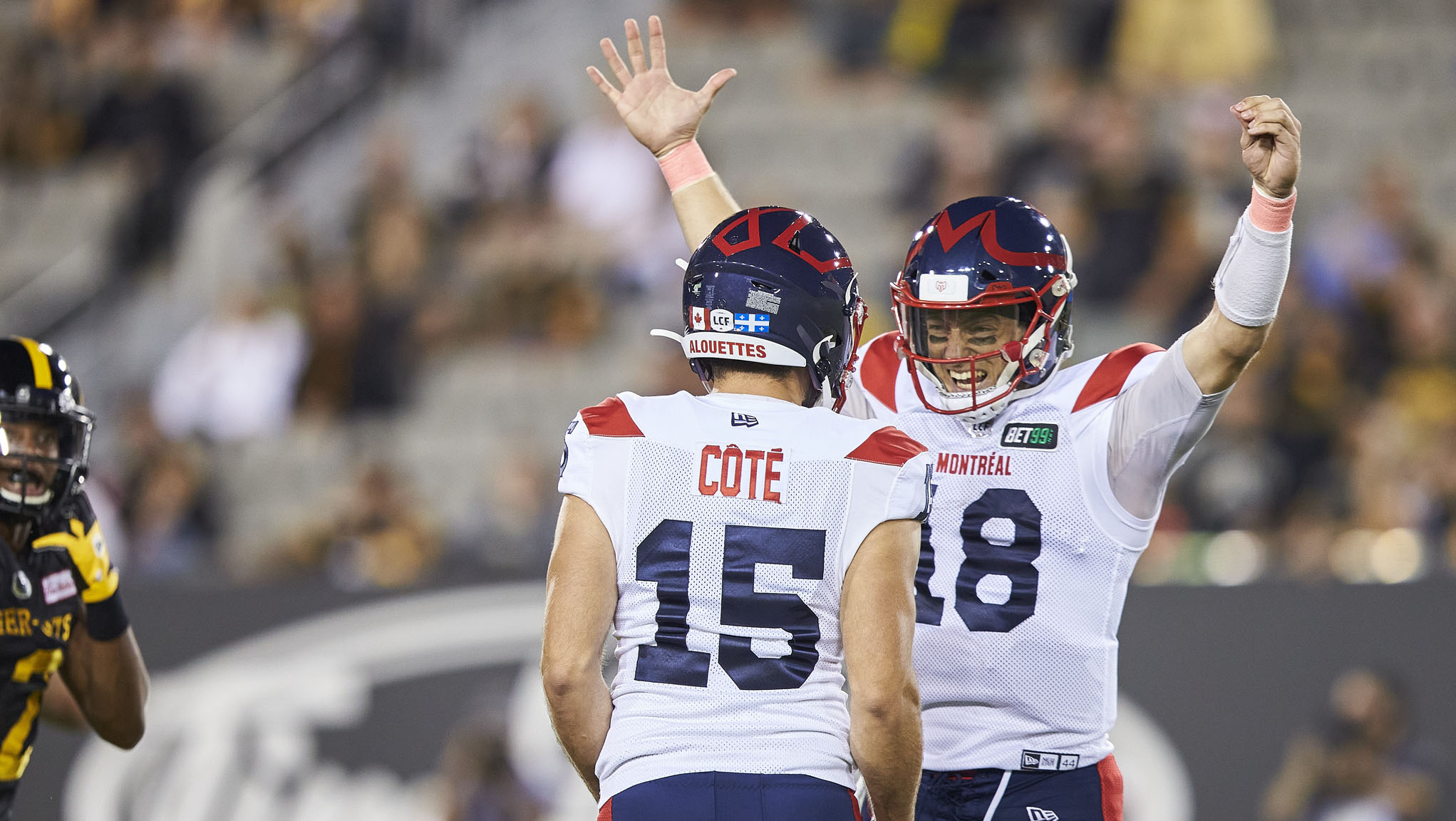 HAMILTON — There was a two-game losing streak, some consistently inconsistent play and a cellar-dwelling opponent suddenly at their heels in the standings.

Throw in that Khari Jones recently spent 10 days away from his team after he’d tested positive for COVID-19 and last week’s news that d-line coach Todd Howard had been let go and the Montreal Alouettes were facing a kind of adversity that Jones hadn’t seen in his season-plus as the team’s head coach.

“I just felt a little uneasy because I knew we weren’t playing to our potential,” Jones said on Saturday night, after his team ended Hamilton’s 11-game home winning streak.

The Als did that on Saturday, but it didn’t feel like it would be one of those games until about the final three minutes or so of regulation. They trailed the entire day and dealt with waves of adversity as they tried to avoid their third-straight loss. Vernon Adams Jr. hurt his ankle in the first quarter, was ruled out for the day and came back after halftime.

When he got back in, he threw a pair of interceptions, his second one seemingly sinking any hopes of a comeback. On top of that, the Als’ offensive line was hit hard with injuries. D-lineman David Menard joined the 0-line to help close the game out after tackle Tony Washington was injured. After Montreal went up by three with 29 seconds left, Ticats’ kicker Taylor Bertolet connected from 55 yards out into the wind to send the game to overtime.

There was moment after moment that came for the Alouettes, telling them that this wasn’t their day. They didn’t listen.

“We’re fighters,” Adams said in his post-game call with reporters. He was 17 of 26 for 209 yards, with a pair of TDs and interceptions.

“We just wanted to win,” Als’ DB Patrick Levels said. “Getting out of that losing streak was everything.”

Levels had his moment of doubt in the game, too. After the Ticats scored a touchdown, he almost intercepted Jeremiah Masoli‘s two-point convert attempt. Instead, it bounced off of his hands and into Bralon Addison‘s, putting Montreal down 17-3 in the third quarter.

“I kind of got mad at myself and all the guys came over and said, ‘Hey, we got your back. Don’t worry about it. We know you can make that play,’” he said. “And they were just like, ‘We’re going to rock out until it says 0:00.’ It didn’t look that great. It sounds great to say at the time. But it’s really how the mentality has to be. We’ve got to have a never quit mentality until it’s over. Tonight was proof of that.”

In OT, the Als forced a turnover on a Masoli to Sean Thomas-Erlington handoff, which allowed kicker David Cote to get into position to send the game-winning field goal home. It was a victory snatched from the jaws of what might have been a season-altering defeat.

The 2019 Alouettes were an underdog-turned good story, one that likely caught many teams across the league by surprise. In 2021, they’re not surprising anyone. This was an important week for the entire team, from Jones down through his roster. The coach said the only thing he really changed up this past week was perhaps the intensity of the conversations he had with his players.

“I think maybe you know my intensity changed in some of the talks that I had with the guys. I wanted to air out things that were holding us back and whatever is on the table. And then with changing the coaching staff around, that was a big change for the for the team as well, so it was a different week for sure.