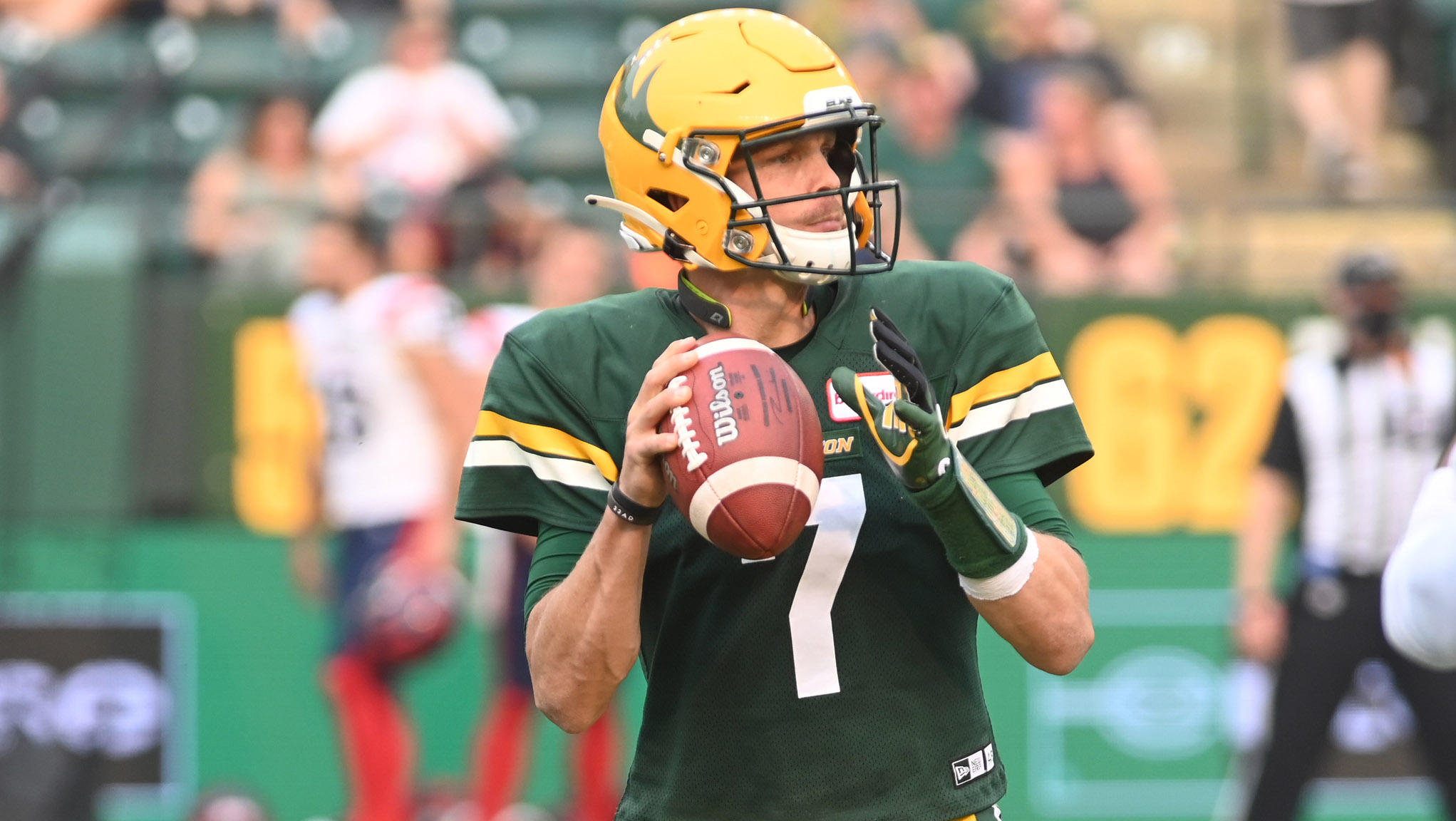 MONTREAL — The Montreal Alouettes announced on Sunday that the team has acquired veteran quarterback Trevor Harris from the Edmonton Elks in exchange for American defensive end Antonio Simmons.

Harris (six-foot-three, 212 pounds) is in his ninth season in the CFL after playing in Toronto, Ottawa and Edmonton. In 139 career games, he completed 1990 passes for 23,750 yards, adding 126 touchdown passes. The 35-year-old quarterback has hoisted the Grey Cup twice (2012, Toronto; 2016, Ottawa). The Waldo, OH native was selected on the East Division All-Star Team in 2016. The former Edinboro University Fighting Scots suited up for the Jacksonvile Jaguars in 2010 and the Buffalo Bills in 2011.

“Trevor is a veteran who knows the league well and what it takes to win”, said Montreal Alouettes General Manager Danny Maciocia. “We are pleased to have been able to complete this transaction. We are confident that Trevor will work well with our quarterbacks. We thank Antonio for his services and wish him well.”

In 23 career games with the Alouettes, Simmons made 52 defensive tackles, five quarterback sacks and forced a fumble.

Simmons is currently in his second CFL season and joins the Elks after originally signing with Montreal in May of 2019.

The Georgia Tech product played all 18 regular season games for the Als in 2019, recording 45 defensive tackles, three sacks, and a forced fumble. In five games this season, Simmons has registered seven defensive tackles and two sacks.

A native of Jacksonville, Florida, Simmons played four years (2014-17) at Georgia Tech, collecting 83 tackles, 16 tackles for loss, and seven quarterback sacks. He spent time in 2018 with both the Denver Broncos and Tampa Bay Buccaneers.