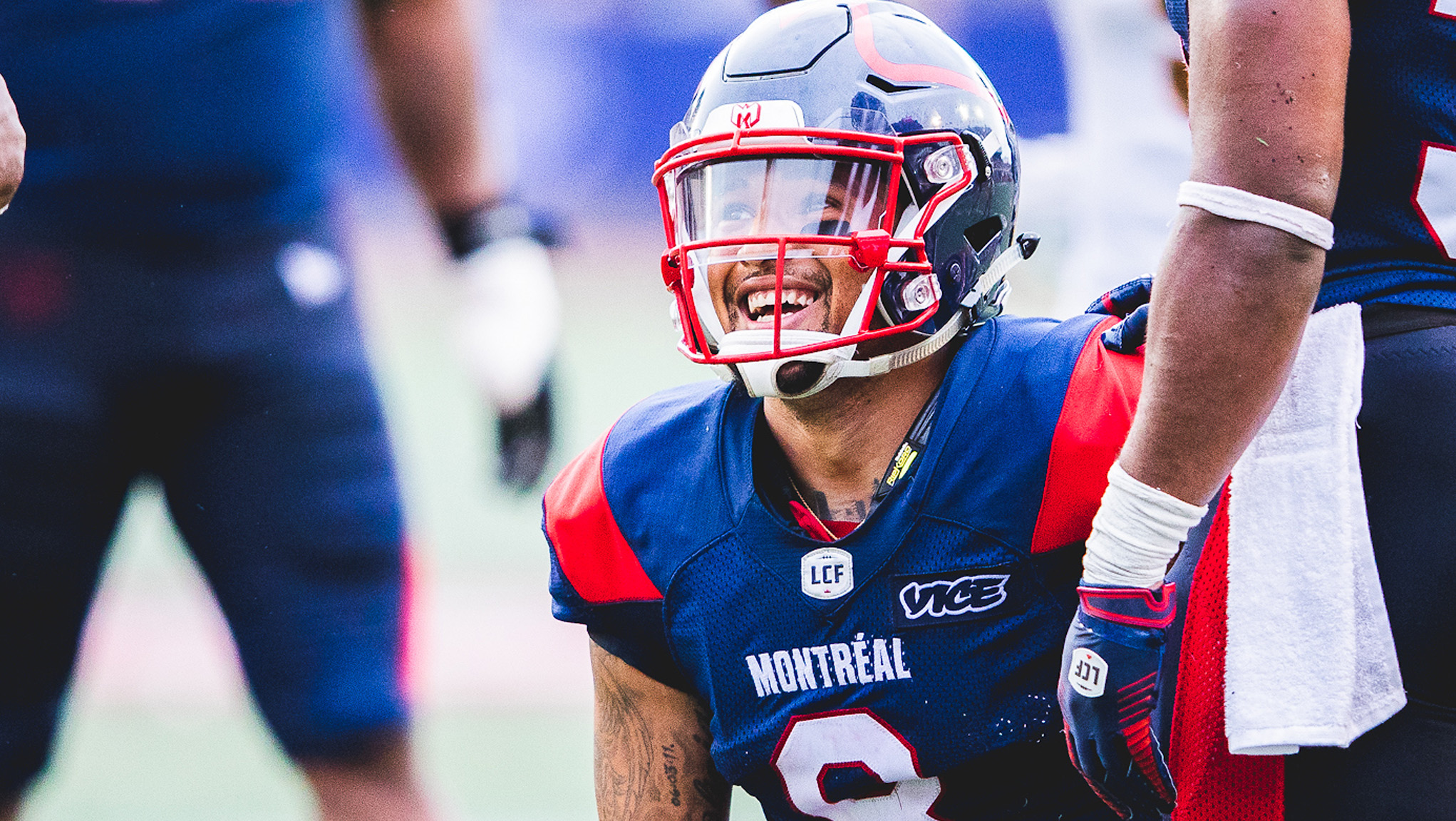 It’s been over a year since he and his Montreal Alouettes were eliminated in the Eastern Semi-Final and, not unlike the rest of the players around the league, the quarterback just wants to get back on the field.

With the league announcing a targeted start date of August 5 in April, it gave Adams Jr. a sense of relief and excitement knowing that he could be back with his teammates very soon.

“We had that concrete date right there,” Adams Jr. told Donnovan Bennett on this week’s episode of The Waggle Podcast when asked how he felt seeing the tentative start date.

“I mean, it’s not concrete but it’s something. Something for us to look forward to. I was just excited.”

RELATED
» Which sophomores are in for stellar campaigns in 2021?
» Cauz: Why Montreal and Ottawa should be rivals
» Catherine Raiche becomes highest ranking female personnel in NFL history

Not only is he excited to hit the turf at Percival Molson Stadium, the 28-year-old is thrilled with how the Alouettes roster is shaping up.

A number of the impact playmakers that helped lead Montreal to their first playoff appearance since 2014 are back in the fold. Star receivers Quan Bray, B.J. Cunningham and Eugene Lewis will be there come training camp as will breakout running back William Stanback, who returns after a brief stint in the NFL.

Plus, free agent acquisition Naaman Roosevelt, who hauled in 77 catches for 946 yards and a major score in 2019 with the Riders, will only add to the star power on the offensive side of the ball.

“We all look good, I know that’s cliche but, hey, we all look good,” Adams Jr. said of the Als’ roster. “Everybody is stepping up. We’re all more comfortable. If you think about it, everybody who played, (the 2019 season) was their first time like really shining.

“Will Stanback, that was his first time getting his shine like that. Geno Lewis, that was his first time, him being the No. 1 receiver. He didn’t even start the season as the No. 1 receiver, he started the season as the No. 3 receiver. Myself, I started the season as No. 4. Then we had Quan Bray, Jake Weinike, both rookies. Now we’re all stepping up a level. Then Naaman comes in. He’s that vet that knows little savvy things that some of the young receivers don’t know. BJ is there.

“We’re stacked and we’re loaded. It’s going to be a fun camp.”

Another new face that Danny Maciocia and co. signed to a deal back in February during free agency was defensive lineman Almondo Sewell. Arguably the Als’ biggest off-season catch, Sewell brings brute strength and veteran savvy to Montreal’s defence. The six-foot-four, 288-pounder tallied 35 defensive tackles and eight sacks in 2019.

“The big dog up front on the defensive line, Almondo Sewell,” Adams Jr. said when asked which free agent signing he was most excited about. “When I saw that I was like, ‘wow!’ (Nick) Usher, too. A lot of the guys, these free agency guys. I was really excited. I think we got better.”

And Adams Jr. knows just how hard Sewell goes after quarterbacks and is excited that he doesn’t have to worry about feeling those hits anymore once the 2021 campaign gets underway.

“I’m glad that I don’t have to do quarterback sneaks against him anymore because he’s with us.”