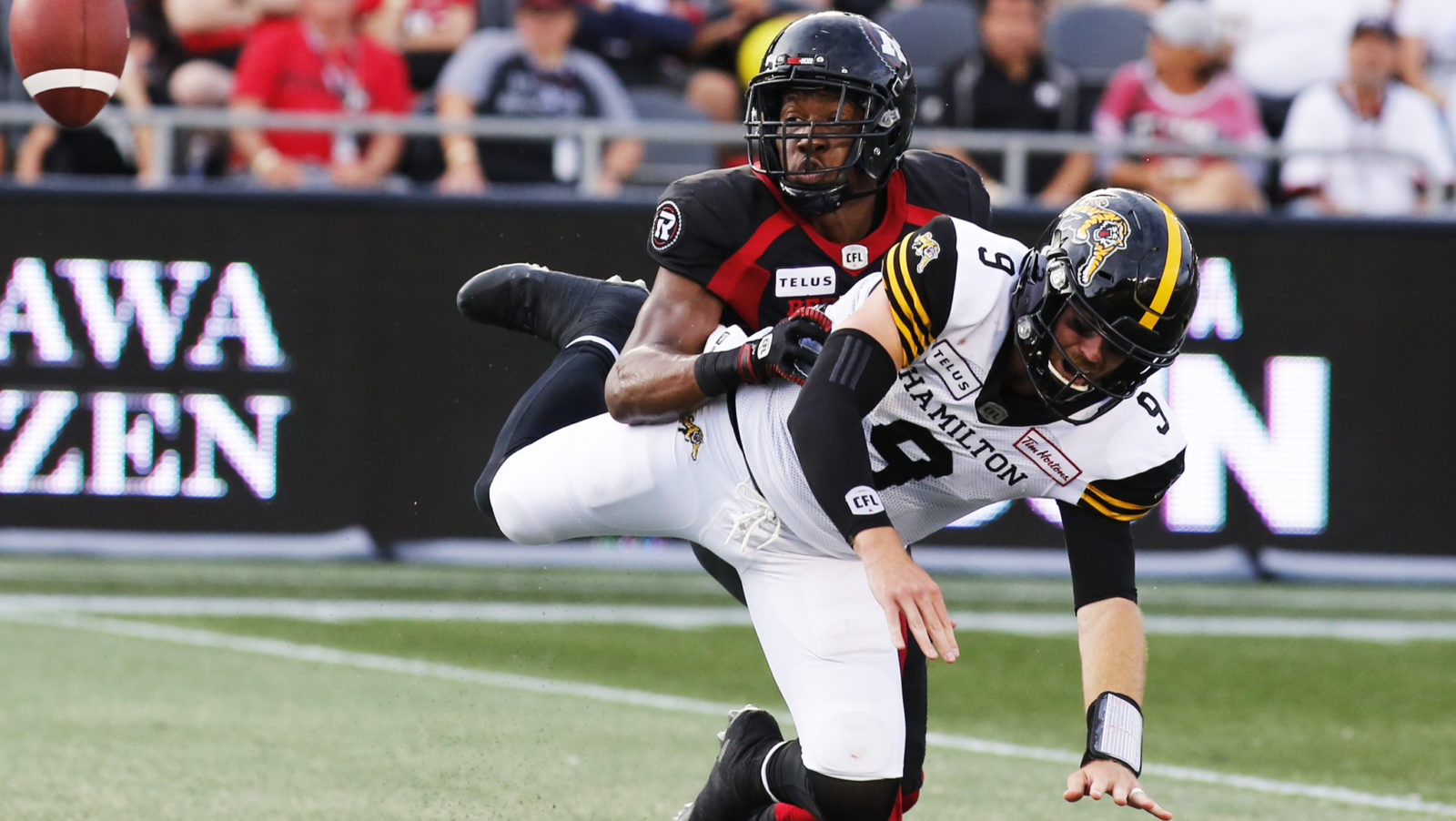 There are many rivalries in the CFL that have woven themselves into the history of the league.

We know about Saskatchewan and Winnipeg. Edmonton and Calgary. Hamilton and Toronto.

But there’s one more that has been added into the mix as another feuding foe for the Tiger-Cats and it’s the Ottawa REDBLACKS.

I know that most rivalries take years to make and include a number high-stake, heated battles in do-or-die situations like the playoffs and the Grey Cup, but hear me out on this one.

Sometimes geography alone is enough to call a pair of squads rivals. That makes sense for the Alberta teams and the Ticats and Argos. And you could absolutely lump in Ottawa and Hamilton, since they’re just about 500km away from each other.

What about how closely they match up and the intensity of the contests that they’ve played? Again, these two could fit into that conversation, as they’ve been pretty evenly matched over the last few years.

These two squads have met 15 times in the regular season since the REDBLACKS’ inception in 2014. The series sits at 8-7 in favour of Ottawa. 10 of those contests were decided in the last three minutes and five were decided by 0-4 points. It’s been close.

Last season the pair met twice, in Week 10 and in Week 17, with Hamilton taking both contests. The first match the black and gold defeated the black and red 21-7 and then followed it up with a 33-12 win. That season series victory was the first for Hamilton since 2014, where they won all three contests they played against Ottawa.

A high-intensity playoff contest would be enough to add fuel to a fire, too. And not to mention a season sweep, like what happened in 2018. That year, Ottawa took all three regular season games and the Eastern Final, where they hosted the Ticats and won 46-27 to punch their ticket to the Grey Cup.

But where did it all begin? When was the spark that ignited this fire? Well, you may not need to look any further than the 2015 season.

Ottawa won both regular season contests between the two squads. They defeated Hamilton 12-6 in Week 19 and followed that up with a 44-28 win the following week. And then they met in the playoffs for a moment that won’t soon be forgotten.

The Eastern Final in 2015 was one of the most exciting CFL moments in recent memory.

It was a heated battle between Ottawa and Hamilton that late November afternoon, with a trip to the Grey Cup on the line. The REDBLACKS, in just their second season of existence, had been leading for the majority of the contest until Luke Tasker hauled in an incredible touchdown with under two minutes to go. It looked like the Tiger-Cats were just a few plays away from a win.

But the REDBLACKS had other plans.

The series started with Henry Burris tossing his first pass that went in and out of the hands of Ticats defensive lineman Arnaud Gascon-Nadon. The next play was a high snap but Burris was able to hang on and throw a long-bomb down the field to Greg Ellingson.

The receiver hauled it in, dodged a tackle and ran down the sideline to score the 93-yard TD and sent the home team to the final game of the year against the Edmonton Eskimos.

That had to be the moment that the Tiger-Cats first said, “I really don’t like you,” right? I’m sure if you ask any Ticats player who suited up in that game, they’d still have some words to say about it five years later.

That’s what a rivalry is all about. A little bit of something extra felt by players, and even fans, when teams meet throughout the years.