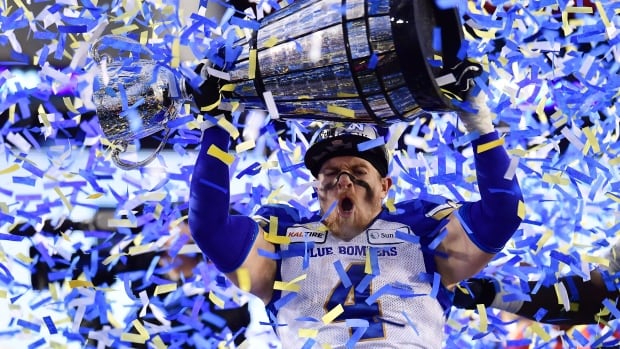 The 33-year-old, who has been with the Bombers since 2018, was scheduled to become a free agent next month.

He hoisted the Canadian Football League’s championship trophy, the Grey Cup, over his head last month after helping Winnipeg win its second consecutive title with a 33-25 overtime victory over the Hamilton Tiger-Cats.

It was the third time in his CFL career that he has been named the league’s outstanding defensive player. He was also named a CFL all-star last season for the sixth time.

A native of Montesano, Wash., Bighill’s professional football career was launched in 2011 with the CFL’s B.C. Lions, culminating in his first Grey Cup that same season.

Bighill signed as a free agent with B.C. after going undrafted in the 2011 NFL draft. He played five seasons with the Lions before spending a year (2017) in the NFL with the New Orleans Saints.

He returned to the CFL by signing a one-year deal with the Bombers, who promptly re-signed him to a three-year extension at the end of the 2018 season.