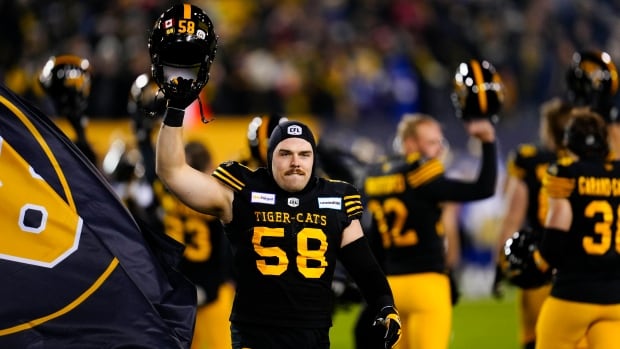 All four players are Canadians who were drafted by Hamilton.

Whyte, 24, appeared in all 14 regular-season and three playoff games last season. The six-foot-two, 240-pound Toronto native was selected in the eighth round, No. 67 overall, in the 2019 CFL draft out of St. Francis Xavier University.

Richards, a 26-year-old Montreal native, appeared in five regular-season games last year, registering one special-teams tackle. Hamilton selected Richards in the fourth round, No. 36 overall, in the 2021 CFL draft from Saint Mary’s University.

Bencze, 25, appeared in one 2021 regular-season game after spending most of the season on the practice roster. The Ticats selected the six-foot-five, 287-pound native of Peterborough, Ont., in the fifth round, No. 45 overall, of the 2020 CFL draft out of McMaster University.

The six-foot-four, 240-pound Campbell attended Hamilton’s training camp in 2019 and ’21. The Mississauga, Ont., native was taken in the eighth round, No. 65 overall of the ’19 CFL draft by the Ticats from the University of Toronto.