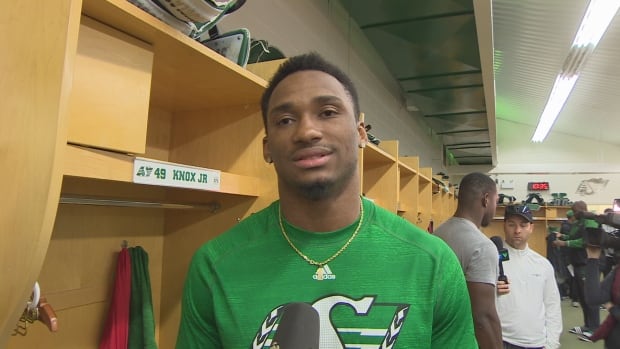 Pittsburgh police have issued an arrest warrant for a Toronto Argonauts linebacker.

The charges stem from an Oct. 23 shooting in the South Side Flats area of Pittsburgh in which two men were injured and hospitalized, said Cara Cruz, deputy public information officer for Pittsburgh Public Safety.

According to Pittsburgh Public Safety, police and paramedics responded to what is called a “Shotspotter alert” and 911 calls about the shooting at about 11:50 p.m.

When police arrived at the scene at the intersection of E Carson and S 17th streets, police found two men with gunshot wounds. They were taken to hospital in stable but serious condition.

The suspect fled in an unknown direction, police said. Officers closed the area after the shooting while they investigated.

“The investigation is ongoing,” Pittsburgh Public Safety said on its website.

Knox, not yet in custody, was born in Pittsburgh, according to the Toronto Argonauts roster.

Knox signed with the NFL’s Tampa Bay Buccaneers in 2017 but was waived and returned to the Roughriders later that year. He also signed with NFL teams in Washington, D.C., and Tennessee before being waived. He then signed with the CFL’s Ottawa Redblacks in 2019 and was released in January 2020.

He was a member of the Argonauts for the 2018 season before becoming a free agent, and then re-signed with the team in February 2020.