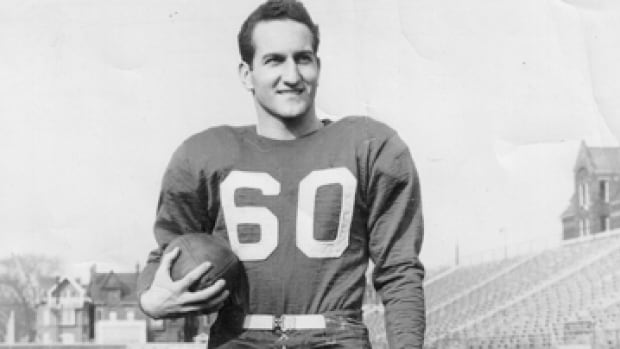 Nick Volpe, who played a key role in the Toronto Argonauts’ victory over the Winnipeg Blue Bombers in the infamous 1950 “Mud Bowl” has died. He was 95.

The Argonauts confirmed Volpe’s death in a release Monday. No cause of death was given.

He kicked two field goals in the 1950 title game — known as the “Mud Bowl” after snowfall followed by heavy rain made a mess of the field at Toronto’s Varsity Stadium — as the Argos beat Winnipeg 13-0. It was the last time a team posted a shutout in the Grey Cup.

The Argonauts are saddened to learn of the passing of Nick Volpe. <br><br>Volpe was a player and then an employee of the Argonauts for almost 70 years. A two-time Grey Cup Champion as a player, he added five more as an employee. <br><br>Our thoughts are with the Volpe family at this time. <a href=”https://t.co/VDNqlUzlh5″>pic.twitter.com/VDNqlUzlh5</a>

“Nick Volpe liked to tell the story about the time he almost drowned playing in the 1950 Mud Bowl, in which he led the Argos to a Grey Cup victory,” CFL commissioner Randy Ambrosie said on Twitter. “His passion for the game and for his beloved Boatmen never waned. He is already missed.”

After his playing career, Volpe coached the Argos’ farm team, Toronto Balmy Beach, leading the club to an ORFU championship in 1953.

Volpe returned to the Argos in 1988 and worked in a variety of roles, including several years as head of Canadian scouting.

A member of the University of Toronto Athletic Hall of Fame, Volpe helped the Varsity Blues win the Yates Cup in 1948.

Outside of football, he worked as a superintendent with the Peel Board of Education, with CFRB radio and was an isolation director for CTV football telecasts from 1972-1987.